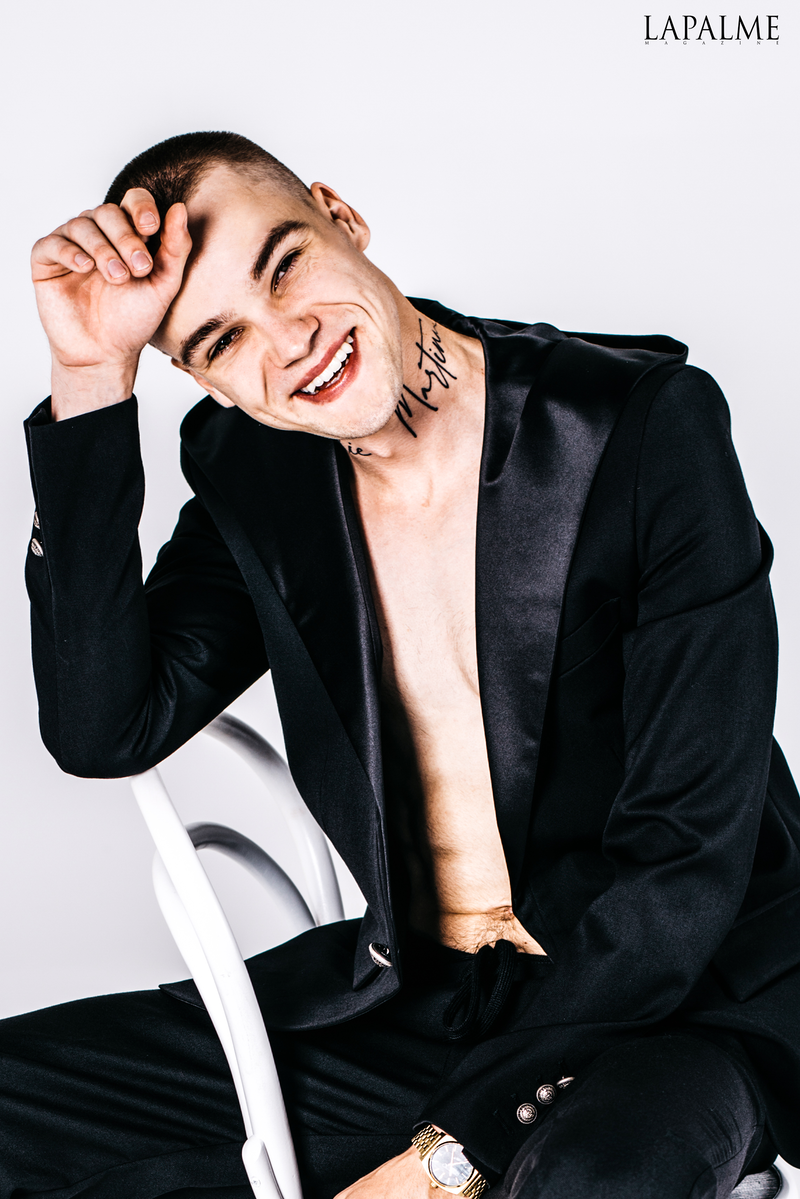 Mikoláš Josef is an accomplished Czech singer, songwriter, music producer, music video director, and choreographer based in Vienna, Austria. Mikoláš holds the title as the most-streamed Czech Artist to date. In 201, he was listed in Forbes 30 under 30 and as a member of the London Academy of Music and Dramatic Arts, he was awarded a Gold Medal with Distinction for Solo Acting at the age of 18.

We sat down with Mikoláš to discuss his start, his life and what is to come in the near future from the former model and owner of the independent record label – Vivienne Records.

LM: How did you initially get your start in music?

MJ: My family is musical. There were always instruments lying around so I started playing them since I could hold onto them. I had my first studio recording at 14. I regret not starting earlier but the music business is largely undeveloped where I come from. Had to carve my own way

LM: What factors played into your ending up in the pop music scene?

MJ: I went through all genres and stages. Now I believe there are only two types of music. Good or bad. I don’t differentiate between styles anymore.

LM: Do people treat you different since transitioning from regular guy to a celebrity?

MJ: The most significant hype came after Eurovision 2018. My Instagram went up by crazy numbers after a 3-minute performance. That was when I moved from playing on the street to stadiums pretty much. The transition was hard to take as it came fast. Losing my privacy and becoming a public figure is just something you have got to get used to before feeling any comfort in that position.

LM: Did you ever envision yourself singing when you were young?

MJ: I have dreamed about singing every minute since I first heard music.

LM: You started acting, then transitioned to modeling and finally music. What made you switch?

MJ: There was never really a switch. Modeling was just a way to fund my productions, as were many jobs I took on at that time. I used to clean the studio every week, and for that, they would give me one free day a month. I love acting, but I love music more.

LM: What do you like to do for fun?

MJ: I like to read a lot. I just got done reading Factfulness by Hans Rosling. I am also really into movies. The new Joker movie is astounding.

LM: What songs are on your playlist?

MJ: All that are relevant and set the pace. So on Friday, I listen to see which artists got the chance to be pushed and what the new releases from the big fishes sound like. Nearly every day, I check the top 50 along with the Billboard chart.

LM: What is it like being the most successful Czech singer in Eurovision so far?

MJ: It feels nice, but that’s in the past, and I have to move forward. It’s nice to see development now on the Radio. My latest single Acapella peaked #1 here and #2 in Poland. The song I went to the ESC with might have over 27.5 million spins on Spotify, on the radio here I only got to 52.

LM: Busking was in some ways your start with music, will you continue playing in the streets?

MJ: I did learn many things on the street, especially regarding performing and the relationship and modesty you must have as a performer.

Playing big stages is easy, but on the street, you have to get strangers to stop whatever they are doing and listen to you. That’s the best music school you can go to. After I got arrested in Vienna for it, I said to myself I have to stop and never went back.

LM: What can your fan base expect from you in the future?

MJ: I have a tour coming in December, which should be a lot of fun and my next single coming. I am just in Canada doing songwriting at the moment.