Home » THE LISTENING ROOM – PANIC! At The Disco 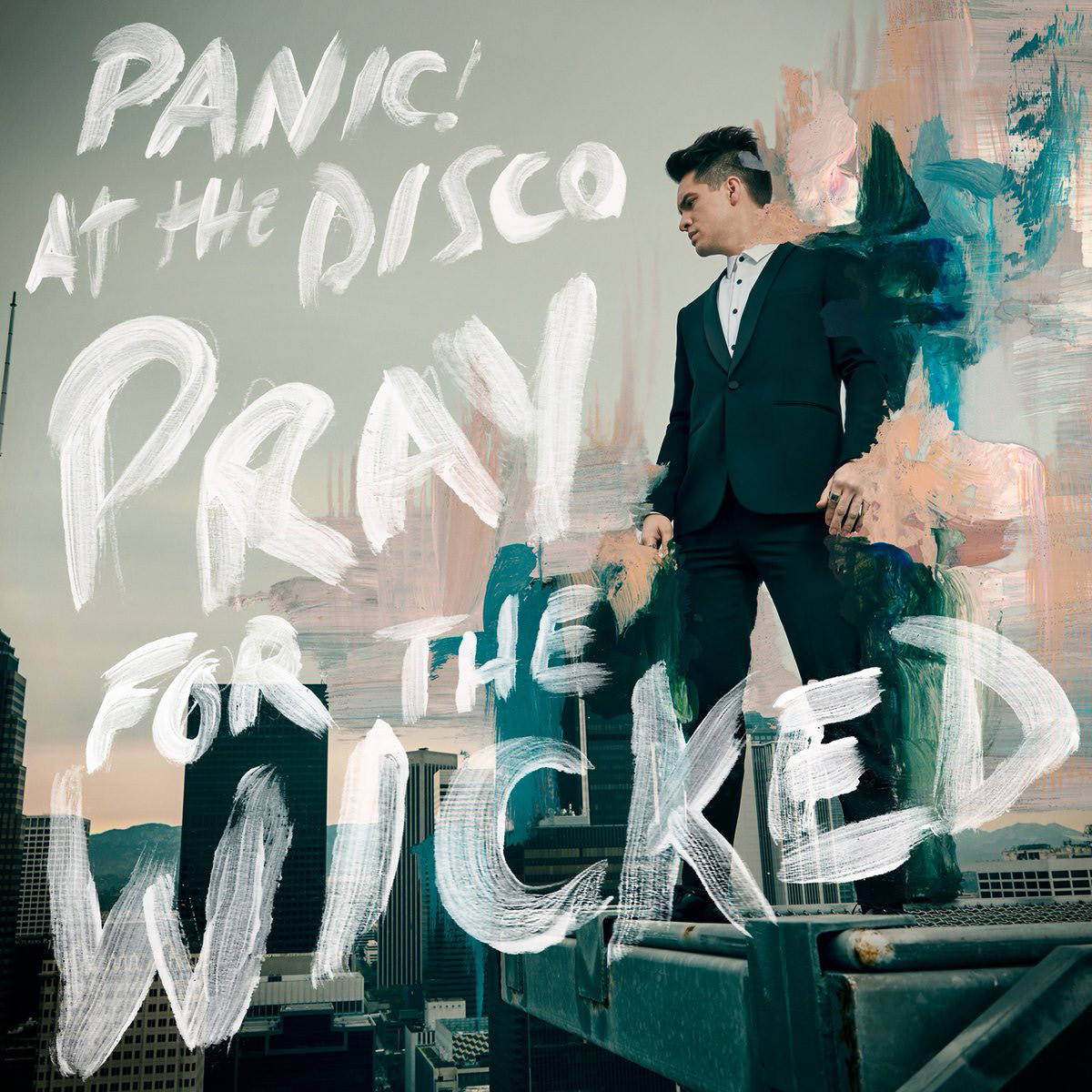 Unleashing an assertive, feline-esque dominance with such style it can only be described as dreamy.

Despite shedding members like they were going out of fashion, Panic! At the Disco’s frontman has just released his band’s sixth studio album, Pray for the Wicked. After releasing four albums with slightly different lineups each time, Panic! At the Disco has become a one-man outfit with lead singer and multi-instrumentalist Brendon Urie.

Over the last decade, Panic! At the Disco has taken on many personas: the pop-punk starlets of 2005’s A Fever You Cant Sweat Out, incomparable Beatles enthusiasts in 2008’s Pretty Odd and pop rock powerhouses in 2013’s Too Weird to live, Too Rare to Die! But this proved to be Panic! At the Disco’s most successful era yet; Death of a Bachelor debuted at #1 on the Billboard chart and earned Urie his first Grammy nomination for Best Rock Album. Low-key collaborations with friends at his home studio resulted in the unexpected Pray for the Wicked, Panic! At the Disco’s sixth studio album and second with his one-man lineup-the first time they’ve had the same lineup for two consecutive albums. Brendon Urie is one of the most irrepressible characters in music, who would’ve guessed he would emerge as the master of reinvention?

Opening with two previously released singles: “(F**k a) Silver Lining” and “Say Amen (Saturday Night)”; each with a different vibe. While most of the album is characterized by either upbeat or contemplative bent, “Say Amen (Saturday Night)” has a darker, sexier sound than the rest of the album. This track is the most rock found on the album switching from a smooth opening into a mix of chaotic pop and fun vocals. While this album has some similarities to 2016’s Death of a Bachelor it also builds on it.

“Hey Look Ma, I Made It” has sonic synths twisting around hand-clap bass while remaining calm compared to the rest of the album. Giving us an uplifting listen, Urie brings the New Orleans street parade to you in standout track, “High Hopes.” With a brass band opening that dissolves into throbbing percussion with an amazing ability to weave these contrasting styles together seamlessly.

“Say Amen” features one of Urie’s strongest vocal performances to date, thank you to that ludicrous high note as the song reaches its climax (he undertook breathing training for his role in musical Kinky Boots.)

In “Roaring 20’s” and “Dying in LA,” Urie describes some of the difficulties he’s faced while pursuing fame. In the latter, he realizes that celebrity life isn’t all its cracked up to be. “Dying in LA,” the standout song on the album is a subtle piano ballad that Urie wrote with American actress and singer Morgan Kibby. Abandoning the defiant instrumentation, Urie opts for sweeping, cinematic strings and strong, emotive vocal work.

Depending on your taste, this album has a bit of everything: the jazz and big band aficionado, the pop idol and the musical geek.