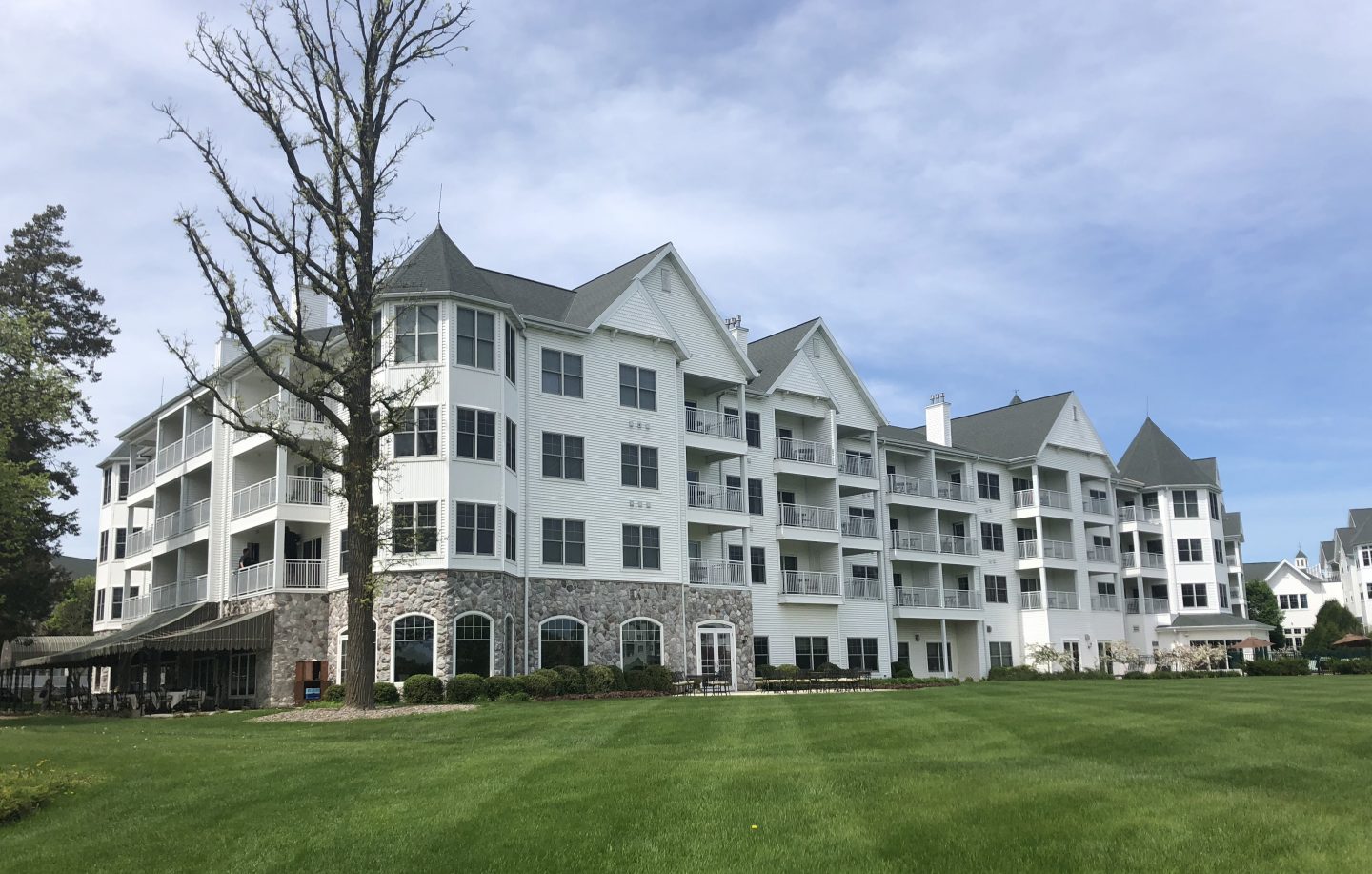 GET A TASTE OF WISCONSIN FREEDOM

Whether it be a celebration of freedom or a destination to unplug and get away, I have found the Holy Grail in Elkhart Lake, Wisconsin. Within minutes of beginning the one hour drive from Milwaukee airport I could feel my shoulders drop and my breaths lengthen. With a year round population of 967, you’ll find a locally owned and operated place full of small shops, chef owned restaurants and a unique and interesting history.

Legend has it that the Potawatomi Indians, the original tribe of the area, named the lake because the shape resembled an elk’s heart. The Native Americans believed the lake’s water possessed restorative powers. If bathed in, they would be “rejuvenated and handsome again.” To this day, due to the tens of thousands of springs that feed the lake, it is considered to be one of the cleanest lakes in Wisconsin. It was this claim that attracted the notice of the German-born hoteliers who ultimately built the area’s resorts. Among the first to come was Otto Osthoff and his family.

The story goes that Otto Osthoff and his wife, Paulina came to the area from Milwaukee. Mrs. Osthoff suffered a nervous breakdown and the physician recommended that she be sent to this place (Elkhart Lake) to recover. When Paulina regained her health, they bought a farm at the foot of South Lake St and built the Osthoff Hotel, which opened in 1886 and was initially called the Munsterland Hotel. Surviving as a gambling haven and a Prohibition-era hideaway for gangsters, the Osthoff is still going strong 130 years later.

In the 1950’s, the resort changed hands and became a theatre arts camp for children of wealthy mid-west families, where its arts influence is still prevalent today. Most of the business owners I’ve met along the way attended the theater arts camp as children and have such an affinity to Elkhart Lake, that they returned and built businesses. Despite the resorts luxury amenities and AAA Four Diamond status, the Osthoff really felt more like a cozy retreat and proved to be the perfect place to leave my cell phone behind to explore the lake.

By Minnesota standards, Elkhart Lake itself is not big. Its only about 4 miles around and 120 feet at its deepest point, making it the fourth deepest lake in Wisconsin. Geologists call it a “Kettle lake,” named because of its bowl shape, which was formed during the Ice Age by the scouring action of stadium sized chunks of glacial ice. During the early 19th century, Native Americans who lived in the area called the lake “Lake of Thunder” because in cold months the flowing springs underneath caused the winter ice on the lake to crack with tremendous sound. The lake itself and the natural rolling hills, perfect for the road races the area is known for, are all attributes of the glaciers that covered this region about 10,000 years ago. That piece of geologic history is best understood by hiking through the Kettle Moraine, an area conserved in a vast tract of the forest just north of Elkhart Lake. The forest contains a prime, 30 mile portion of the Ice Age Trail, which winds for 1,000 miles through most of Wisconsin. During her career with the Wisconsin Department of Natural Resources, park ranger Jackie Scharfenberg has led countless visitors through the area she loves to hike.

“Over 600,000 people a year visit the northern unit of the Kettle Moraine,” Scharfenberg told me as we hiked through the U-shaped glacial valley. “Our visitors can do so many things. They hike, they ride horses, ski and snowmobile. With that volume of people, our main focus here is recreation. We manage all the human beings in the forest.”

Just a few miles north of the Kettle Moraine is the vast Road America motorsports complex. Road America’s track is 4.1 miles, full of both left and right turns, inclines, hills, and corners. It is among the best road tracks in the world and in 1969 it was at Road America that actor Paul Newman first began auto racing. From 1950 – 1952 the races were held in the streets of the village. The first race drew 5,000 spectators. It drew 50,000 the next year and 100,000 the year after. As the cars became faster, town officials felt that racing without adequate safety barriers was untenable, but the racing seed was planted. In 1955 the Road America course was built. Now, drivers, crews and spectators pack the stands several times a year for NASCAR, Indie Car and vintage car racing events. Even when theres no racing going on, the track is worth a visit to experience ATV rides, racing schools, zip lining and even paint balling.

If one tires of racing or hiking, Elkhart Lake offers plenty of speciality shops, small museums and hands-on activities. Among the best is the cooking school at the Osthoff, L’ecole de la Maison. When you first step into the polished, gleaming kitchen, full of granite counter tops, restaurant style stoves and rows of hanging stainless steel pots and pans, you immediately get a sense that a genuine culinary experience is in the offering. Under the direction of the resort’s Chef Benjamin Sommerfeldt, you don’t sit and watch a chef prepare food for you, you can prepare an elegant multi-course meal with your spouse and learn a few new culinary skills along the way. Many of the ingredients come straight from the resort’s garden so be sure to take a little tour.

The Aspira Spa at the Osthoff Resort offers treatments that are reflective of the history of the area, many incorporating Native American practices and ingredients (many of which are grown in the resort’s garden!) They’re all designed to encourage living in the moment and heighten your spirituality. For some, the 22 treatment rooms, mediation sanctuary, fireplace, cafe and whirlpools have become a destination of their own.

The treatment begins with a steam bath, exfoliation and then a moroccan hot oil massage and finishes with a cup of jasmine tea. “We have a sacred massage, too, which takes its name from the waters of Elkhart Lake and pays homage to Native American tradition. We gather water from the lake, heat it, put it in deerskin pouches and place it on the chakras of the body. We also have an elderberry facial using wild elderberries from near here and ones we are now growing,” Lola Roeh, longtime general manager at the resort, explained as we toured the report’s spa.

There is never a problem finding a place to relax in Elkhart Lake, but this tiny hamlet in rural Wisconsin can not escape my need for an adventure. I stumbled upon Vintage, owned and run by Jaclyn Stuart, a sommelier who caters to the locals and vacationers with a selection of 250+ handpicked wines from around the world. Surely wine is poured everywhere, but more interesting is partaking in Wisconsin’s favorite mixed drink, the brandy old fashioned. Mixing it correctly involves a process called “muddling,” which basically entails smashing fruit and sugar in the bottom of a glass with a pestle. Every bartender gets good at this quite quickly.

Kicking back and relaxing, either in a local tavern or on the balcony of one’s hotel room, with a brandy old fashioned in hand, is a wonderful way to end any day in Elkhart Lake.