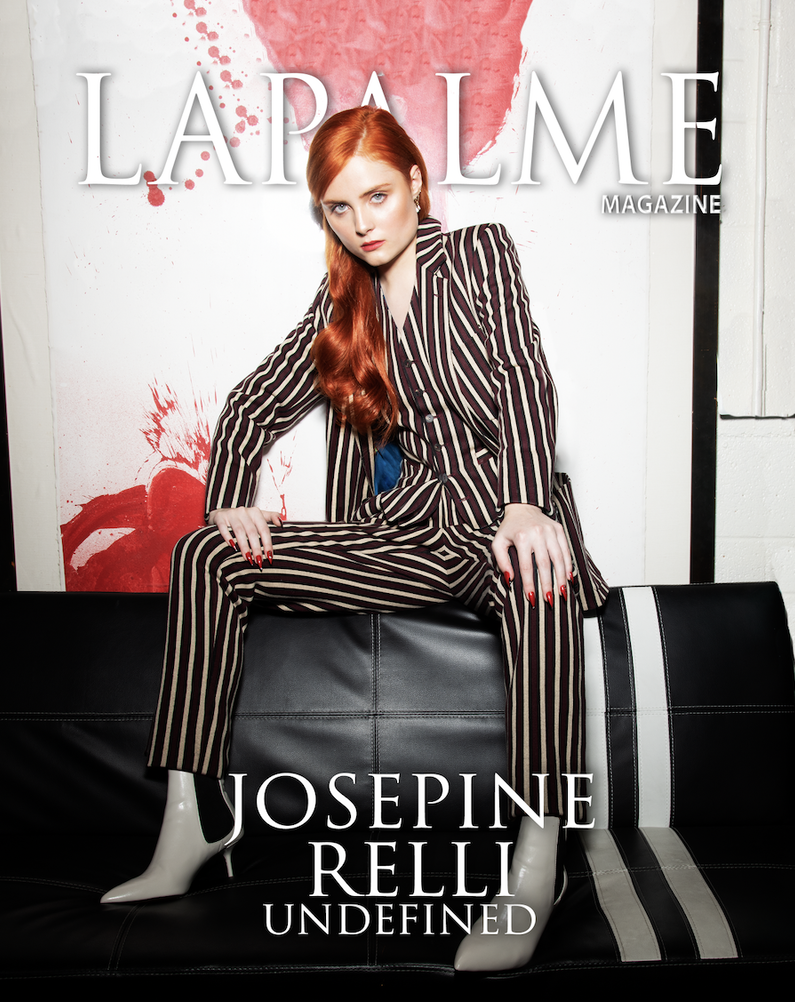 Singer, model, and actress Josephine Relli has carved out an impressive career for herself. At just 20 years old, she has managed to do early in her career as an artist what some have struggled to do for years with theirs, which is: to remain undefined. As a child, Josephine loved to sing, and her parents knew early on that she had a gift. But it was at age 13 when she began taking voice lessons to further understand her voice that she began to perfect her gift. Seeing her potential, her vocal coach offered her the experience of a lifetime which was to create her very own album. “He asked me one day if I’d ever thought about writing music and creating something. I agreed to do it because it sounded like fun. But it was through the process of creating that first album where I realized that it was something I could do. That sparked my interests, and it has stayed with me ever since.” Soon thereafter, Josephine released her debut album, “Miscellaneous.”

In discussing “Miscellaneous,” Josephine looks back on it with fond memories as she gained hands-on experience in understanding what it takes to produce an album from beginning to end. “I got to learn the process of putting a song together and there’s a lot that goes into it. You hear a finished song that’s maybe two or three minutes long and you think that wasn’t so bad to put together, but you have to write it, then produce it, record it, get all of the musicians together and then market it, etc. So, there’s a lot that goes into creating a song that I never realized.” Although arduous, she immediately fell in love with the entire process, further solidifying her desire to pursue music professionally. In a humble voice, she also gives thanks to those that helped her and credits that experience with having taught her firsthand knowledge of how a musical project comes about as well as helping her shape her own creative process.

Now an adult, Josephine has mastered her creative process. She gives me an inside view of what that process looks like when she’s creating new music. “I pull a lot from my own experiences now because back then, at 13, I really didn’t know what to write about. So, my own experiences help to create my music.” She recognizes her evolution as an artist and her ability to create on her own, now understanding everything from the direction of a song to the sound, message and story, to the imagery for video concepts. She usually starts with the lyrics and from there develops the story of the song and finishes with the sound. Even though most of her music comes from her own experiences of being a young woman and dealing with everyday emotional rollercoasters, such as romance, she does use the experiences of others to help fuel her creativity too, putting pen to paper and developing musical poetry that permeates her generation. “I’m an empath, which is great for creating, but not the best for everyday life,” she says in a burst of shy laughter.

At the opening of our interview, we note that Josephine is undefined. She has intentionally avoided musical genres, opting instead to let the music speak for itself. She’s heavily influenced and inspired by the music of yesteryear and from such musical legends as Ray Charles, Frank Sinatra, and Sam Cooke; however, she hasn’t allowed it to place her in a specific box. Speaking on her decision to not pick a specific genre for her music, she says, “I find that when I write, each song has a slightly similar sound because they’re all coming from me but they also each go in slightly different directions. When I was asked what type of genre of music I do, I would always say I don’t know because I couldn’t come up with one specific term to describe it. So, I decided from there, maybe I just don’t pick one. Maybe I’ll choose not to have a specific genre label. The decision kind of happened on its own just based on where the music went. I guess it does distinguish me to the degree that it allows me to do what feels natural. I don’t have to force a song to be a certain sound. I can let it run on its own.”

Although her love affair with art and creating started with music, Josephine has expanded her creativity to include acting. In 2017, she made her debut as an actress in the short film directed by Oscar-nominated actress and director Chloë Sevigny entitled “Carmen.” Having had the experience to act and express herself artistically in different avenues, Josephine hopes to add more films to her resume. Like her music, she hopes to be a genre-less actress too. “I’m open to doing any genre of film. Obviously, a big motion picture would be amazing. I think learning all of the stunts for an action film would be a cool experience. A musical of some kind would be great too. I’ve also thought about Broadway.” Always studious, Josephine really takes the time to learn her artform and understand exactly what it requires from her. “I think the artistic expression in film is different than with music. With music, I process my own emotions through what I’m writing, while when I’m acting I’m pretending to be someone else. It’s like a healthy form of disassociating. It’s less of me processing my own emotions and more of me being able to escape for a bit.” Her unique look has also allowed her to venture into the world of modeling, garnering work with such iconic brands as Macy’s. She’s also looking to expand her artistic endeavors to the world of entrepreneurship and hopes to create her own makeup, skincare, and fashion lines in the future.

We return our conversation back to what has placed her in the pop culture landscape which is the music. Despite the COVID-19 pandemic slowing things down a bit, Josephine has remained tenacious and motivated. With high anticipation for her next project, she is excited to share with her followers and the world her new music set for release later this year. Having collaborated already with such artists as BrokeBoii and rapper Kay-Ree, Josephine looks forward to one day working with some of her inspirations, like Sam Smith, John Mayer, Lizzo, and Bruno Mars as she not only enjoys their music but also their writing styles and distinct musical sounds.

When closing out an interview, I always like to ask each person to think towards the future about what they believe their legacy will be. Simply put, Josephine says, “I hope that my legacy will show that I chose to be authentic throughout my career and stay true to myself. I’d like to inspire people to do the same and show that you don’t need to be something else or someone else to be special or important. You’re already important just as you are. I think that would be my legacy.”