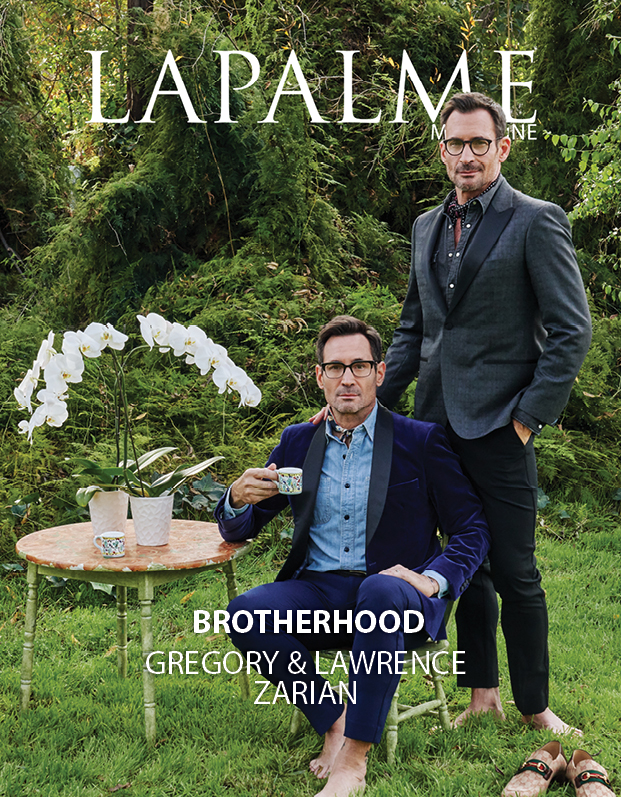 To many, Gregory Zarian isn’t a household name, but you’d definitely recognize his face from commercials & campaigns with  brands such as BMW, McDonald’s, Twix,  Buick, Purina, and Dunkin’ Donuts. Gregory’s TV work includes, “Counterpart,” “Bones,” “Castle,” “General Hospital,” “Venice the Series.” and is currently recurring on HBO’s “Westworld” Gregory got his start in 1986 when a soap opera representative discovered him while he was working as a sales clerk. That led him to his first on-screen role on the hit soap opera, “Days of Our Lives.”

His twin brother, Lawrence Zarian is one of the most sought after on-camera lifestyle and fashion experts in the television industry. Lawrence has over 20 years of on-air experience and he’s also author of the successful fashion Bible, “Lawrence Zarian’s 10 Commandments for a Perfect Wardrobe.” His book breaks down how to maximize one’s wardrobe and style potential while also emphasizing the importance of a healthy and happy mind, attitude and lifestyle.

LAPALME had the chance to sit down for an interview with the California natives and here’s what they had to say.

Lawrence, what age did you start modeling and how did you get into modeling?

My twin brother was modeling around the world at the time that I was writing soap operas. I just thought I was working too hard. If Gregory can model, so can I. so I stopped everything I was doing, moved to Milan, didn’t work as much as I wanted. So I came back to New York then LA and started working more. Once I was consistently busy, I thought my looks would somehow fade so I looked for another outlet. There was a ton of people on television talking about fashion and they didn’t look the part so I thought “how can you talk about fashion if you aren’t living it?” from then on, it all changed.

Do you think style is innate or taught?

Gregory, your appearance is obviously important, but what do you do to stay both mentally and physically fit?

Mentally, I do all that I can to get out of my head. We’ve both been sober for 14 years, so we’ve learned not to pay mind to things that don’t positively serve us. I do my best to stay quiet and I talk to God all the time. Physically, I work out four times a week and I’m an avid spinner.

Lawrence, you’d done a billion makeovers, what are some tips for women that want a television makeover without the embarrassment?

Go to your local department store, leave your ego/baggage/insecurities in the car and have a sales associate dress you in what THEY think you will look best in. Buy at least one piece and introduce in your wardrobe. You must wear the new piece within a week or it will get lost in the other closet clutter.

Gregory and Lawrence, you both often appear together giving grooming advice and doing makeovers. What is the #1 mistake most people make when it comes to choosing clothes?

G – in my opinion, its more than one. A few being wrong size, wrong style/trend and they are not entirely comfortable in what they are wearing.

L- wearing clothes too tight. Dress for style, not for size.

Photographed by: The Rikers Brothers