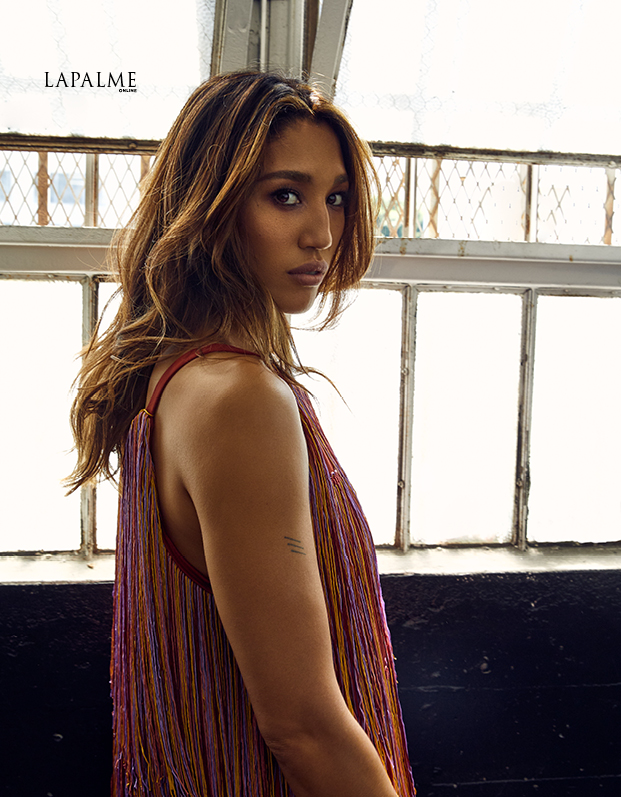 Growing up on a horse farm outside of Vancouver, Canada Jennifer Cheon Garcia grew up aspiring to be a bad-ass woman. At 19, she transitioned from modeling to acting with a role in the film, Eve and the Fire Horse. Since then, she’s appeared in a plethora of films and TV series including, Minority Report, Arrow, Lucifer, Supernatural, The 100, Travelers and most recently Van Helsing. Jennifer sat down with LAPALME to discuss what she loves about her role in Van Helsing and why she loves Tae Kwan Do.

LM: You’ve done acting, modeling, theater and film – which would you consider to be your favorite?

JG: I love acting because I always wanted to be a badass. When I was six years old, I watched Linda Carroll Hamilton in Terminator and became obsessed with the idea of that being me. I’ve been a badass ever since.

LM: How did growing up in a small town help shape who you are today?

JG: I think it had so much to do with the way I turned out. I live in the city now, but going back to the farm reminds me how much of a country girl I really am.

LM: When you signed on for Van Helsing you were only supposed to be on for two episodes, but your role kept getting extended. How did that change the way you approached Ivory?

JG: Its a different process. Typically, when you sign on for a show and its already been decided its for a limited number of episodes, there’s an arc that’s been discussed. In this case, it kept building and building. Every time you get a script, you learn a little bit more about who she is and what it’s all about. You have to interpret and work with the writers to figure out the trajectory. It was a fun surprise every time.

LM: We know you can’t say too much, but what can you tell us about Ivory’s storyline to come?

JG: You’re going to see her figure out who she is as a human – she didn’t get to do that the first time around.

LM: DO you like Ivory better as a human or a vampire?

JG: That’s a hard question because I love seeing the softer side of Ivory. I love that she’s a human, and I want her to find peace because she’s almost 1000 years old and doesn’t know who she is.

LM: Art and fitness have played a big role in your life. Can you talk a bit about that and your recent journey with Tae Kwan Do?

JG: The arts saved my life. I truly believe that. I grew up in a small town in Canada predominantly white. I didn’t fall into any boxes, being that I am a mixed race. In Korea, Tae Kwan Do is the art of discipline. I used to do Tae Kwan Do with my father so I figured why not go through the belt system. I am a brown belt, two away from a black belt. I’m also trained in Ju Jitsu and Capoeira.