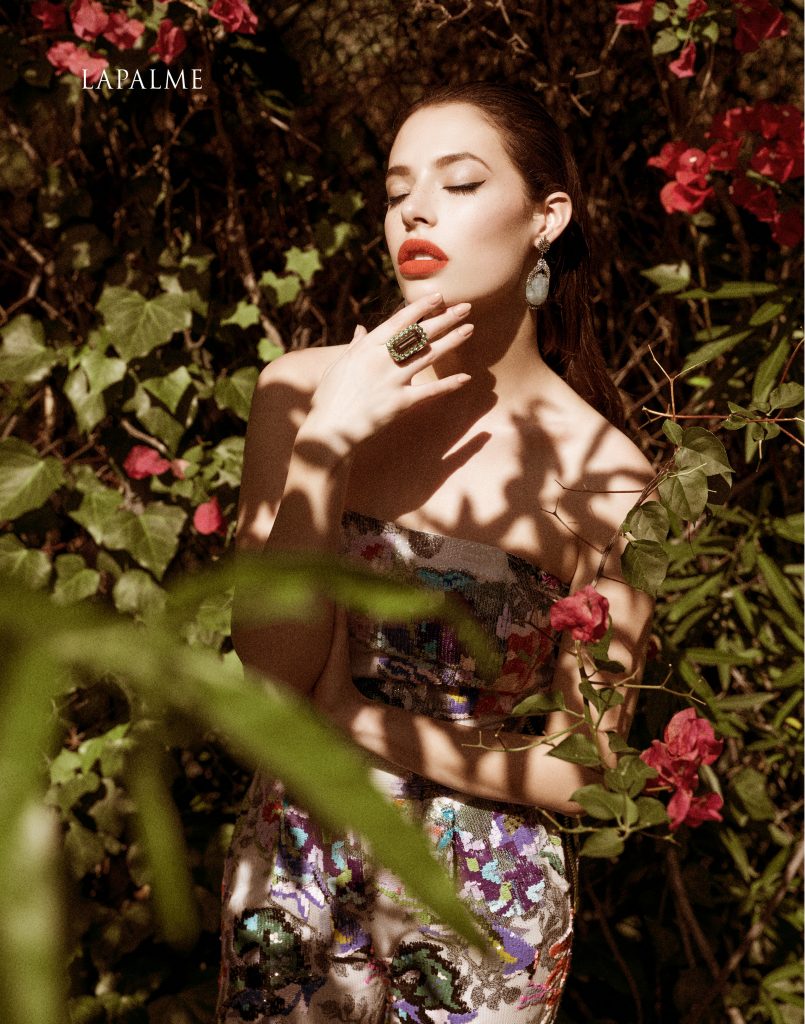 Csarite is a unique stone that is 10,000 more times rarer than a diamond because of its low yield. It is so exclusive that it can only be found in the lush Anatolia mountains in Turkey and is meticulously excavated at a height of more than 3,000 feet. What is so crazy about this rare gem is that it, up until recent years it had been left undiscovered for over 100 million years.

Most color changing gemstones that are known in existence is only capable of changing up to two colors. Unlike most gems, Csarite has the ability to go beyond two colors. The gemstone’s exciting color-changing feature can display a spectrum of colors under different light sources. Under natural light, it is a beautiful neutral amber color but can change from deep green under white light to berry colors in darker lights. The neutral coloring makes the stone versatile The stone can effortlessly go from day to night, pairing with a wide and endless amount of colors. What is particularly special is while most gemstones use treatments to create deceiving enhancements to its appearance, Csarite is true to its color and is all natural.

The creator of the gemstone has worked with several high-end jewelers to design capsule collections using the stone including Erica Courtney, Graziela Gems, Dawes Design, Katie Diamond, Ana-Katarina and more. The stone was spotted all over the red carpet this past awards season, from the Golden Globes to the SAG Awards to Oscar night.

Here are some of the hottest CSARITE red carpet moments 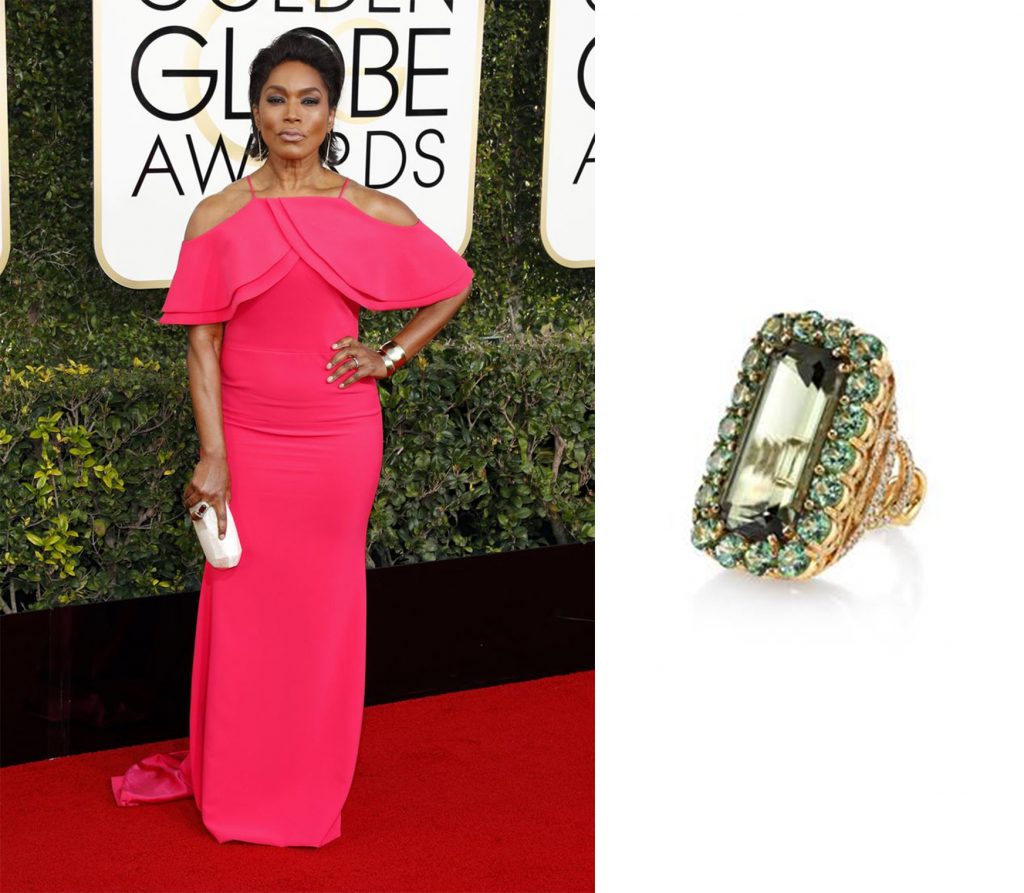 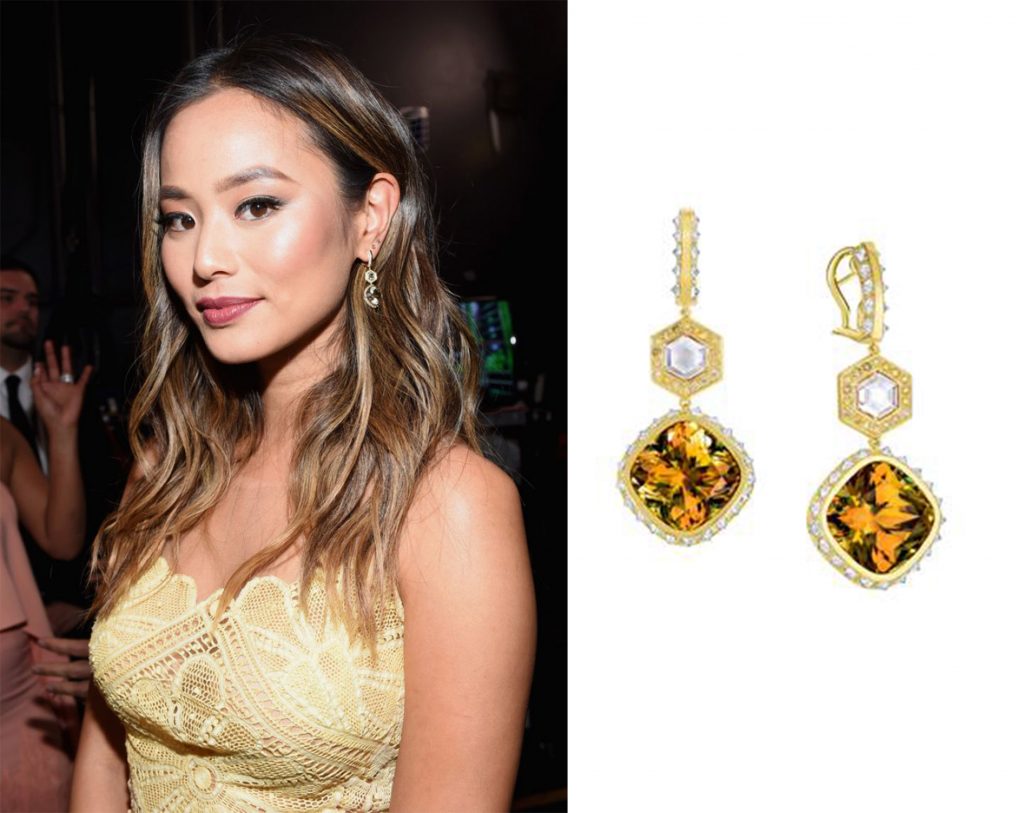 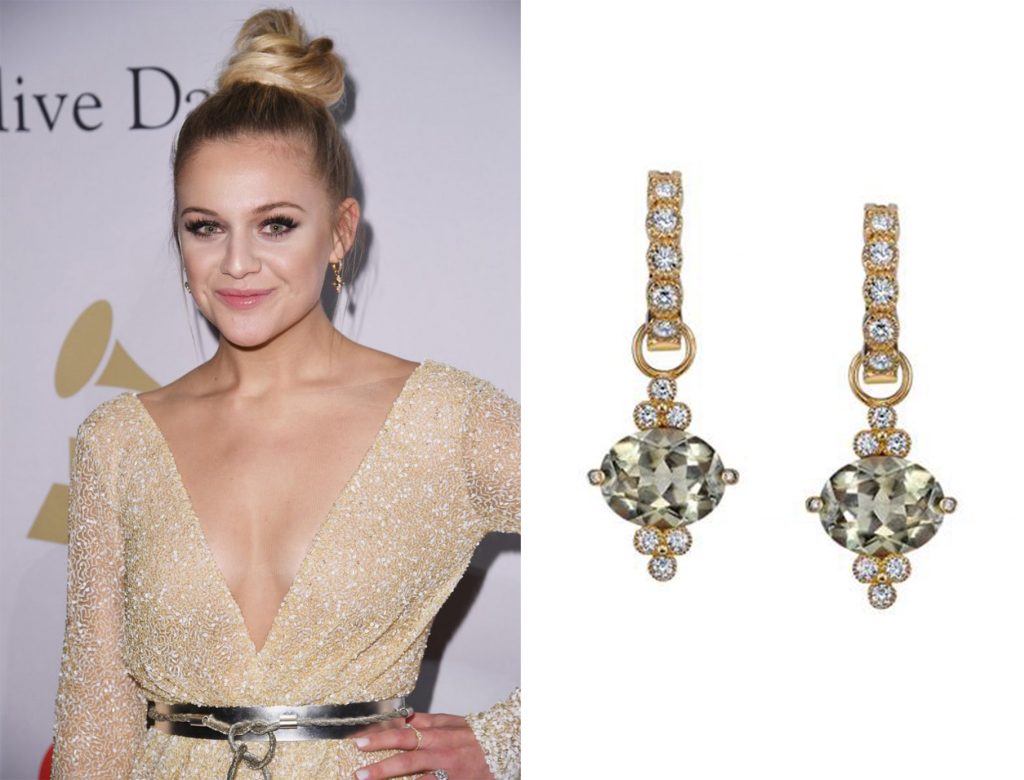 Gina Rodriguez in Dawes Design for CSARITE at the SAG Awards 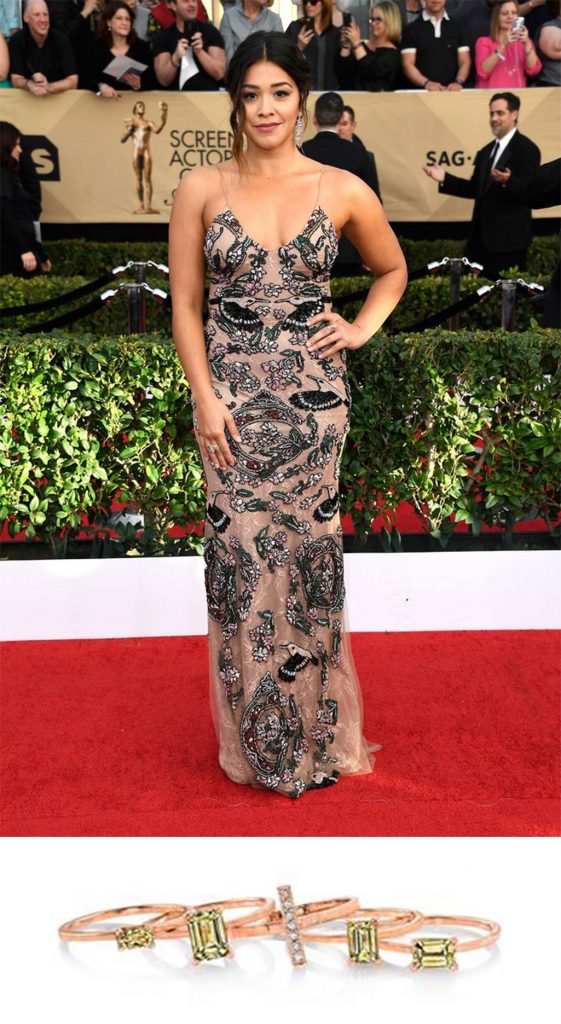