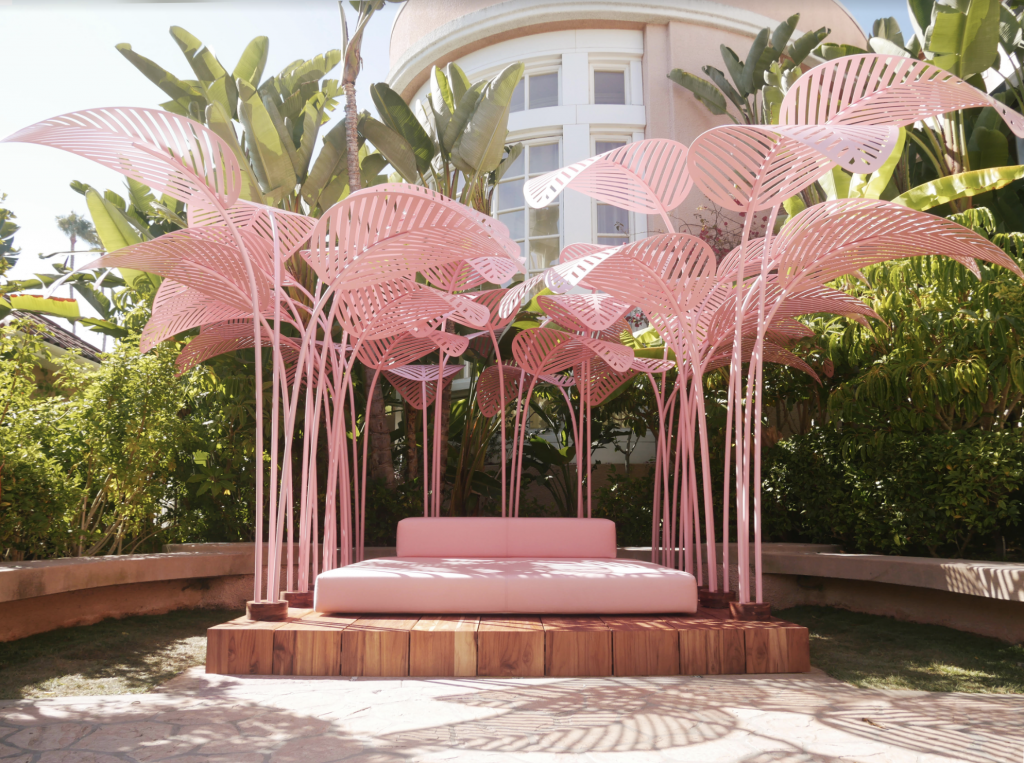 Le Refuge, the renowned pink daybed designed by Parisian Artist and Designer Marc Ange, will be at The Beverly Hills Hotel in an exhibit curated by Art and Design gallery Leclaireur LA from August 9th to August 23th. Marc Ange first unveiled Le Refuge during Milan Design Week on April 2017, in collaboration with Wallpaper magazine and The Invisible Collection (www.theinvisiblecollection.com). The piece was and continues to be extensively featured on social media under the hashtags #lerefuge and #marcange, earning it the title of ‘Most Instagrammed Piece of Milan Design Week’ by worldwide media outlets. As the name itself suggests, Le Refuge is a place where one finds comfort and peace, it provokes an escape from reality to a jungle-like dream. “​It is the projection of a childhood memory. Its large leaves form a shelter under the sun, away from reality, just like those of the imaginary jungle that grows in the room of a child who seeks escape” says Marc Ange, who drew inspiration for the creation of the piece from his new life in Los Angeles. “With its iconic pink facade, legendary history and magical setting, The Beverly Hills Hotel is a great setting to showcase Le Refuge”, he adds.

The exhibit is located in the citrus garden leading to the pool and is open to in-house guests and visitors from August 9 to August 23. Please refer to Concierge for additional details and directions. After the two-week exhibit at The Beverly Hills Hotel, Le Refuge will be placed within the Leclaireur gallery at 450 N Robertson Boulevard. 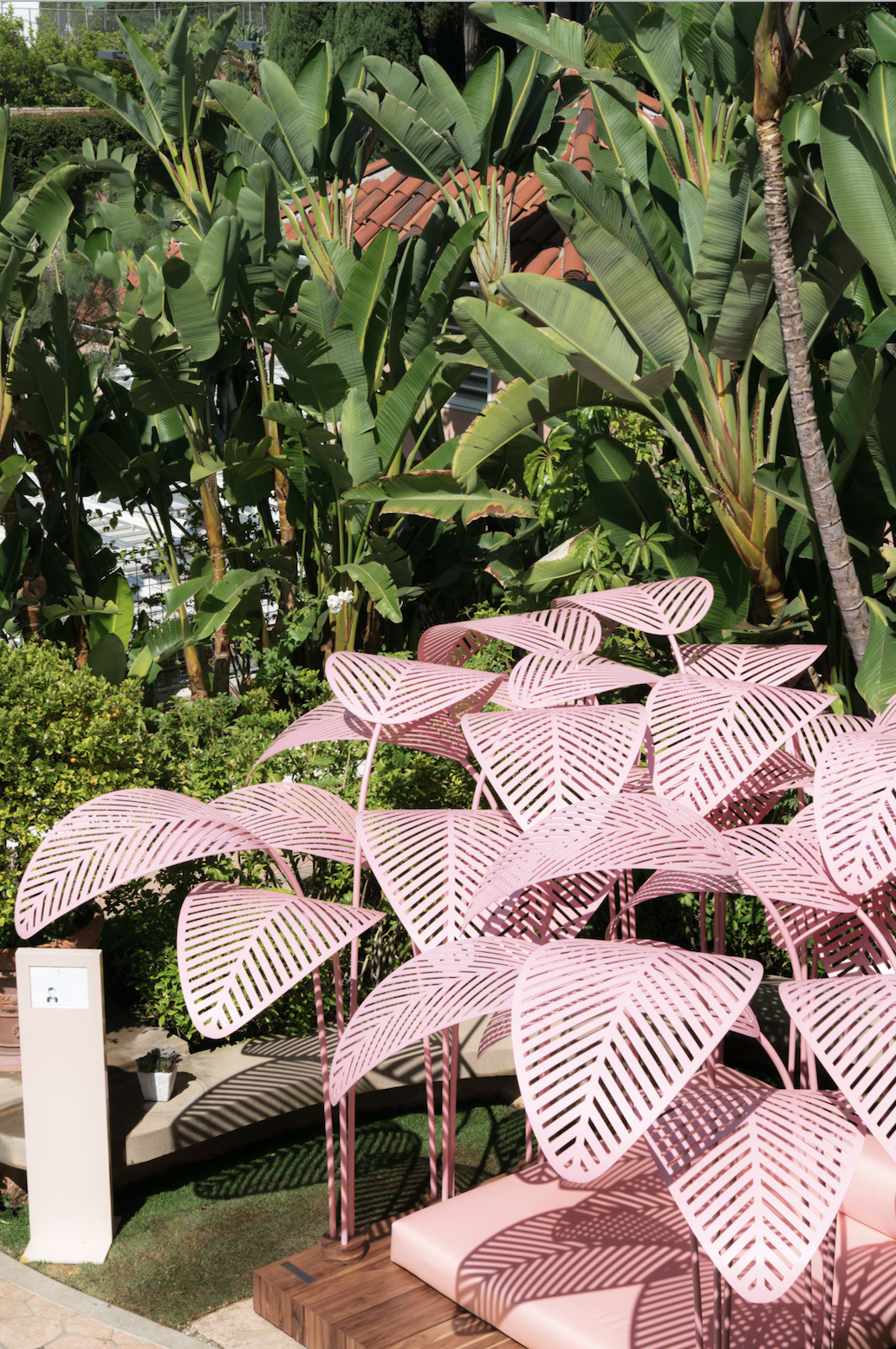 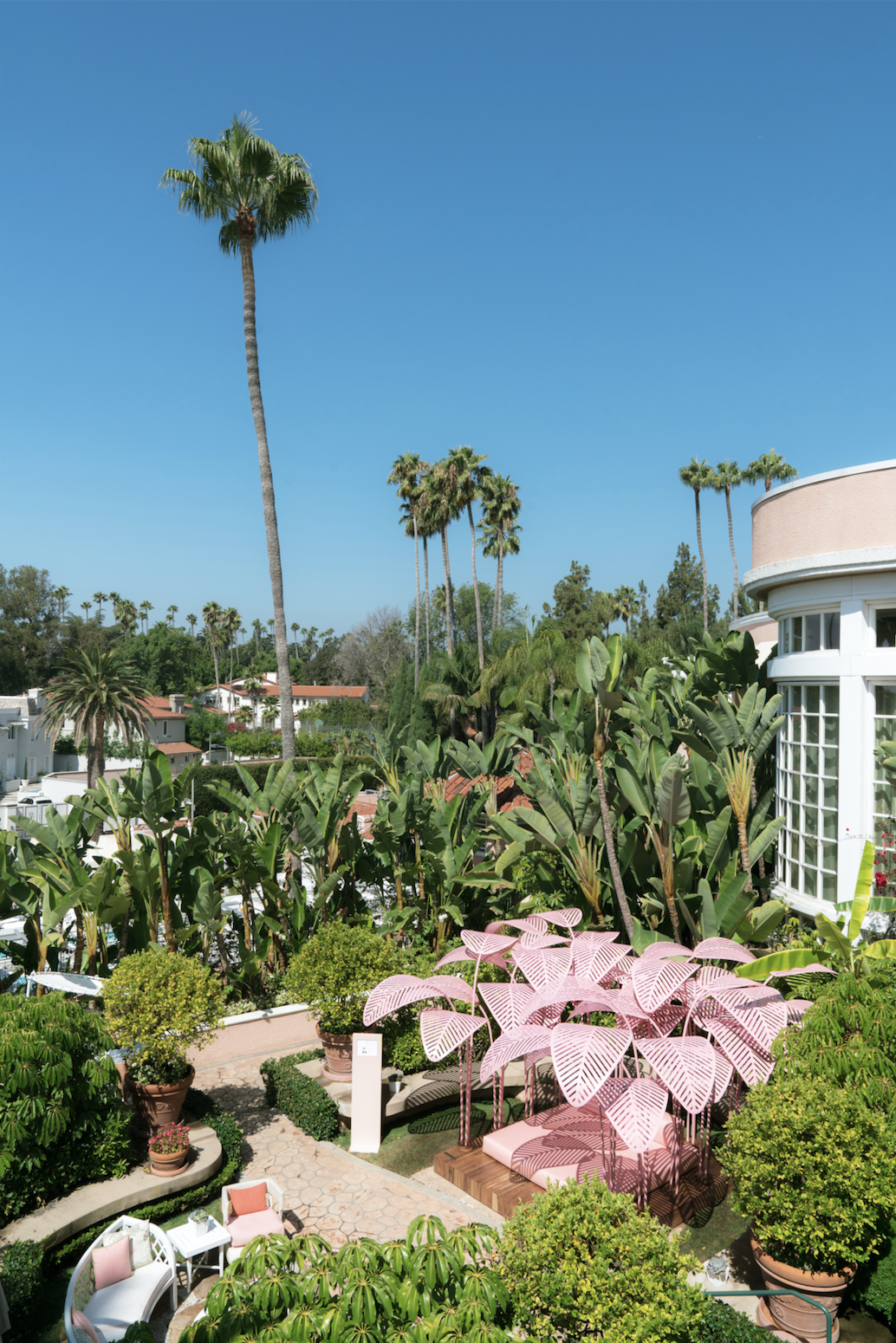 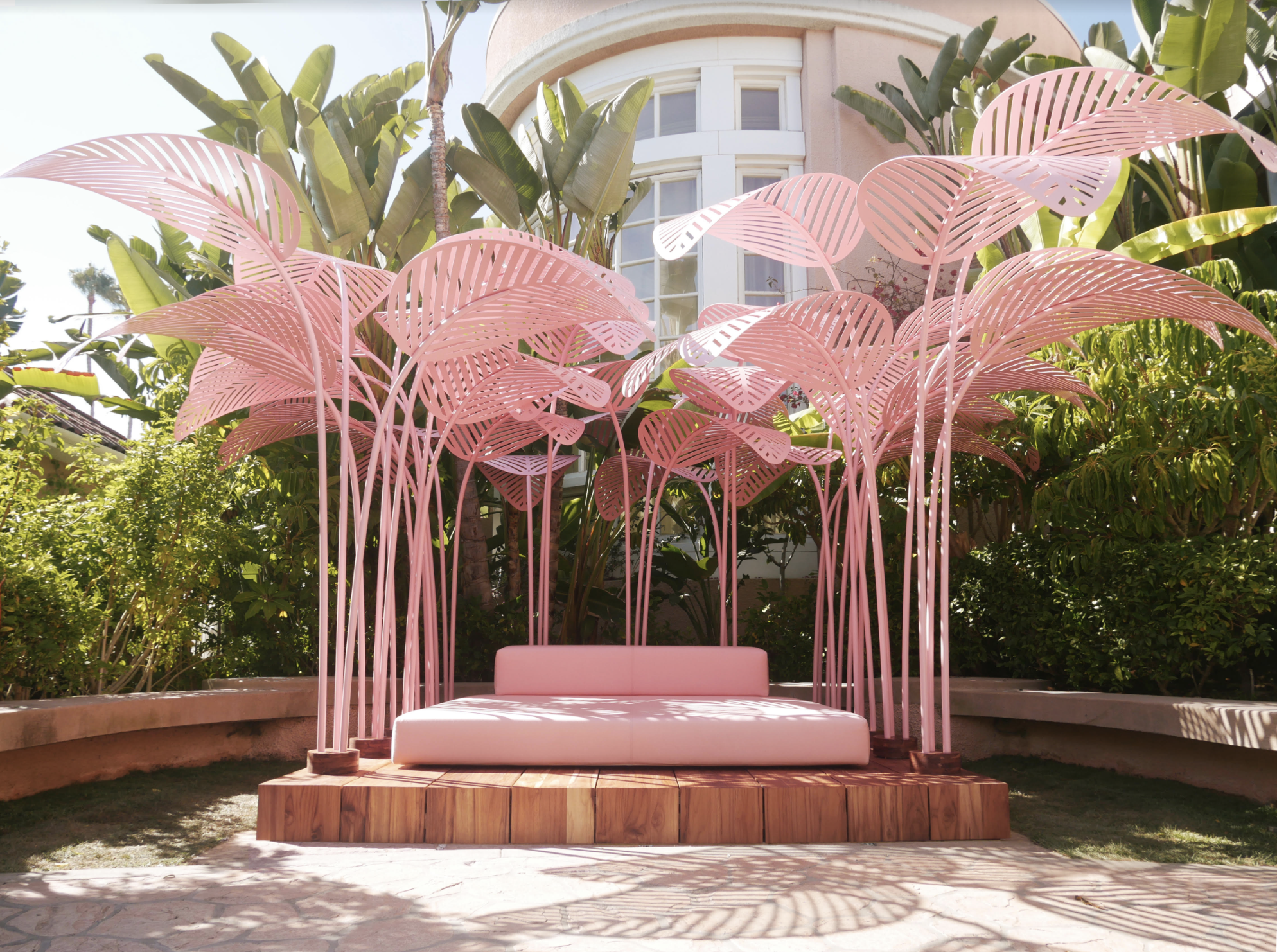