Home » All the “Show-Stopping” Moments from Feeric Fashion Week 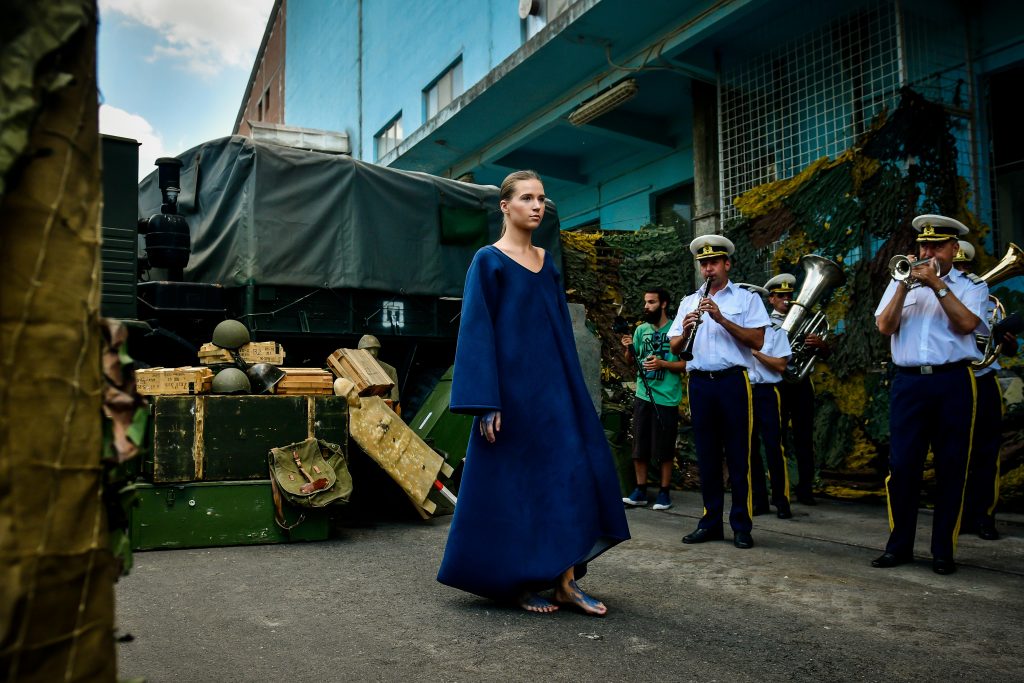 Feerick Fashion Week in Sibui kicked off on July 17 and for the 10th time became the fashion capital of the world. Sibiu and its surroundings were turned into a grand stage where the newest collections of over 30 guest designers were unveiled to the public. Once again the lake of Sibiu Zoo together with the stone quarry of Turnu Rosu and Sibiu-Rasinari tram was transformed into fairytale-like runways.

Feeric Fashion Week began on July 17th at the location of Jidvei, the festival’s main partner, Tăuni estate is the place where Irina Duţu Zgâia presented her collection that was inspired by children stories and influenced by Lewis Carroll’s book “Alice in Wonderland”. The opening event was followed by a collection by Vali Cioban at Jidvei Castle that took us back in time to the 1920’s.

On the 18th of July Feeric Fashion Week moved back to Sibiu to make way for the creations of the students from UAD Cluj-Napoca (University of Arts and Design from
Cluj-Napoca). On the same day at NousMode designers, Mariana Morar & Paul Micsa showcased their latest collection on the lake of Sibiu Zoo. Evening time brought the inauguration of the photo exhibition at Versailles by Buonavista. The same place hosted the “Yolo party by Landiana”, a concept created by Landiana Cerciu, vice-president of Feeric Fashion Week.

On Wednesday the Turnu Rosu stone quarry became a runway for The Secret Code Of Fashion and its many upcoming designers. Soon after the Hobbit Castle was the next event for Modement’s fashion show. Wednesday was also the first day to launch a series of “By Night” fashion shows starting at Redal Expo. Natalia Manza showcased her latest collection of
dresses made by precious fabrics such as Chantilly lace, natural silk, and Swarovski crystals. After Djamba Lydie and Lui by Luiza, the collection was inspired by Federico Fellini’s work. 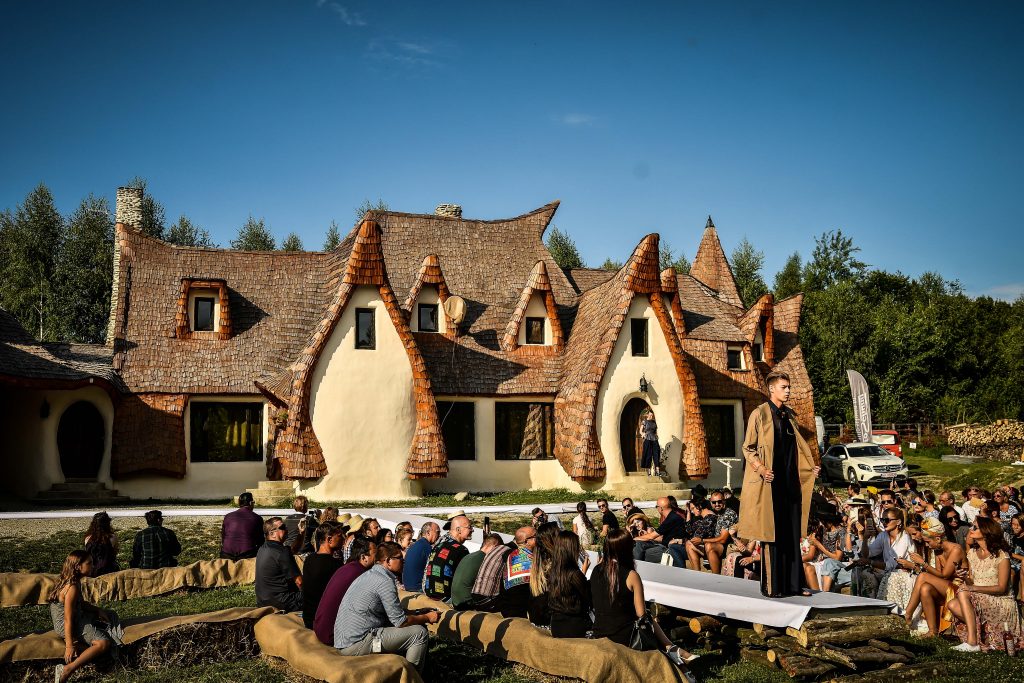 Bianca Popp made her comeback at Feeric Fashion Week this year to show-off her Fall Winter 2017 collection on Thursday, at the Boromir Factory – an event created with the support of the Ground Force Academy. An impressive amount of military objects transformed the train tracks inside the factory into a warrior-like setting that perfectly contrasted Bianca’s collection. Later, the same factory hosted one of the historic foreign designers present at Feeric Fashion Week, Charles & Ron. The Main Square of Sibiu, at the entrance of Brukenthal Palace, became a runway for designer, Alina Moza, who presented a collection inspired by shapes – spirals, triangles, circles, rhombuses completed with hats as accessories.

The second night at Redal Expo opened with a show by Pimpi Smith, an Argentinean designer, who presented “#PeaceForever” a collection of bags with accents that underline the
concepts of peace and love. Le Pampillon, Retno Tan, Visori and Marios Karavasilis followed throughout the second evening in the Feeric Venue. 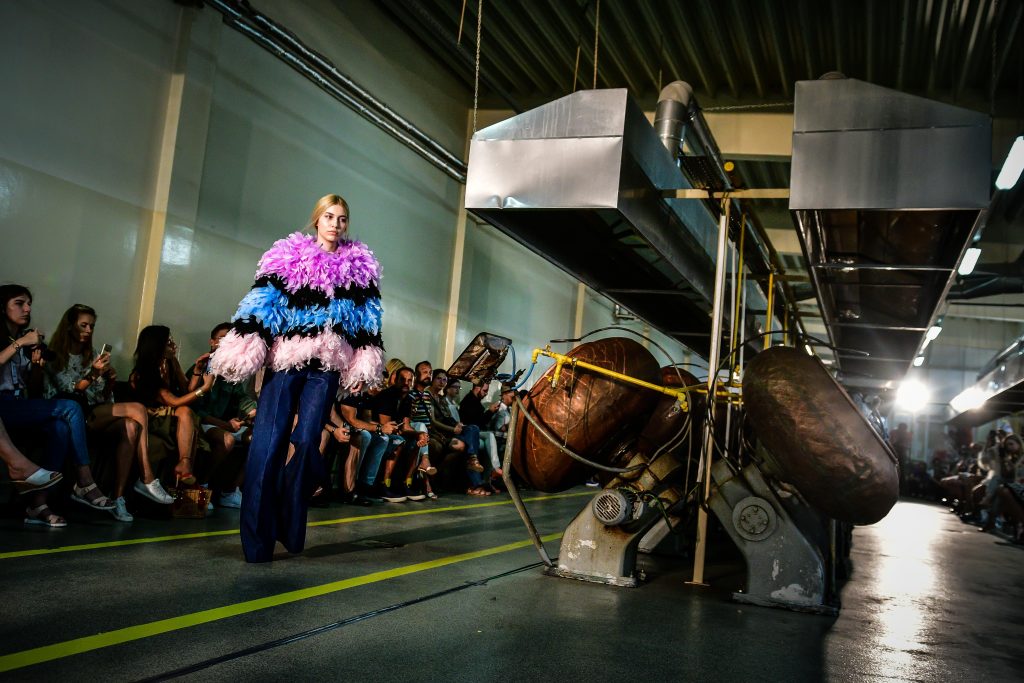 On Friday, Cylia Dora’s collection was presented at “Brukenthal” Palace of Avrig. The Village Musem was also the setting for a collection by Lavinia Ilieș and Sebastian Roncea a fashion show inspired by traditional Romanian weddings that aims to bring together femininity and masculinity through the use of linen and light colors. In the evening, Feeric Fashion Week returned to its historic center to see the Stairway Passage (Pasajul Scarilor) in the catwalk for Paulita Erazuriz’s collection. It brought us back to the rock 60’s and the lifestyle of London, Berlin, and Paris. At Redal Expo, guests were able to enjoy collections from IED Milano – Minimal To fashion show, Michelangelo Winklaar, Bianca Popp, LENOR by Traskin and more.

Feeric Fashion Week ended on Saturday with more spectacular events. The first event of the day was hosted by Adriana Goilav at CFR Călători train depot. The day continued with Sarah Jessy Jones’s show inside a forest where guests arrived in Sibiu on the Rășinari tram. The IED press conference was held at the Council of Sibiu and in the evening the awaited gala was held at the Redal Expo where were attendees were shown new boho collections as well as classic ones. The evening was opened by Aida Lorena who continued the awards ceremony of the FFW – IED Milan contest “Italian DNA”. The winner of the competition was Andrada Bodea, who won a full scholarship at IED Milan fashion University in 2018. The evening followed with the collections of Andreea Ciungan, Ioana Călin, Diana Caramaci and Luna Morgaciova. 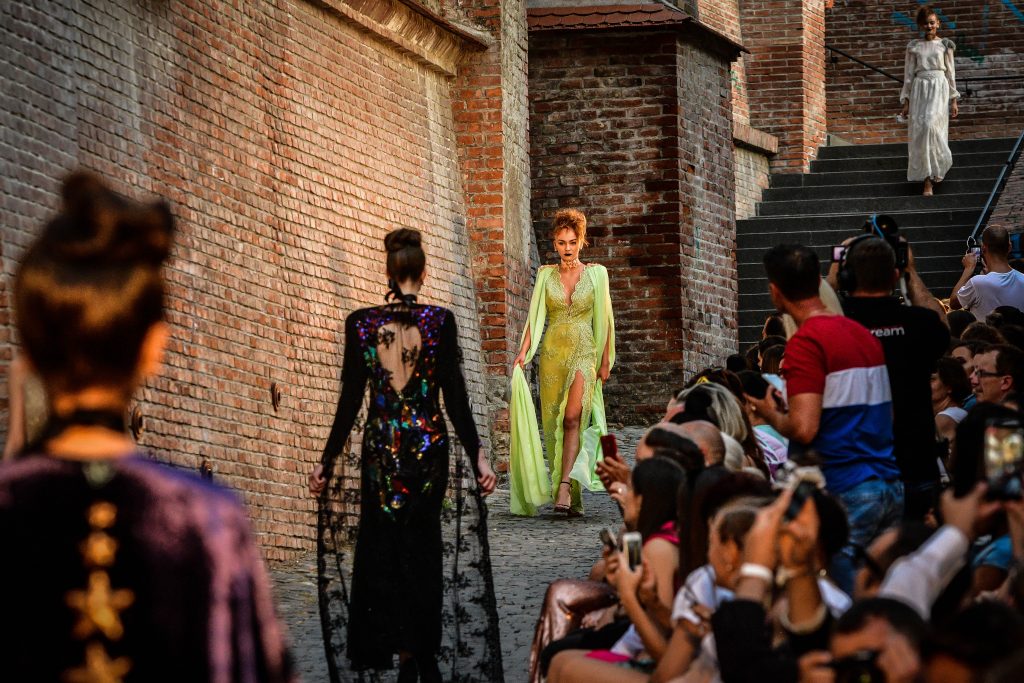