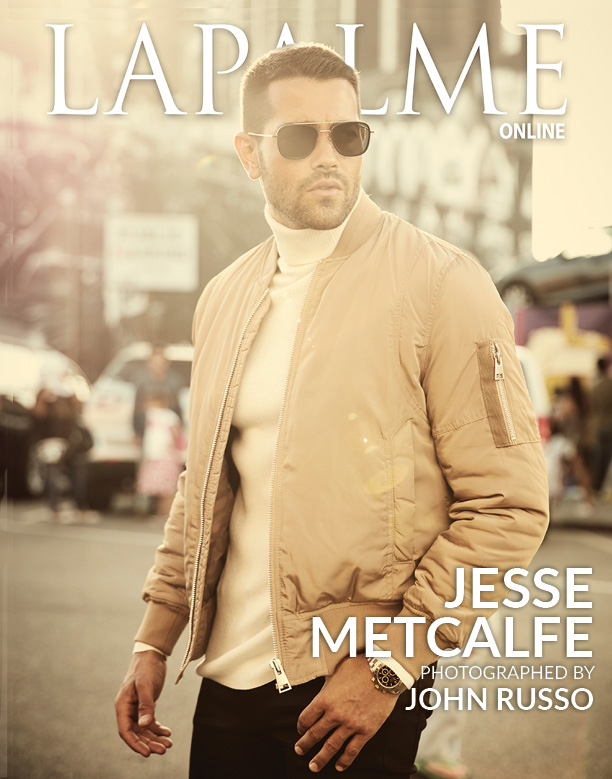 Widely known for his roles in television and film such as pop culture phenomenon Desperate Housewives, John Tucker Must Die and Dallas, the SAG Award-winning actor is back in his leading role on Hallmark’s Chesapeake Shores (season two premiere August 6th). The family drama follows Abby O’Brien (Ory), a high-powered career woman, divorcée, and mother to twin daughters, who makes a trip from New York City to her hometown of Chesapeake Shores. Her visit home brings Abby face to face with her past, including her high school sweetheart Trace (Metcalfe).

A music lover, Metcalfe, is an accomplished guitarist and pianist, honing his craft at the prestigious Tisch School of the Arts at NYU. Chesapeake Shore fans can enjoy Jesse’s performance of original songs used throughout the series soundtrack.

Outside of work, Metcalfe is a huge sports fan with strong loyalty to the NBA teams Lakers and Knicks, MLB team Yankees and NFL teams Patriots and Cowboys. He also works out religiously and is himself a regular on the basketball court.

We chatted with Metcalfe about what we can expect in Chesapeake Shores second season, his upcoming projects and what he’s learned from doing his own stunts. 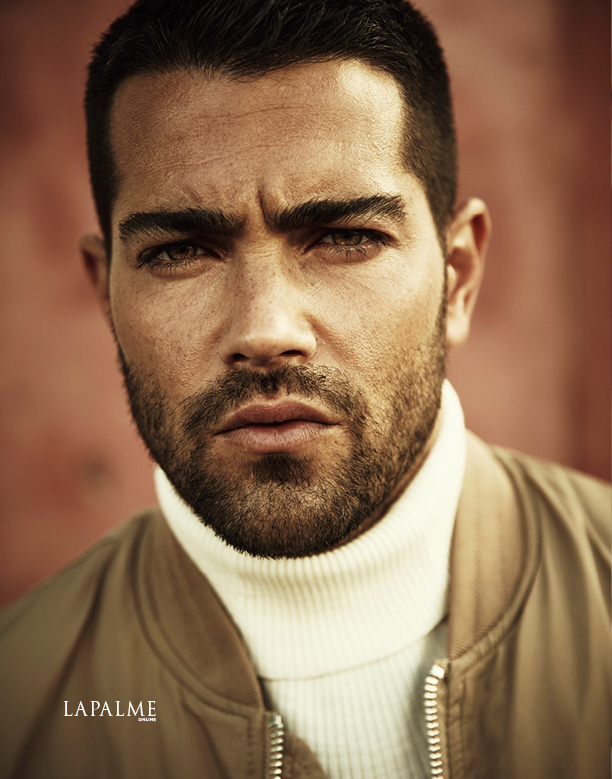 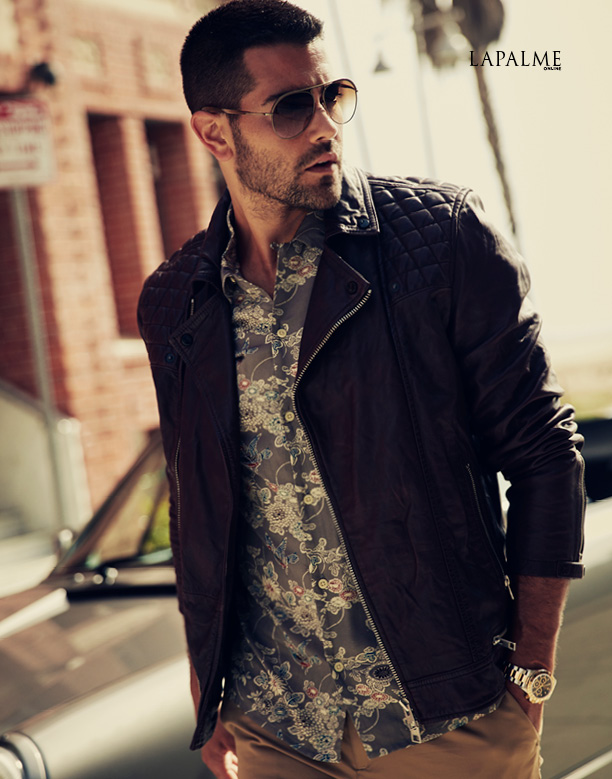 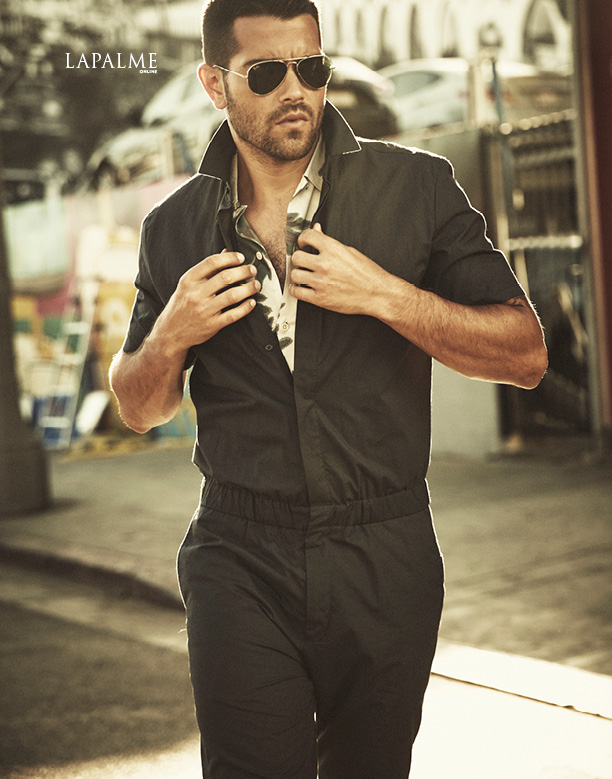 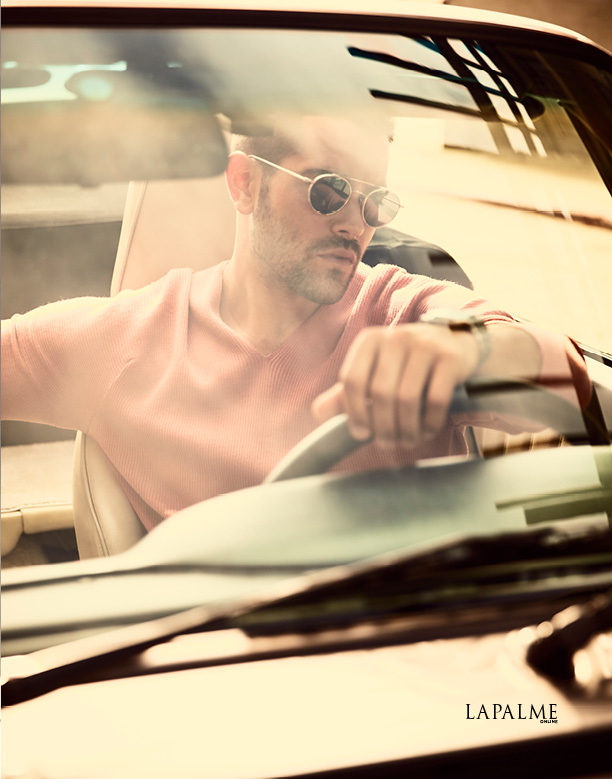 Funniest thing that has happened on set?

Ahhh, interviews. Produce funny anecdote now! Something ridiculous and hilarious generally happens daily on a film set, it’s the nature of the beast, but it’s hardly ever important enough to remember.

In “Dead Rising: Watchtower,” you did all your own stunts.  Was there something, in particular, you had to do and thought, maybe I should get a stunt double for this one?

Well, hindsight is always 20/20, right? I mean, I absolutely love shooting action, so I’m always ready to just go for it, unless I’m being told by a producer or director that I’m sitting this one out. But typically you don’t know if doing a stunt is a bad idea until something goes wrong. Let’s just say my enthusiasm for doing ALL my own stunts definitely waned toward the end of filming [Deadrising] “Watchtower.” I started valuing my stunt double more and more with each new injury.

If you want to spoil me rotten….?

Feed me! Quickest way to my heart is through my stomach. Definitely a major foodie!

IG out of sheer convenience. Now that Instagram has IG story, why go to another app? I mean there’s only so many hours in the day. Unless, of course, your career is based entirely on social media, which in that case you’re a total slave to your phone. No thanks.

How do you start your day?

COFFEE! I’m an absolute feigned! Sometimes I go to bed early just so I can wake up and have my next cup. It’s that serious!

The Picky One. I’m very particular about most things. What can I say, at least I have an opinion.

What can we look forward to your work on Hallmark’s “Chesapeake Shores” and starring in the most-watched series in the network’s history?

Well, we pick up right where we left off with Trace, answering the question as to why he was arrested in last year’s season finale. For me, season 2 has been a much more satisfying experience. The storylines are richer and more complex, and the characters are more layered. We really delve into Trace’s past in Nashville and with that comes at lot more conflict and a lot more music. Obviously, the music element of the show is something I’m very passionate about. Again, this season I’ve gotten the opportunity to incorporate some of my original material as well as cover some great songs by various songwriters and emerging artists. I think the music on Chesapeake Shores really adds to the emotional resonance of the show and is a big part of why the series has been so successful for Hallmark. Along with more compelling storytelling, picturesque on location photography and beautiful performances of my cast mates, fans of the show are definitely in for a treat come season 2.

You have played many different characters.  What was your favorite role to date?

Well, the piece of work that seems to have made the most indelible impression upon my audience (for better or worse) is “John Tucker Must Die.” It’s a feel good comedy that people seem to find really entertaining, and that makes me feel good. Like I did my job well. But my proudest moment was sharing the big scene with one of my all time favorite iconic actors, Michael Douglas. They say you should never meet your heroes, because they almost always disappoint. Not in this case, Michael was as cool off screen as he is on.

I have “Escape Plan 2” coming out later this year with Sly Stallone, Dave Batista and 50 Cent. Lotta action! Should be a fun one.

What is Meghan Ory’s funniest habit you have noticed over the course of filming “Chesapeake Shores?”

Well, now that she’s pregnant, she’s got a lot of funny habits. Let’s just leave it at that, I don’t want to get slapped!

KEEP UP WITH JESSE: