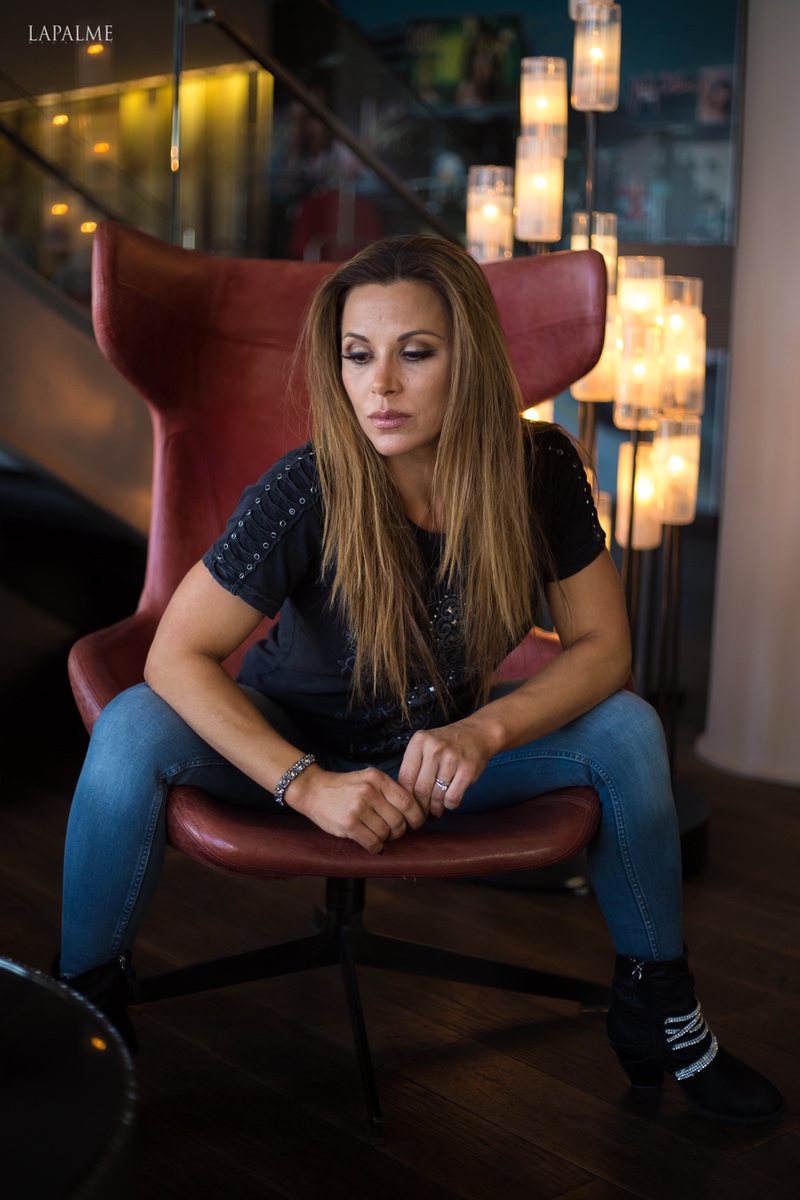 Have you ever wondered what it takes to be a 6X WWE World Champion, 21 year veteran in an industry predominantly governed by men? It takes grit, determination and most of all a dream and a passion for the sport. The question is not how Mickie James became a wrestler but, “who is Mickie James”.  Beyond an independent woman, this lady is a force of nature. Mickie has harnessed her passions from a young age, ever evolving into who we see and listen to on both television and the radio.

To really understand the woman, it’s important to know that the “little girl” Mickie was just as determined and athletic. At 6 yrs old she was riding horses and by the time she was 10, she was competing in the horse world as an athlete. Important lessons and influences were there and instilled by her grandmother. It was during this time she and her two sisters were bonding with their single father, who was a huge sports fan by watching wrestling matches. This was a way their family unit could connect and have fun.  It was then the seed was planted for what would become a successful 21 year journey.

Her wrestling career, spanning almost two decades began in 1999. Initially, Mickie worked as a valet in the independent circuit. She first drew national attention working with ‘NWA: Total Nonstop Action,’ where she became part of the stable called ‘The Gathering.’

She made her ‘WWE’ main-roster debut in October 2005 in arguably one of the most influential female storylines of all time. She emerged as a five time “WWE Women’s Champion” and one-time “WWE Divas Champion” claiming recognition worldwide as the top Woman in the Industry.

Upon departing WWE in 2010 she returned to ‘Total Nonstop Action Wrestling’ (TNA) and won the ‘TNA Knockouts Championship’ thrice, becoming a total Nine Time Women’s Champion. Then, she made history by becoming the first woman to ever hold all three Nationally recognized women’s television championships.

But for Mickie it is certainly not all about wrestling, her talents go beyond the ring and she has proven she has a solid foothold as a country music artist. The music is an outlet of stories, feelings, and her heart.  Life experiences as she shared are truly her inspiration.  As a child she played the violin, and as an adult she puts pen to paper to write songs.

In 2010 Mickie went on to release her first single “Are you with me” and her first album ‘Strangers & Angels’ with notable producer Kent Wells in Nashville TN. In 2013 Mickie was signed to “Eone Music Nashville”, where she gained momentum in the release of her Single ‘Somebody’s Gonna Pay.’ with her first music video. Mickie then released her album “Somebody’s Gonna Pay” Which featured her TNA entrance music “Hardcore Country” as a bonus track.

Since then, Mickie has continued working on her new projects with fellow songwriters and released five new singles with “SMG music and media” out of Grand Rapids Michigan. She’s collaborated with names such as “The Yang Yang Twins” on her single and music video “Left right left” She was inducted in the Native American Music Awards (NAMA) Hall of Fame in 2017 and has won 3 NAMA Single of the year/ Song of the year awards. Mickie recently opened for County Music Icons “Big & Rich” in her hometown of Richmond Va.

These days the balance of work and play take precedence, and raising her son and spending time with her family are paramount.  “Don’t do what you don’t love” is very much Mickie’s motto, balance is key.  Mickie believes you have to listen to the dreams in your heart, even if this means breaking barriers and rising above in industries where you may have to fight a little harder to be seen. It’s worth the effort.  Mickie keeps her perspective on life by spending time with those who bring her joy, she focuses on her charitable work and spends as much time with her animals and family as possible.

Mickie is gracious on top of her incredible character. I asked her what was the greatest fan moment she has experienced in her career and she told me about Wrestle Mania years ago in Orlando where she ran into Snoop Dog and he introduced her to his niece, known today as Sasha Banks.  Sasha, who is the current SmackDown Women’s Champion in her first reign, shared with Mickie back then how much of a fan she was of Mickie.  Mickie shares how elated she is to see Sasha “the next generation” being strong and capturing the spirit of women’s wrestling. For Mickie, seeing the next generation “do it better” is the biggest success of all.  “To go back in time and share with your younger self to believe in yourself and not put much weight in what others think would be my advice” says Mickie.  The heart speaks volumes. Turn it up and listen!

One thing is for certain, you will see and hear more from this incredible human.  Mickie Laree James-Aldis will be creating and sharing more of herself throughout her charitable works to come.  www.mickiejames.com