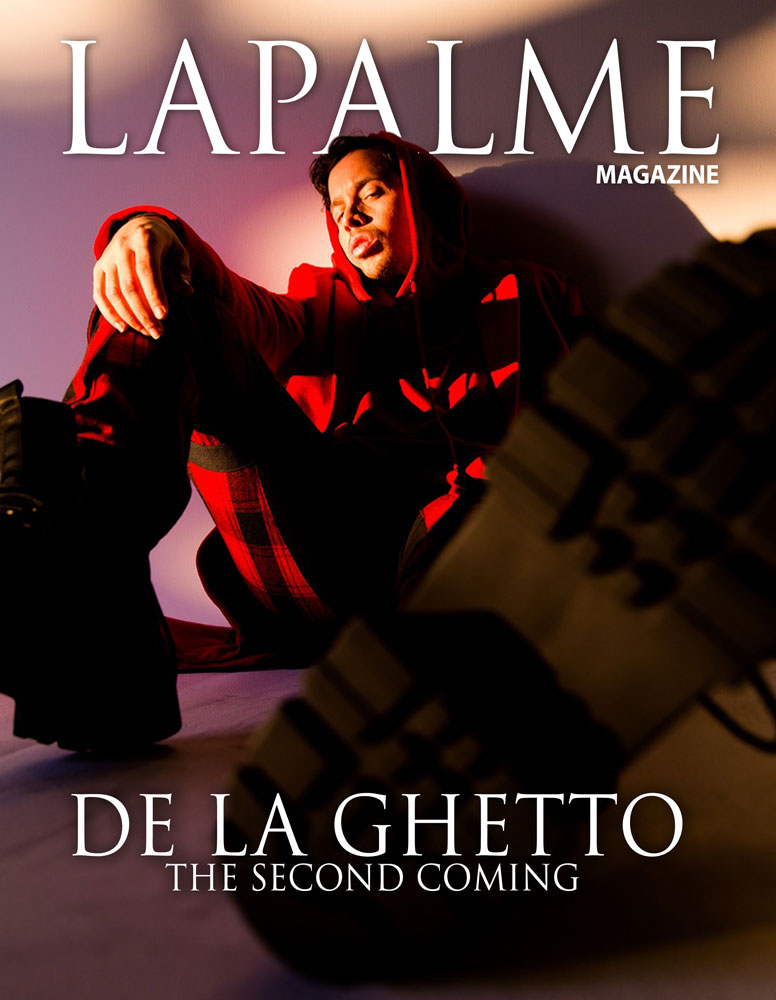 Two years after Mi Movimiento and in the midst of a global pandemic, De La Ghetto presents his newest album Los Chulitos, named after a movement he created years ago when he lived in the barrios of Puerto Rico.

“I made this phrase mainstream,” he tells Lapalme. “When I was recording this album, one of my friends told me to name it ‘Los Chulitos’ because I’ve been saying this word for a long time and it categorizes me.”

On this album, released via Warner Music Latina, the Puerto Rican artist invited many of his colleagues such as Nicky Jam, Manuel Turizo, Justin Quiles, Jowell y Randy, and Farruko, to name a few. Home to 18 songs, including the already-released singles “Feka,” “Selfie,” and the Darell-assisted “El Que Se Enamora Pierde,” De La believes this is his best album yet.

“Every song is different,” he admits. “I can’t do a song that sounds like another song. The beats can be similar but never the same. I just had fun with it and let it flow. There’s a lot of new producers and new artists. I think this is one of the best albums I’ve done… even better than ‘Mi Movimiento,’ real talk.” According to De La, Los Chulitos was done in a 10-month period prior to the pandemic but it was officially finalized during the quarantine.

Walk me through the message behind this album. What can fans take away from this album, Los Chulitos? Los Chulitos is a concept that began in my home town where all of our crew was a “Chulito”, a person that dressed well, represented where we were from in the best way possible, even though we were from an area where we didn’t really have a lot. Aside from that, it’s about having that positive energy and believing in yourself. You don’t have to be a model or be fashionable to be chulito or chulita. It’s just the way you carry yourself. You have to be presentable, humble, and have a winning attitude. In this album I wanted to include the new school that is killing it in the genre since I see them working the same way I did when I started.

You recently worked with Myke Towers on “Tokyo” off of your album Los Chulitos. With you being an original pioneer in reggaeton, how was it working with an emerging artist who’s making so much noise? It was like it was meant to be. I’ve known Myke since his early stages and it reminded me a lot of when I started. We come from the hood and represent our “barrio” with pride.

With you being a pioneer in reggaeton music, what are your views on the current state of Latin music? I saw this coming a very long time ago. I always knew that we were going to be heard in every corner of the world because our music being so addictive and so unique made me believe that it was just a matter of time for it to get to where it is today.

What do you wish was different about Latin music? Nothing at all. If it was any different we wouldn’t be here today.

Tell me about your track “Me Acostumbré” with Arcangel. How does this song differ from past collaborations with Arcangel? This song actually reminds me of our beginnings, it has all the elements that we had back in the days, but in a new and improved way. Being in the industry 15 years later means a lot to us because we had the same dream when we had nothing and we finally made it. It’s one of my favorite Arcangel & De La Ghetto joints.

Can you tell me of a personal experience that has changed your views on music? Being blessed with the opportunity to travel the world, has just evolved my views in Latin music.

What can we expect from you next? A lot of new and improved music. If you know my beginnings, no matter what has happened throughout my career, I have always kept releasing music and that’s what my fans love about me and I am not letting them down.

Who are some non-Latin artists you’d love to collaborate with? Put it out in the universe! I would say Rihanna, Axel Rose and Bruno Mars.