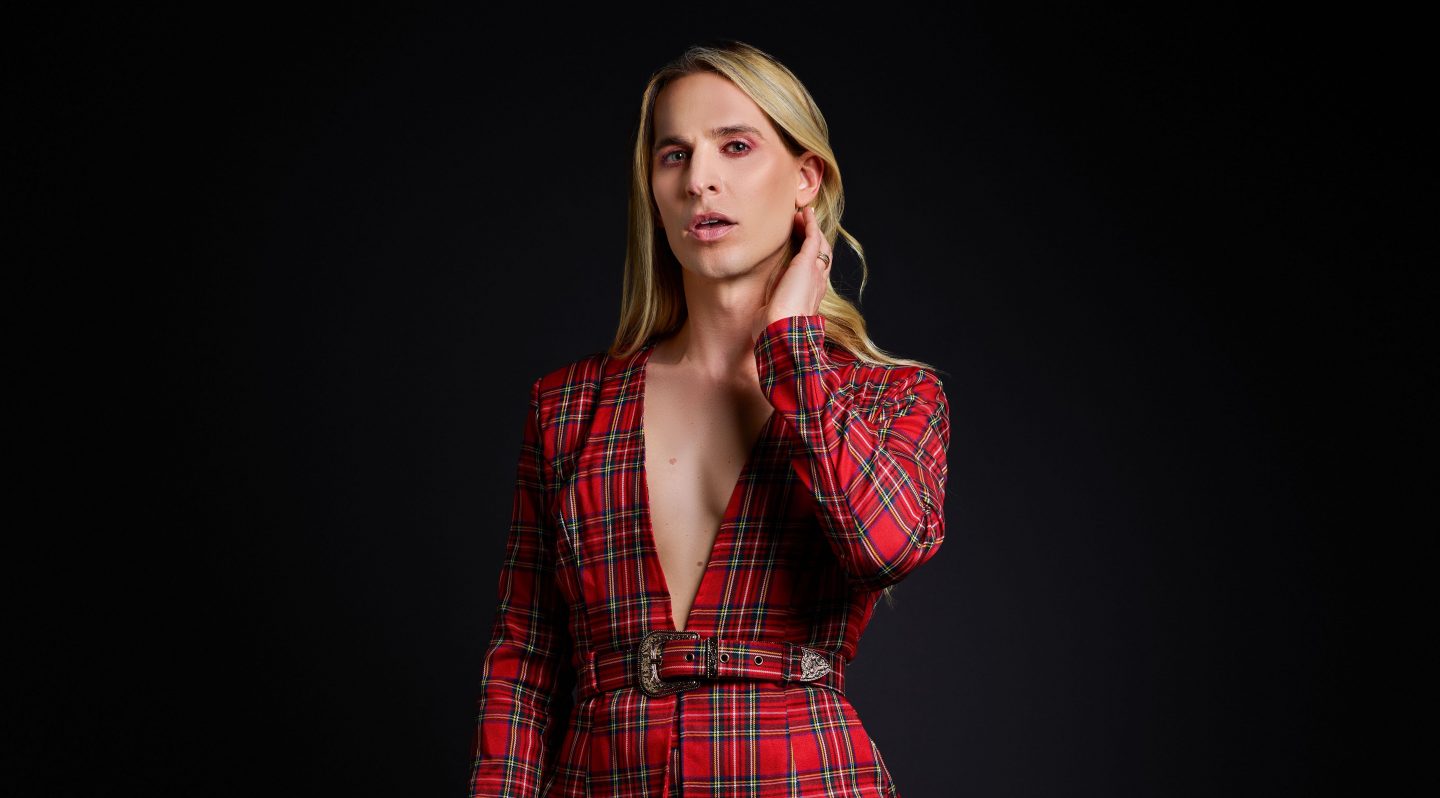 Growing up, Jason June never really felt seen in the books he adored. The genderqueer youth author now recalls how youth stories from his childhood and teen years rarely included queerly expressed people, let alone lead queer charaters of love stories and dream-come-true tales that could inspire his “happily ever after” future. So, Jason June set out to write some of his own.

In fact, the Texas-based author will release five queer-inclusive youth books in 2021 alone, all set to release through major publishing houses, Scholastic and Harper Collins. His first two releases of the year, Mermicorn Island 1 and Mermicorn Island 2, are part of a four-part series that remind young readers that “while magic can be fun and lead to so many un-mer-lievable adventures, the magic that matters most is what’s inside.” And what matters most to Jason June is that young people believe that.

In our recent interview, the author tells his own tale of discovering his place in the literary world and explains how queer represenation for young people helps to prevent shame. Jason June also shares what he loves about lake life in Austin, Texas, what spring styles he’s most excited for (now that getting dressed is a real thing again), and his highly-anticipated teen romcom, JAY’S GAY AGENDA, set to release on June 1st.

You are writing queer-inclusive youth stories for major publishers like Scholastic and Harper Collins. This is a big deal—for yourself as an author and for young readers. How did this all come about?

I got my start in the kidlit industry as an intern and assistant at a literary agency. From there, watching authors bring books to life, I realized I wanted to be on the creative side of things instead of the business side, so I made the leap to writing. Honestly, being able to write stories with queer characters and themes has been because readers are demanding more, and publishers are starting to take note. Queer readers saying they’d like to see themselves and their families in books, then following through and buying them or requesting them at their local library has made all the difference. 2020 saw so many great books with LGBTQIA+ main characters, and I’m honored that I get to be a

part of this generation of queer creators.

How important is queer representation for young people?

It is SO IMPORTANT! When I was a teen in the early aughts, there were hardly any books showing queer characters like me. This leads to so much internalized shame when you get these not-so-subtle messages from a lack of options that your life and your love aren’t worthy of being the main character in a book or star of a show. But that’s just not the case. Queer teens have an infinite amount of experiences and stories to share, and they deserve to see those in the books they read and the shows they watch. This representation shows that we’re human, and that we’re as layered and complex and beautiful as anybody else.

How did you know that you were meant to be a writer?

It’s what I did since I learned what the alphabet was! First it started by writing down, word-for-word, my favorite shows (mostly scenes from Labyrinth starring David Bowie and Jennifer Connelly), then moved on to Pokémon fan fiction when I was 10, then original works as well. But I got it in my head just after high school that being a writer was unrealistic, that so many people want to write a book but for a multitude of reasons, it doesn’t work out. I don’t know where all this self-doubt came in, so instead I tried to do business-y things. When none of those ever felt right, I was finally like, “Listen, JJ, just do it!” and I finally let myself be vulnerable, face the possibility of failing, and just went for it.

I love your style! Now that the world is slowly starting to wear real clothes again, what styles or brands are you loving for Spring?

First of all, THANK YOU SO MUCH! I’m a femme genderqueer person, and as someone born male who was kept out of feminine fashions in those teenage years where you’re learning how to put yourself together, I’m still routinely nervous that I’m “doing it wrong.” But overall, I’ve never been happier or felt more right in my style than now. I am a sucker for body suits and pattern-on-pattern ensembles, and Pretty Little Thing has great options for both. I’m also a huge fan of high-waisted pants, and have found some that I adore from Lovers + Friends, and I just can’t get enough of the chic whimsy of A.L.C.

What do you love about living in Austin, Texas?

I love how lake forward this town is! I’ve always always always wanted to live on a lake, and you can do that in Austin while still being close to a big city with lots of things to do. I can jump in Lake Austin and instantly be transported to my childhood, then dry off, glam up and head into town to listen to some live music. And don’t even get me started on the amazing author community here! There are so many talented kidlit writers who all boost each other up regularly, and we have the most supportive indie bookstore, BookPeople. The booksellers there are true superheroes who never stop getting our books into the hands of readers!

Tell us about your Mermicorn Island series! The first two books, Search for the Sparkle and Narwhal Adventure, are out now and two more will be out later this year.

These books follow the mer-mazing magical shenanigans of mermaid-unicorn hybrids in the undersea town of Mermicorn Island. In each book, our fin-tastic friends (I’ve got a ship-ton of puns for this series) harness the power of a new magical shell that has unique abilities. The overall feeling of the series is that while magic can be fun and lead to so many un-mer-lievable adventures, the magic that matters most is what’s inside. I’m very excited that I got to incorporate gay dolphin dads in the third book, TOO MANY DOLPHINS!, coming out in July, and explore the idea of found family, which is such an important aspect of the queer experience.

What’s next for Jason June?

My debut YA rom-com, JAY’S GAY AGENDA, publishes on June 1st from HarperCollins, and I’m so excited I can hardly contain myself. This story follows our titular character as the only out queer kid at his rural Eastern Washington high school. While he watches all his heterosexual classmates have relationship milestones, he makes a list of things he wants to do when he finally meets another boy-who-likes boys. Then just before his senior year of high school starts, his mom gets a job in Seattle, and Jay moves to a school with a thriving LGBTQIA+ community. He finally gets to crossing items off his gay agenda, leading to all kinds of firsts. The book explores the ups and downs of love and lust that come about when you’re finally seen as a sexual and romantic being for the very first time, and I’m just so hopeful that gay kids see themselves in this book and realize that their relationship hopes and dreams are worthy of as many stories as they can read, write, or create.