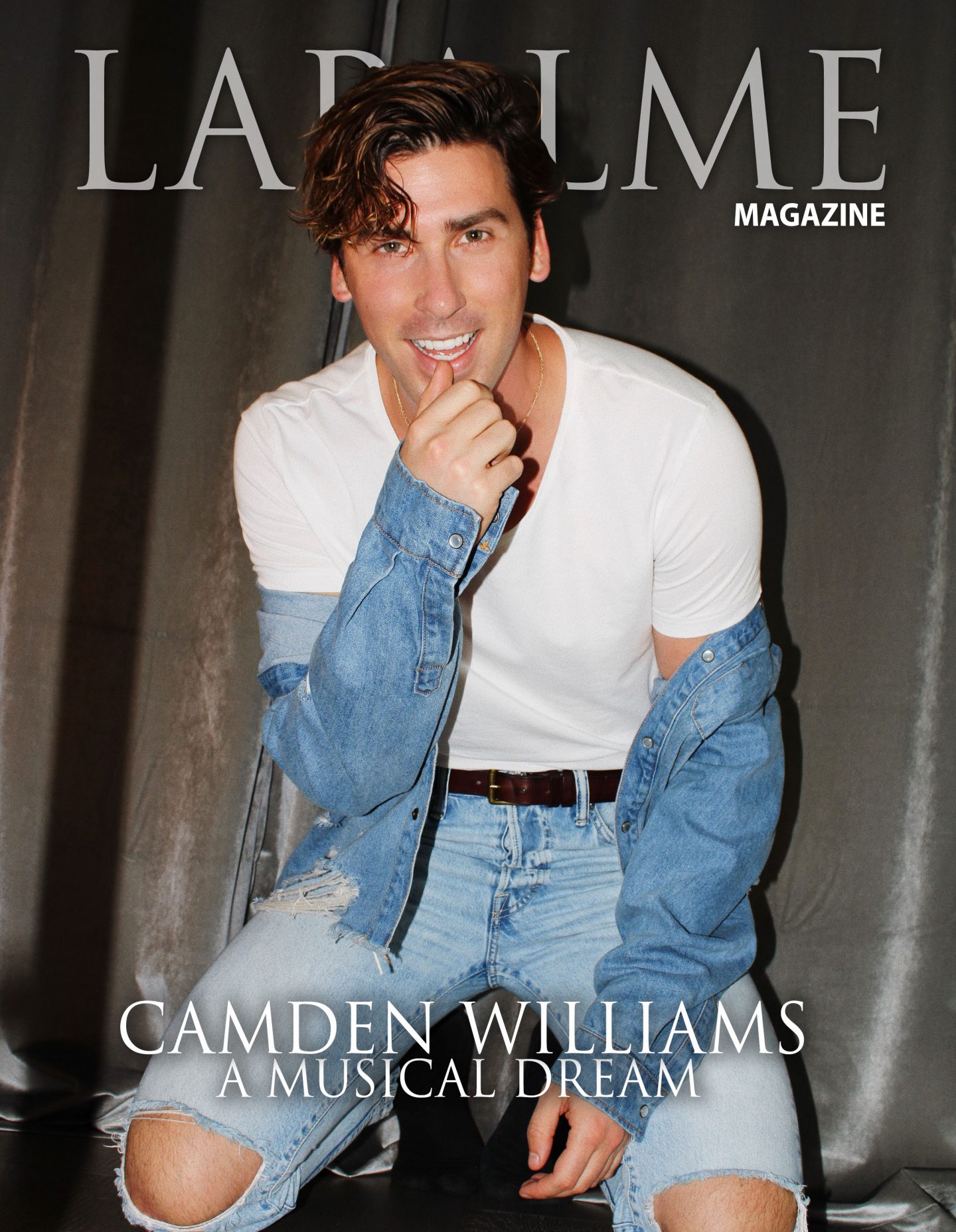 Camden Williams is a Los Angeles based singer-songwriter from a small town outside Pittsburgh, PA. Camden got his start with music at a young age, performing in community theatre productions in his home town. At age 16, he was cast in the national tour premiere of High School Musical with Disney. Being involved with this production really launched his thirst for the stage.

Camden was moved to Los Angeles after being selected by Grammy-winning producer Steve Russell (No air- Jordin Sparks, Chris Brown)  for a pop group that was in development. The group performed for an official American Music Awards party, multiple press junkets- including an international showcase in Canada, and a private event hosted by Richard Carpenter (The Carpenters). Shortly after releasing their first EP, the guys unanimously decided to explore ventures beyond the boyband. Since dis-banding, Camden has been in the studio working on a solo EP set to release this fall.

His first single “Home” released October 1st and has already made appearances on multiple top-performing playlists and gaining traction daily. “Home” is a vulnerable reflection of Camden’s relationship with the city of Los Angeles. The follow-up single “Bruises” is released on October 23, 2020, and is already having an impact across streaming services. Up next a holiday single: Christmas List. Watch this space.

2020 has been one for the books. What have been some of the greatest lessons learned for you both as an artist but also as a human in general?
That i’m so not in control of my life haha. Things are going to happen to you that you just can’t make a plan for.. so let go. Let go of all that pent up stress and anxiety for what tomorrow will bring..because it’s not promised to any of us. 2020 has shown me that anything can happen. It’s opened my eyes to the value of loved ones. Not being “allowed” to see family and friends..who could have imagined?? Simple things we all took for granted are immense luxuries now.

Your journey to the solo career has been filled with different stops along the way including a national tour of High School Musical, a stint in a boyband, and more? What is the lesson that you took from these experiences that you’ve taken with you?
Teamwork makes the Dreamwork. Cheesy but real. I didn’t know how hard jumping from a career with massive teams telling you what to do and how to do it, to solo would be. So many decisions and responsibilities are now on me..it’s definitely been an adjustment. But I’m so grateful for the people I have in my corner now. They get me, they understand my vision and I’ve never felt more ‘heard’.

As an artist how have you been able to stay connected to your fan base during a time of isolation?
Normally through social media. I took time away from it for a few months. With everything going on it got toxic for my mental and emotional health seeing the divide between friends and family. I put my emotions into songwriting and spent a lot of time in the studio focusing on new music. I’m back now though baby!

Take us through your two singles Home & Bruises? What was the genesis of each and what do you want listeners to take away?
Home is kind of my light out of the darkness. I sunk into a fairly deep depression a few months into quarantine and was sure I was done with music and my struggles to succeed in Hollywood. I honestly owe writing this song to my bestie who co-wrote on this. He and a few other friends sat me down and said “cam you need an outlet to express what you’re going through, let’s write about how you’re feeling and just see what happens.” They had me talk out my feelings. Then we pulled out the keyboard and put it to song. One of the best therapy sessions I’ve ever been through haha. Home is about my relationship with Los Angeles. How one day can be filled with struggle and stress, and the next morning you wake up blissfully entranced by the magic of this city. Bruises; Another therapy session lol. This song was written with my producer Dean. I wanted a dancy disco vibe to pair up with the message. It’s about my first few years in LA. I obsessed over the industry. I only hung out with models and entertainment peeps I met on set or at events. These people didn’t care about me, not the real me anyway. I felt alone for years even though I constantly had people around me.
What I hope people take away from both of these songs: feeling like they’re getting to know me a bit better.

Tell me about Christmas List? Just in time for the holidays!
Oh I’m very excited about this. I love everything about Christmas and the holidays. My producer and I wrote and recorded this in one day. We were that jazzed about it haha I wanted some Chris Brown “This Christmas” (favorite christmas jam) vibes and I think we nailed it.

What can fans expect from the EP? Any idea when we can expect that?
EP is in the works. I’m really into chill vibes these days. Vocally-fueled, stacked harmonies, lofi elements..it’s coming.

Any plans to tour (should that be an option)?
Ugh I wish.

2021 what would you like to see in terms of your music and presence?
I haven’t thought that far ahead haha. Honestly, I just love seeing and hearing that people are vibing with my songs. It would be awesome to gain tons of listeners but I spent so much of my career obsessing over “fame”. I really had to step back and ask myself why I was doing music. Over “quarantine” I re-discovered who I am and why I love making music. It’s therapy for me and I just hope that others feel that way when they listen to it. Whether its a moody ballad digging deep into the feels, or a viby dance track that makes them shake their booty on a rough day.

Keep up to date on all things Camden Williams at his Instagram: @officialcamden