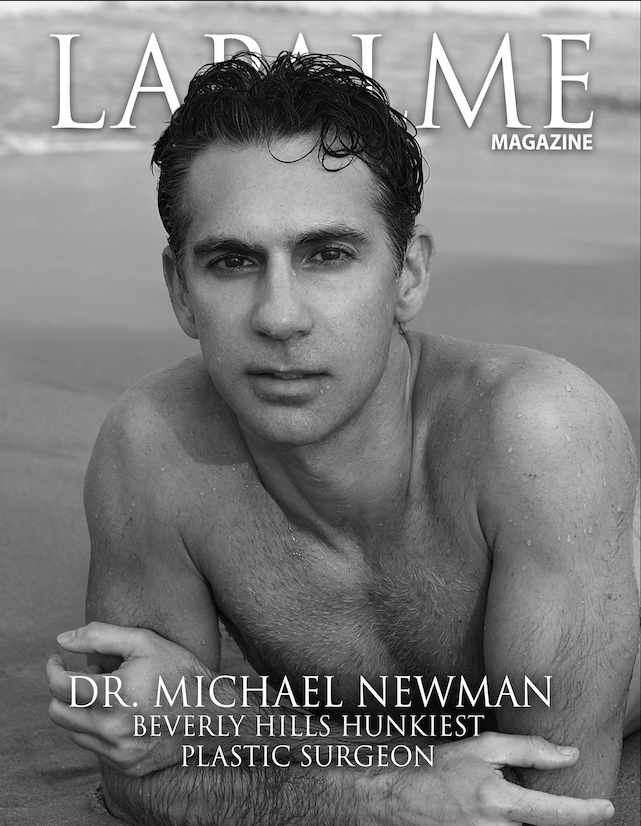 The Magic of Plastic Surgery

“Seeing how dramatically different the immediate results during surgery are and when the patient gets to see them are so gratifying and magical,” says Dr. Michael Newman, one of Southern California’s top plastic surgeons.

Newman attended UCLA before heading to North Carolina for medical school. This was followed by a residency at the Medical College of Virginia at Virginia Commonwealth University and a fellowship in breast and cosmetic surgery at Georgetown. There, he studied with and was mentored by one of the most notable names in plastic surgery, Dr. Scott Spear — who literally wrote a book on the topic used in schools the world over.

“I just thought that plastic surgery was very special in the sense that we could transfer tissue from one place to another and that tissue would live. I also loved learning and knowing about anatomy. I think there are a lot of other specialties that force you to focus on one part of the body but I really enjoyed learning about all of it,” he states.

The California native opened his first practice in 2007 and now has an office on Bedford Drive, where his clients include some of the top-tier inhabitants of Beverly Hills. Dr. Newman has also been named LAPALME’s Hunkiest Plastic Surgeon in Beverly Hills, an honor he says he’s embarrassed, flattered, and happy to accept.

Dr. Newman’s offices specialize in rhinoplasty and liposuction, but when it comes to breast augmentation he’s second to none. He employs the fat transfer technique, which is still underutilized in the industry today. “With fat transfer, the incisions are tiny — both to take the fat out and to inject. You get the double benefit of removing the fat where you don’t want it and then the larger breast size or whatever the case may be,” the doctor says, “plus, the recovery time is minimal because you can get back to doing what you want to do within a couple of days,” He states another important fact, which is that implants have a lifespan on them, eventually wearing out and requiring replacement, but fat lasts forever and changes with your body. Newman concludes by saying, “we often refer to fat as liquid gold.”

The usage of fat transfer has given Dr. Newman’s clients results better than they could’ve ever dreamed. As an educator, Dr. Newman also gets to change the perception of what plastic surgery is all about through exceptional work and extensive knowledge. “Good plastic surgery is a change that is more subtle. Someone that has never met you shouldn’t be able to tell if you had surgery or not. You should just look like a better and more refreshed version of yourself!” He exclaims.

The plastic surgeon shares the story of a patient who lost volume in her breast after having children and breastfeeding, resulting in her feeling self-conscious while undressed. She came in for surgery with her husband, who was a bit apprehensive due to concerns of her breast looking too fake. “After she healed from her surgery, her husband was thrilled,” Newman states, “In fact, she would tell me that she had to lock the office door at home to get work done since her husband would frequently disrupt her with advances and invitations to get frisky!”

A procedure that is near and dear to Dr.Newman’s heart is the Mommy Makeover, which involves some combination of breast and abdominal surgery after giving birth. “This is another one of those rewarding things that we do with plastic surgery. Mothers sacrificed a lot for their kids and their family, as well as their time and their bodies and they’re just looking to get back where they were,” says Newman. He’s also taken great pride in lending his skills toward women with breast cancer. “Plastic surgery is usually the one positive element during the treatment process for breast cancer patients,” he says, “it can be a long road for both the patient and the surgeon, but a beautiful collaboration and friendship develops along the way.”

Patience And Compassion Are Key

The hunky doctor has been regarded by his patients for his thoughtful and compassionate demeanor, qualities that are evident in his work. “Patients need to feel comfortable having a conversation with somebody that’s calming and confident. Understanding is also very important in order to communicate their goals and to get great results.” Dr. Newman explains. “plastic surgery is a very personal choice and path. I think it’s important for patients or clients to have someone they feel comfortable talking to; it’s a very personal journey, and we’re on that journey together.”