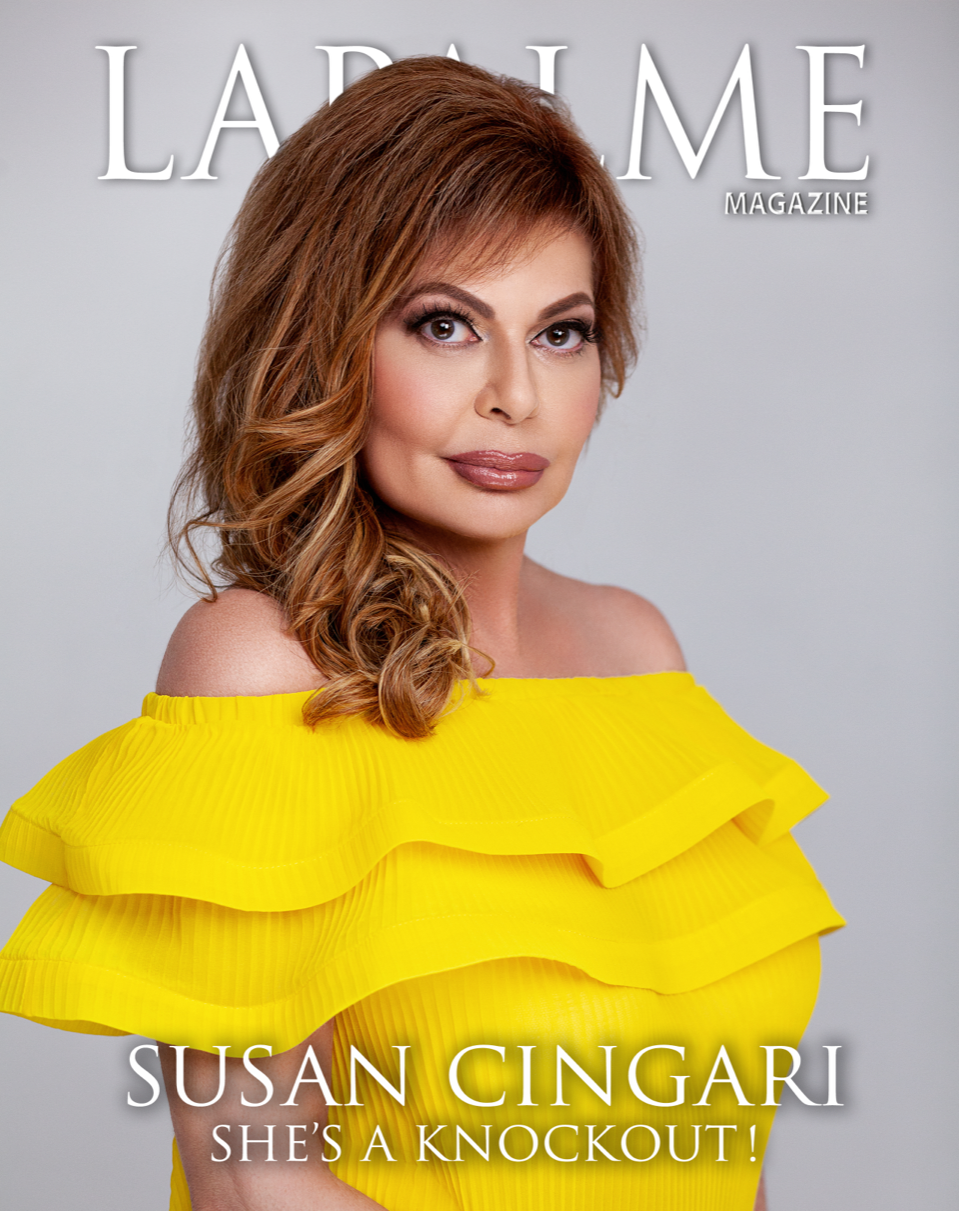 From a young age, Susan Cingari knew she wanted a career in media and work on stories that would change the world. The Southeast-based award-winning journalist and reporter have over twenty years of experience in newspaper, television broadcasting, and radio, covering some of the nation’s major news events, high-profile trials, newsworthy feature stories, glamourous red carpets, and countless celebrity interviews. Cingari has worked as a freelance writer, reporter, host, and producer for notable national television shows such as Entertainment Tonight, Rachel Ray, EXTRA, Inside Edition, and America’s Most Wanted. She has also made her mark among countless top-tier media outlets with CBS, BBC, MTV, Discovery, CNN (where Cingari started her career), and Fox News, where she was one of the first video news reporters and producers hired, being among her long list.

After accomplishing so much in media — as well as a chance encounter and canceled interview — Cingari discovered and became infatuated with MMA. Through the suggestion of strength and conditioning coach JC Santana, Cingari worked on a story on MMA fighter Micah Miller. After binging episodes of The Ultimate Fighter and chatting about MMA with her friends, she realized how many people found the sport barbaric. So, she decided to make it her mission to change what people saw at first glance

She went on to interview MMA notables such as Tito Ortiz, Ken Shamrock, Jessica Aguilar, Frank Mir, and even UFC President Dana White. When speaking on how MMA piqued her interest, Cingari states, “I’ve really embraced that there is so much more to this sport. If you don’t take the time to go beyond what you see in the cage or the ring, you get this perception this sport is animalistic or barbaric and it’s really not.” Cingari shared her newfound love for MMA with her friend and radio personality Ira Glass, who suggested she check out bare-knuckle boxing. Little did she know, bare-knuckle would be the thing to reinvigorate CIngari’s passion for journalism and reporting.

Every Fighter Has a Story

If there was one thing that was clear, it was that bare-knuckle boxing was the Connecticut (New Canaan) native’s latest obsession. “The fights were bloody and barbaric, but it reminded me of gladiator spirit,” Cingari explains. “I was fascinated with the fact that they would hug each other after because of the honor; it’s an honor to have a worthy opponent. That stuck with me.” She began interviewing fighters through Skype, and not long after she was at BKFC 6, conducting interviews for Bare Knuckle Fighting Championship. “My goal is to tell the stories of the bare-knuckle fighters,” Cingari states. “They fight for barely any money, but for the love of the sport. I knew instinctively as a journalist that if I could help promote this sport, I would then be able to promote the fighters. I could go to sleep at night knowing they might’ve made more money to provide for their families.”

Nobody Beats Her to the Punch

Cingari is simply the middle ground in getting the stories of these fighters out to the world — but in doing so, she finds that she continuously pushes beyond her limits and learns more about herself. “What I’ve learned from the fighters is, if they can go through a fight at the last round while bleeding and their vision is off, essentially go through a dogfight, then I have no business complaining that I can’t show up to do an interview because I have a cold.”

Cingari also has a YouTube channel called Bare Knuckle News where she covers all the happenings in the world of bare-knuckle. The channel has over three million views to date. When speaking on the channel she says, “Although the fighters do inspire me, the thing that inspires me the most are the fans. I read every single YouTube and Instagram comment. I respond to my fans and when someone tells me I’m doing a great job, I write back and say, ‘Really?’ Then, all of a sudden, that 14th hour of work doesn’t seem that bad.”

Cingari has also taken up boxing to better understand the sport and to add a deeper understanding to her reporting. “I’m starting to go through some drills because I want to understand more about what happens on the inside,” she states. “As our audience grows, they get more intelligent about the sport, so I need to be in line with that.”

Among all of Cingari’s career accomplishments, she states her LaPalme cover is the best. “It’s my biggest accomplishment ever, it really is — it’s the pinnacle,” she states. “I don’t think of myself as a celebrity. Yes, you have to have a certain look to be on camera, but to be on the cover of a magazine is amazing.”

Cingari is also adding philanthropy to the bare-knuckle world, making efforts to connect the fighters with children to discuss anti-bullying. “I do make a sincere effort to work with the fighters on bullying. Many of the shorter fighters and those a part of the LGBTQ+ community have been bullied and got into MMA because of that. Many have also had drugs and gang problems or were inner-city youth who got into it as a way to let out some frustration.” She recently asked a fighter to give a kid a shout-out and he was happy to oblige. “To a lot of children some of these fighters are their heroes and now they have their heroes acknowledging them,” she says.

The bare-knuckle reporter is also designing a line of bare-knuckle-based jewelry for fans of the sport and fighters alike. On top of all of that, she is working on multiple forms of content to ensure every fighter’s story is indeed told. If there is one thing that’s undeniable, it’s that Susan Cingari loves bare-knuckle boxing —and the sport loves her as well. “If I didn’t have bare-knuckle and MMA, I don’t know what I’d be doing with myself,” she explains. “I feel like my mission now is to take bare-knuckle mainstream and let people understand what it’s about. Bare-knuckle really is my passion.”