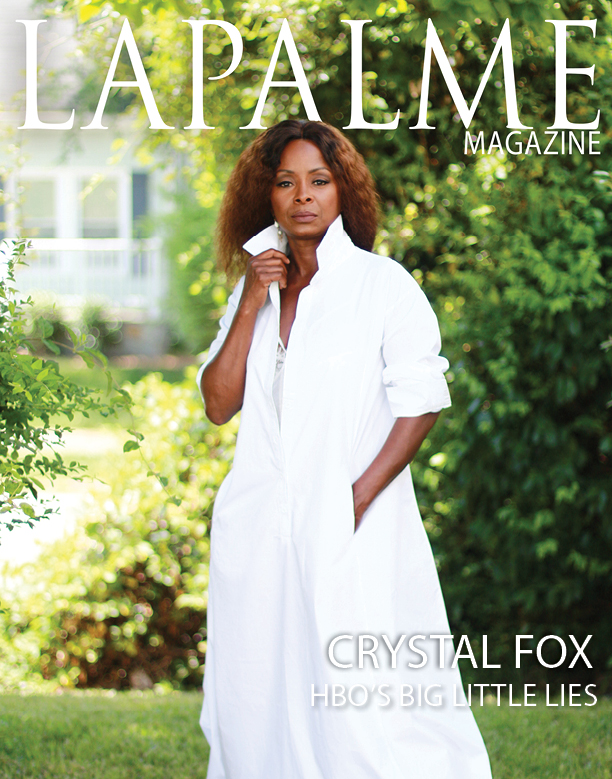 As a little girl, she danced around the house. When Crystal Fox was 8 years old, a friend of the family paid for dance classes that soon solidified her desire to become a singer, dancer and actor.

“After seeing a theatrical production of Ntozake Shange’s play ‘For Colored Girls Who Have Considered Suicide/When The Rainbow Is Enuf’, and once I saw Miss Cicely Tyson in Roots & Miss Meryl Streep in Sophie’s Choice, my intentionality as an actor became clear!”

You may know Crystal Fox from Heat Of The Night, The Haves and Have Nots, or most recently Big Little Lies as Elizabeth Howard, mother of Bonnie Carlson played by Zoe Kravitz. When auditioning for the role, Fox couldn’t help but wonder if the part would ultimately go to Bonet, Zoe’s actual mother.

“I am much more Spiritual than Elizabeth. My faith is the basis of my life. I don’t believe Elizabeth has a consistent spiritual practice or religion. I do believe she and her daughter have inherited the traits of empaths/sensitives.”

Once on set, Fox was welcomed into a warm, collaborative atmosphere.

“I worked with most of the cast. I was in a scene with Reese and Nicole. I was not in a scene with Meryl. However, I met Meryl last February when we returned to do some touch-ups. It was very empowering to be a part of this cast.”

As a previous fan of the show, Crystal wants new fans to enjoy the two seasons on HBO. She says of her role as Elizabeth, “Behind every facade is a person who is ever changing, healing, growing into a better version of themselves, which can be extremely challenging in this realm of human existence.”