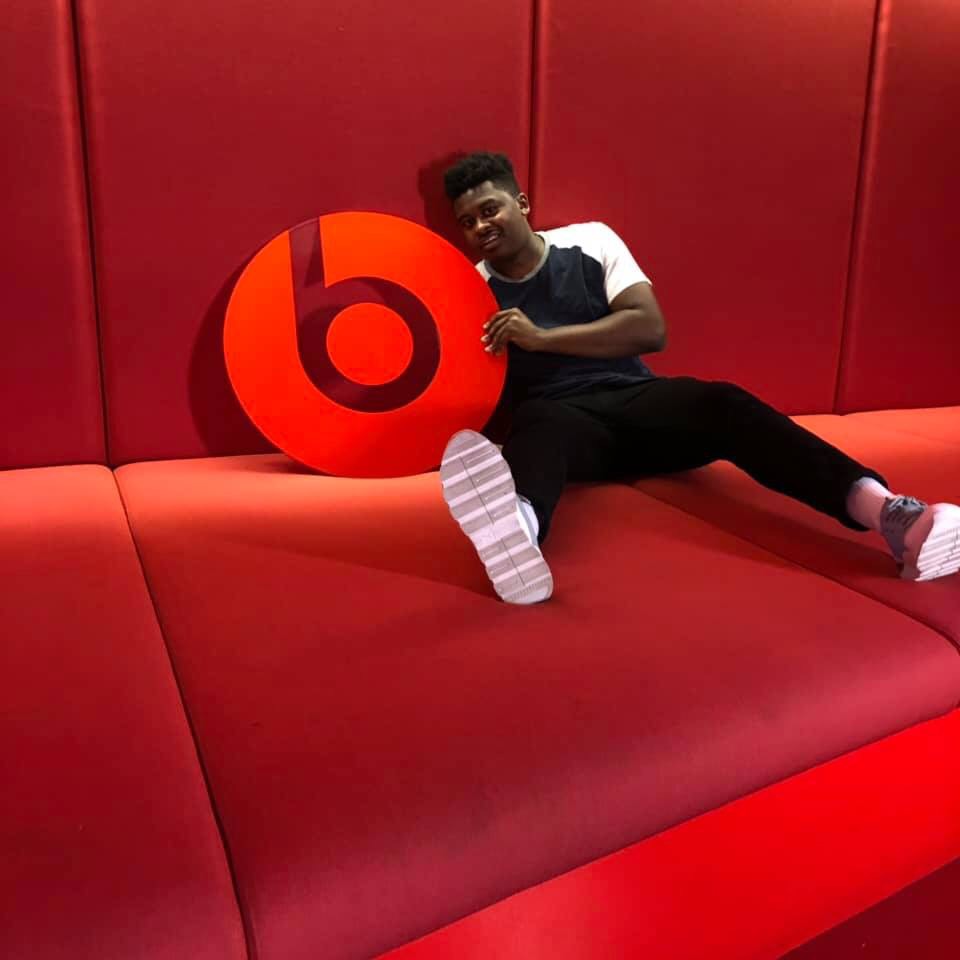 Growing up in the small town of Bremerton, WA, Wayne Ayers was homeless from 7th – 12th grade. Once he graduated high school, Wayne moved to Los Angeles, CA to study business at East Los Angeles College. On the weekends, Wayne helped his friend on the red carpet as a videographer. This created connections that helped Wayne start WhereistheBuzz, an online media company with a focus on breaking news from entertainers, politics and human-interest stories. LaPalme Magazine got the chance to sit down and discuss his inspiration, career and the obstacles he faced along the way.

LM: What inspired you to launch WhereistheBuzz? Why is it important to you?

LM: Can you tell me about your business? Walk us how you got started and how you got to where you are today?

LM: What did you do prior to WhereistheBuzz?

WA: I was bank teller at Broadway Federal Bank. Which was very great because I got to work with a lot of black people. It was great experience but I hated banking and I knew I didn’t want to do for the rest of my life so I left. This job made me learn a lot about myself. I learn I didn’t want to work for nobody else for the rest of my life and also made pursue my dreams. I really do appreciate that opportunity I received in my life.

LM: What obstacles did you face starting your business?

WA: The industry. If you don’t know or related to anyone in a high position in Hollywood it’s harder to get the same opportunities as others, even when your content is more influential and impactful to others. Also, people will also come around you when you are doing great things so they can use you to level up. I suggest people should just stay true to their core and really appreciate the people that help build you.

LM: What advice can you give young adults looking to start their own businesses?

WA: Have your eggs all in one basket when you start off creating your business and when it’s established start removing those eggs to create more opportunities and different revenues for yourself. Be fearless and silence anyone who isn’t doubting your process. Also, take criticisms as a blessing. If you make a mistake, don’t panic just stay calm and learn from it.

LM: What did you aspire to be when you were younger?

WA: I really wanted to be in the NBA. I would go straight to the YMCA everyday after high school practicing. I would do 6AM workouts, but our high school basketball coach didn’t care about his players. We had a lot of talent on our team that should’ve went D1 but our coaches and schools let the athletes down.

LM: Who else played a meaningful role in creating WhereistheBuzz?

WA: Our supporters, family, team, and the publicity companies that offer us opportunities of a life time.

LM: What other passions do you have besides WhereistheBuzz?

WA: I really want to start creating films and telling stories about what’s going on in the world. I love to code and build apps. I also want to get into real estate just so the future Ayers generations are set in life. I really love to create and build new things.

LM: How have you seen WhereistheBuzz make an impact in the entertainment industry?

WA: WhereistheBuzz has been featured in various prestigious publications including The Huffington Post, Ebony Magazine and Black Enterprise. It was the official news critic for STX’s “The Upside,” and recognized by Kevin Hart. This year we’ve had viral interviews with Sandra Bullock, Chloe Moretz, Ben Affleck, Angela Bassett. Perhaps the most viral interview was Halle Berry stopping on the Red Carpet for our reporter when directed not to by a publicist. WhereistheBuzz wants people to think outside of the box. We have made people aware of social issues.

LM: What plans do you have for WhereistheBuzz?

WA: We are going to keep doing ground breaking things and still touch on the eastern part of the world because we don’t get coverage from mainstream media. Expect us to keep fighting for equality in media in Hollywood. We will keep interviewing your favorite celebrities. Also, we still start filming our own content so expect a digital show to come out within the next couple of months. We are currently building an app for our supporters. Hopefully we can transform it to a gigantic company.