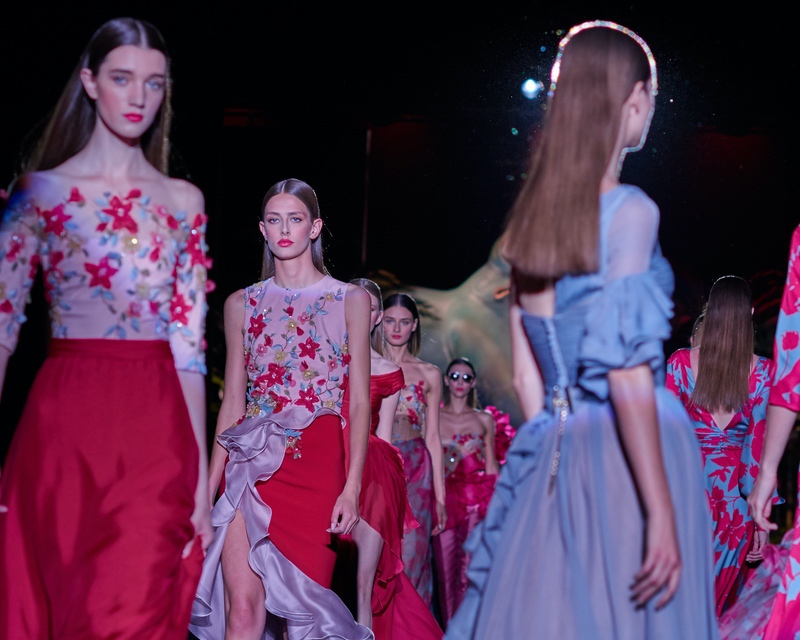 Half Valencian, half Andalusian, he was born in Caracas. The man behind Hannibal Laguna grew up watching his parents at work on one of the 1970s’ most outstanding children’s fashion brands. At the age of 15, he moved to Europe and studied tailoring in Milan, specialising in volumetric construction and the technique of pattern-making on mannequins.

In 1987, his first “Concorde” collection received the Air France award and he was selected by Paco Rabanne to represent Spain at the international “Europe in USA” show.

Hannibal Laguna, the firm, was formed in 1988, coinciding with the presentation of the first show at the legendary Colony Theater in Miami and an exhibition of his collection at the Miami Convention Center. Critical and media acclaim prompted the then-small family business to move into global distribution and the opening of a new atelier for the brand. Soon afterwards, the firm began experimenting with creating exclusive designs for clients, and boutiques started ordering pieces from the private collections. This is when they decided to fuse prêt-à-porter with exclusive designs, thus creating the iconic couture collections.