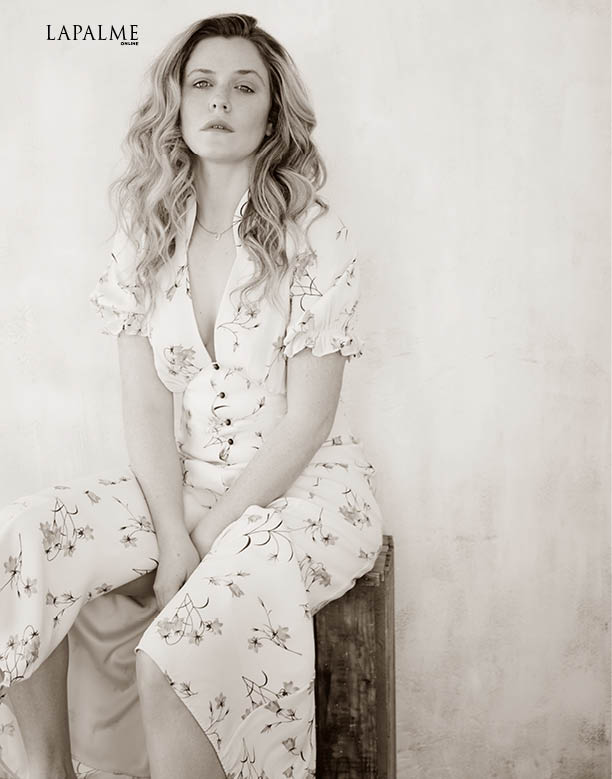 When it comes to housing the ability to see and hear the dead, Cassie Bedford constantly wonders if this is a curse or a blessing. NBC’s drama series The InBetween stars Australian actress Harriet Dyer as the hopeful clairvoyant. You may know Harriet from Love Child, The Killing Ground, and the second season of the CBS All Access comedy No Activity. Harriet recently announced that she will be joining the cast of The Invisible Man for Blumhouse-Universal. The cast includes Elisabeth Moss, Aldis Hodge, and Storm Reid and starts filming next month in Harriet’s native county of Australia and will hit theaters March 13, 2020.

Harriet Dyer recently sat down with Lapalme Magazine to give us an exclusive take on her role as Cassie.

LM: What was the most exciting stunt you’ve performed?

HD: Being sucked out of the window in EP 3 and falling from the sky on what they call a “descender rig” was pretty insane. You essentially get hauled up to the ceiling of a studio, maybe 3 stories up, then dropped on four wires with a MASSIVE camera rigged on top of you and fall just short of a padded mat. It was pretty amazing, considering I am not a very sporty girl.

LM: What goes into preparing for the role of Cassie?

HD: For me, the accent was a big part of preparation. I am Australian and have never played an American character. Beyond that, it sounds simple, but getting sleep and learning the script was part of preparation.  Also, trying to not get too dark on all the visions when I was home at the end of a night. As for playing a medium, I just let it come.

LM: Before accepting the role of Cassie, Did you believe in ghosts, spirits or psychic ability?

HD: No, I didn’t believe. I was a little apprehensive about it all. If I was out with my family and we saw a sign that said “fortune teller”, “psychic” or even “palm reader”, my Mum and sister would grab each other’s hands and run in together and I would wait outside holding the handbags, but now I get it.

LM: What have you learned about yourself from playing Cassie?

HD: I’ve learned that there is something else out there. When we die, we don’t end and that I really should have learned how to pull a beer before turning 30 and doing it on camera. I sucked at that in the bar.

LM: Do you see Cassie’s abilities as a curse or a blessing?

HD: I see Cassie’s abilities as both a blessing and a curse. I think it’s my job to. I need to show both sides of that coin, the hardships, the wins, and then the audience needs to make up their minds on whether it’s a blessing or a curse from the comfort of their easy chairs.

LM: What do you hope viewers takeaway from the series?

HD: I hope they takeaway being entertained, feeling like they saw a good whodunnit, their eyes opened a little or their curiosity piqued about the other side, and comfort.

LM: After coming from Australia, what was filming in Canada like?

HD: Filming in Canada was COLD. The budget was crazy. It had bigger sets, more crew and much longer days. The crew was amazing and there was just so much support for the actors in that sense.

HD: Yes. I never said it out loud though. It was like a secret I had, but I didn’t make a back-up plan. I have the most amazing family who supported me all the way and never said I should do something more sensible. Also, I wasn’t much good at anything else.

LM: Do you have any advice for young adults pursuing a career in acting?

HD: Yes. My advice is to train. Go to drama school, film school, acting school, or whatever you can. It’s tough out there and you really have to have training. Of course, some people get in from having an amazing face or something and they learn on the job, but I wouldn’t rely on that happening. Also, when you do an audition, just walk away from it. Throw the lines out, get a coffee, and forget about it. You’ve done all you can do.