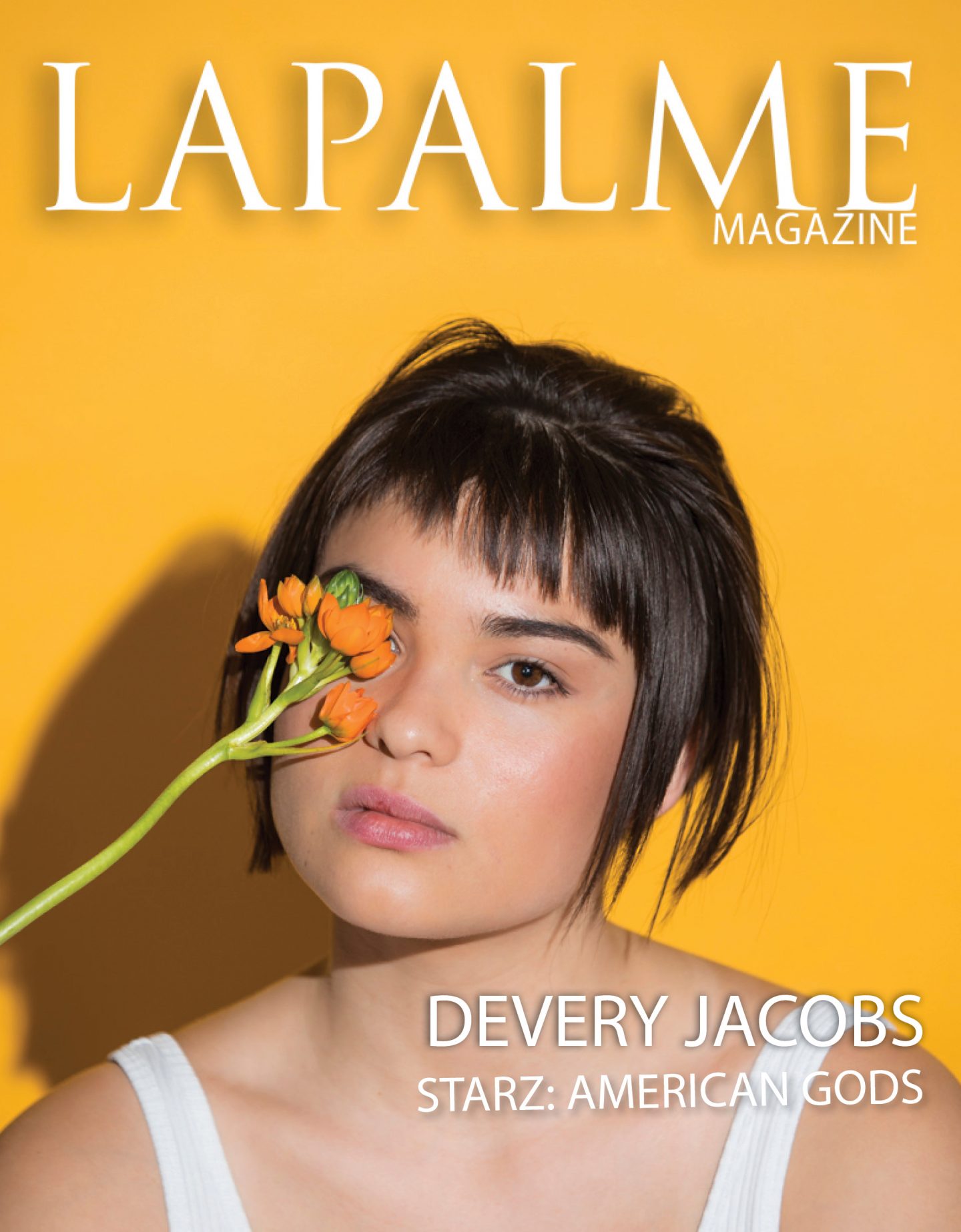 Starring as Sam Black Crow, actress Devery Jacobs brings authenticity and life to STARZ series American Gods. For Jacobs, who is of Kahnawà:ke decent, the role marked a chance to play a character that she has always identified strongly with.

“It is important to cast Indigenous actors in Indigenous roles because of the extensive history of whitewashing, misrepresentation, redface. Now is the time to properly represent and tell our stories honestly.”

Can you tell us a bit about how you got into acting and the industry?

I grew up in Kahnawà:ke Mohawk Territory and made my acting debut at seven years old; as a munchkin in my reservation’s production of The Wizard of Oz. I always loved acting, and my mom submitted me to a talent agency in Montreal (that bordered my rez) when I was a kid. I was thirteen years old when I landed my first feature film, but there were so few roles for Anglophone actors, let alone Indigenous actors, that I thought making a career out of it would be impossible. Instead, I studied to be a counselor and worked at the Native Women’s Shelter of Montreal, when I was cast in my first leading role; in the feature film Rhymes for Young Ghouls – which launched my career. It was that moment that I knew I couldn’t do anything else with my life.

On American Gods, you star as character Sam Black Crow, Can you tell us a bit about your character?

Sam Black Crow is whip-smart, a bit guarded and a cynic, but is also deeply curious about life and about Shadow, who she encounters on her journey in episode three of Gods. We get to see a softer side of Shadow for the first time as the pair form an unlikely kinship, in their own way.

Do you relate to your character at all?

I have been such a fan-girl of Neil Gaiman’s novel, American Gods for years, and I completely connected with Sam Black Crow. As an actual sarcastic, queer Indigenous woman, I thoroughly related to Sam’s experiences and hounded my agent to make sure I auditioned for her.

What has been your favorite part of becoming a part of the show and its story?

I love the world that Gaiman created, that explores America’s melting pot of immigrants and their beliefs, but how gods are actually just people who are surviving day-to-day. I love that American Gods doesn’t shy away from politics and has exposed the truthful perspectives of so many Americans.

How do you prepare for a role like Sam Black Crow? What kind of research do you do?

Preparing for Sam who is Cherokee, was raised by her white mom and is estranged from her full-Cherokee father, and identifies as two-spirit, required insight, but not the kind that can be researched online. Instead, I had to look internally at my own experience as a queer Mohawk woman, the experiences of my urban-Indigenous counterparts and the beliefs of different nations/tribes. I don’t identify as two-spirit because I’m Mohawk, and we didn’t historically have that term or acknowledged that culturally – but Sam is Cherokee, and they did have two-spirited people. Another aspect I applied to Sam was her longing for her connection to culture. There are many nuances and different ways to be Native, and I found a balance between each of these aspects in addition to Gaiman’s beautiful character he created when bringing Sam to life.

As an Indigenous person, do you hope to explore more projects behind the camera that represent the everyday life and struggle of Native people?

As a creative behind the lens, I’m interested in sharing compelling stories that speak to me; I’m producing work that isn’t about my culture but has meaningful feminist conversations. But for the most part, the majority of stories that I’m interested in telling reflect my upbringing and the complexities of my community, and what it means to be Native.

As the co-founder of Kahnawake Youth Forum, what kind of work do you do with the organization?

I co-founded the Kahnawà:ke Youth Forum on my reservation when I was sixteen, as a means to organize rallies, protests and participate in creating community legislation. While I used to be active on the frontlines, in more recent years, I’ve shifted my focus toward creating change and activism through art.

How do you hope to use your creativity to pave the way for changes?

I’ve noticed a few differences between Canada and American around their treatment of their Indigenous people; in Canada, there is more outright discrimination and racism against Native people, whereas, in the US, they’re treated as if they’re invisible or don’t even exist. It’s my life ambition to accurately represent and truthfully tell Indigenous stories in front and behind the camera, to create a greater empathy in audiences toward our continent’s first people. There is so much beauty in our cultures to be shared.

All of these projects seem quite time-consuming, how do you stay connected?

Staying connected can be difficult, especially when juggling so many projects and positions. Being away from home can be incredibly tough, but I make a point to visit my family on my rez as often as I can, and I take Mohawk classes to learn more of my language and stay connected to my community.

Typically I press snooze a million times (I am really good at sleeping), and I get up and bike to the gym. Afterward, I’ll come back and have coffee, make breakfast and answer emails. Then, I’ll either prepare for an audition or work on grants, scripts or whatever I have on the go. I’ll run errands and later make dinner – I’m such a foodie, I’ll usually try new recipes. Then finally I wind down for the night, and will typically throw on one of my favorite shows and cuddle up in my giant bean bag. Sometimes I’ll work until I go to bed, but I’m trying to set boundaries and give myself some time to wind down!

Her role on American Gods isn’t the only thing keeping Jacobs busy. She can also be seen on the Netflix series The Order.