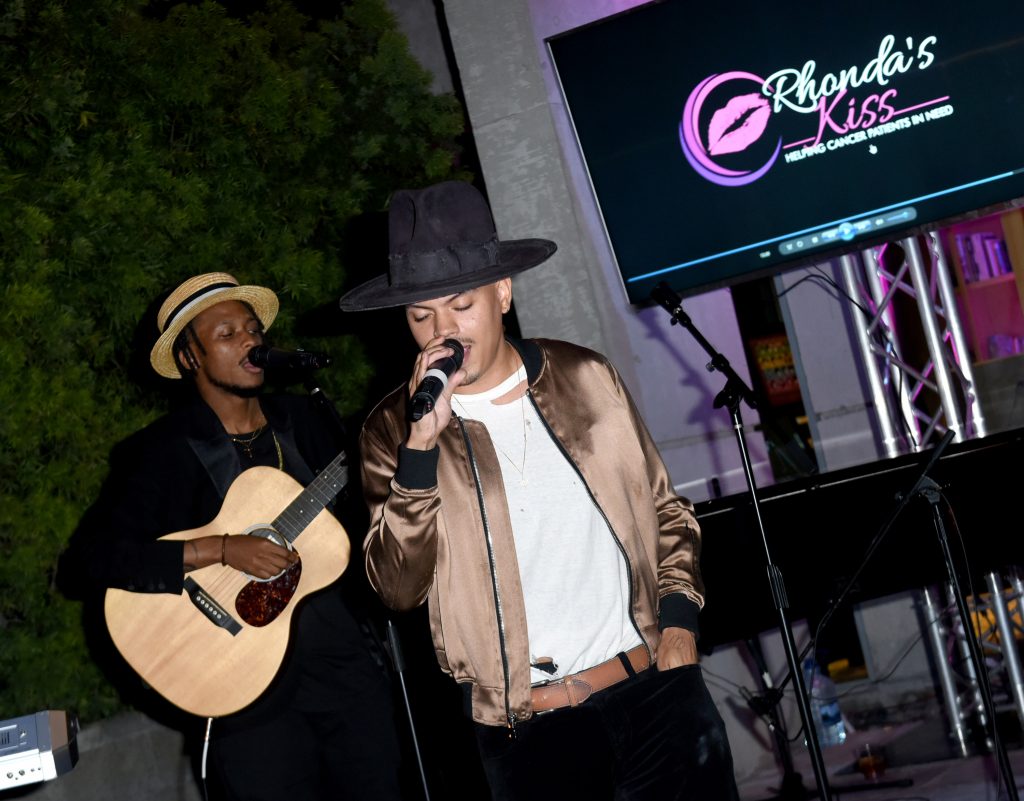 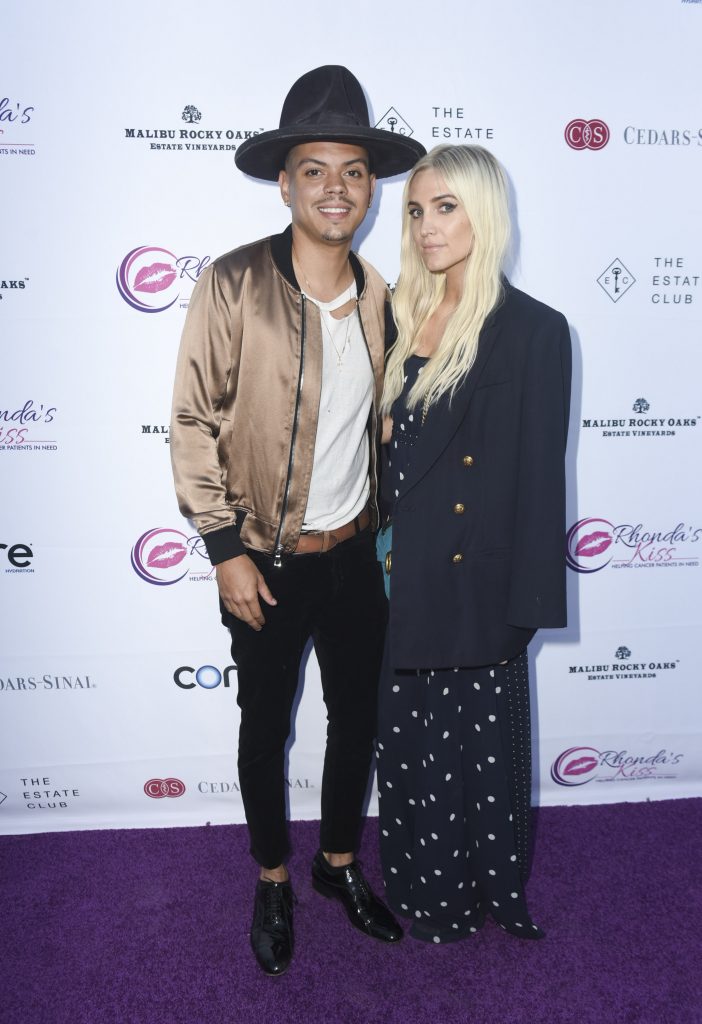 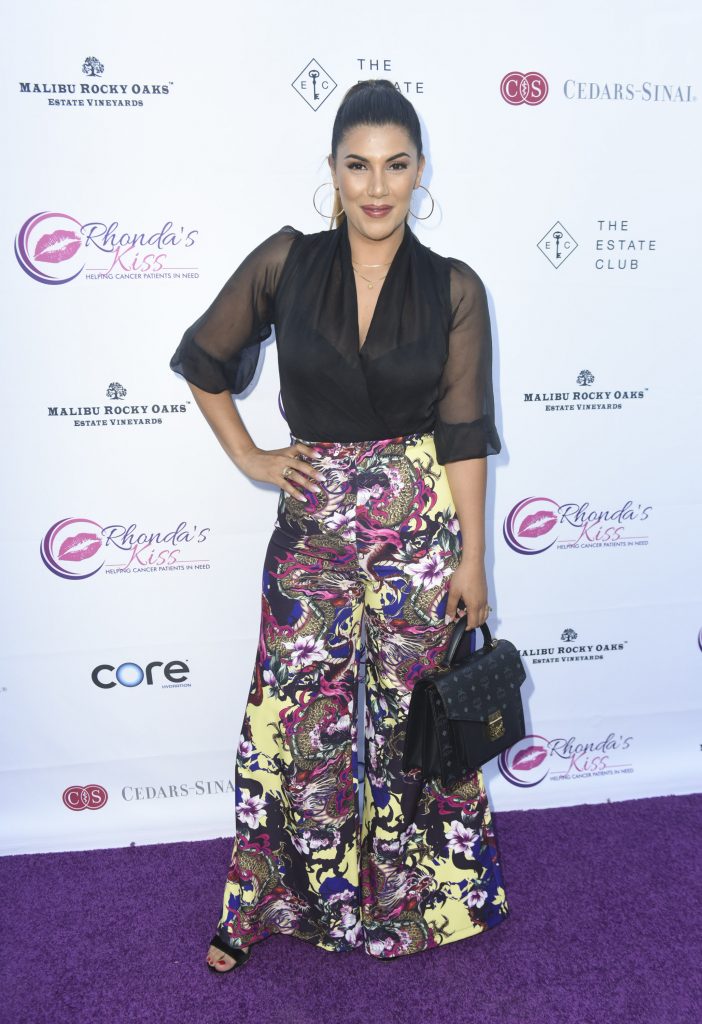 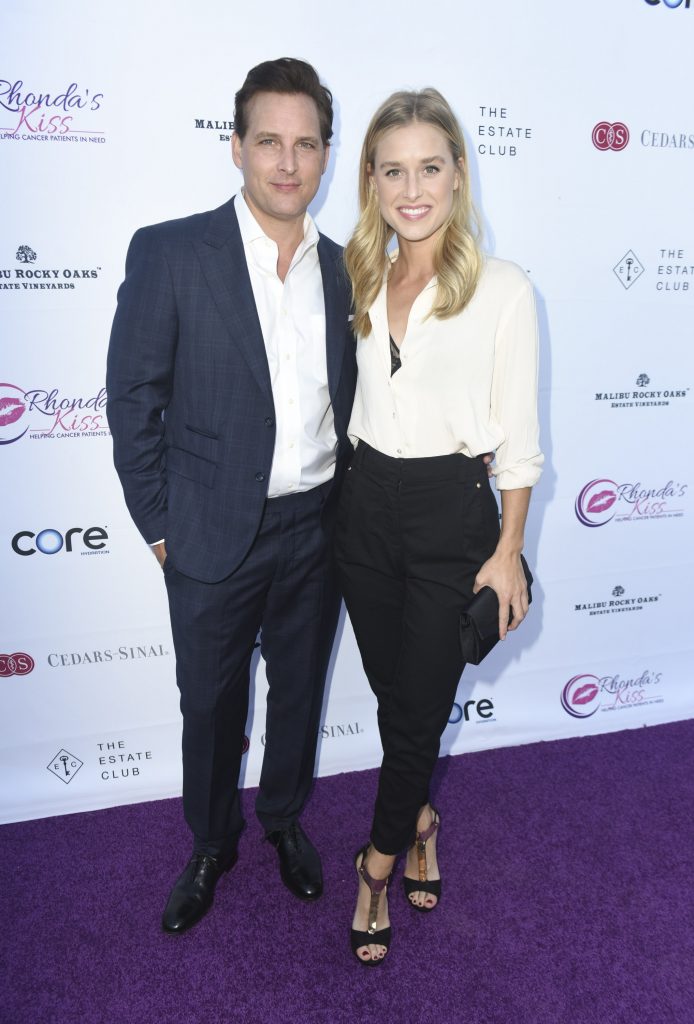 Committee supporters Bob Saget and Mario Lopez also spoke through videos aired during the evening since they could not attend in person.
The evening included presentations by Executive Director Kyle Stefanski, such as a beautiful tribute video to Rhonda Stefanski, their Hope and Inspiration Award which went to an incredibly deserving cancer patient close to the organization’s heart, a silent auction portion which even featured a custom piece of artwork by Evan Ross. Guests enjoyed delicious catering by Los Angeles favorite CRAIG’s, specialty cocktails by Carbonadi Vodka and 4 Copas Organic Tequila, premiere wine selections by Malibu Rocky Oaks, Peroni beer and CORE water and a “Kissing Booth” by Pop Social. Florals by Petals LA. 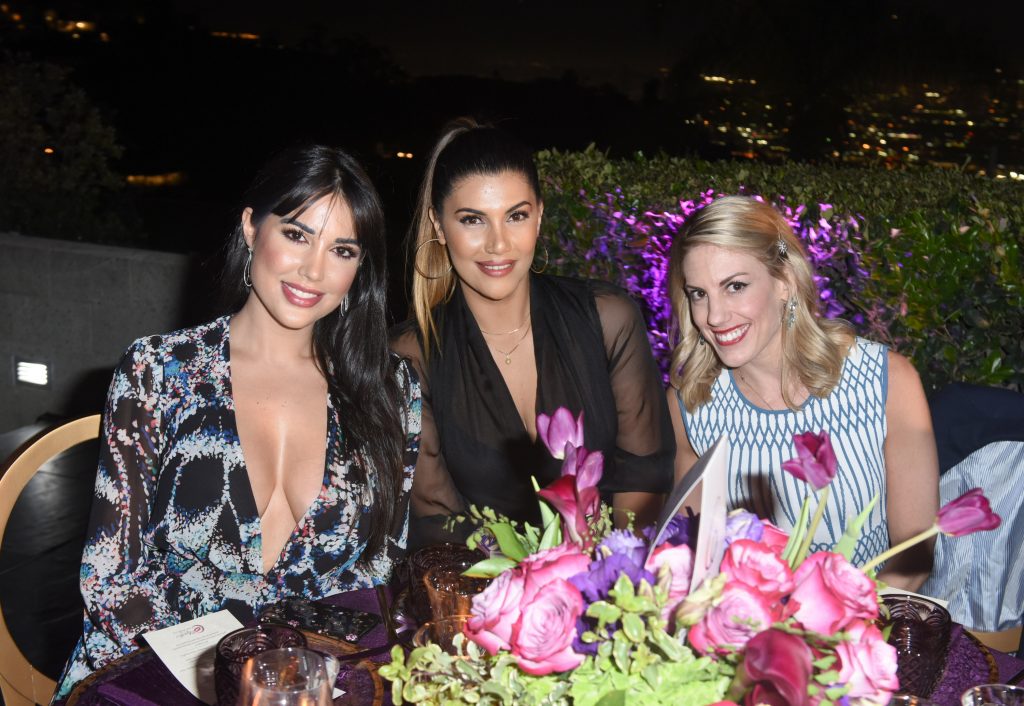 Rhonda’s Kiss was founded to help cancer patients in need, mainly focused on the non-medical costs such as transportation, childcare, therapy, holistic healing, wigs, rent, and more that can add up tremendously as a result of the diagnosis. The organization’s friends at Cedars Sinai offered special support to the evening. 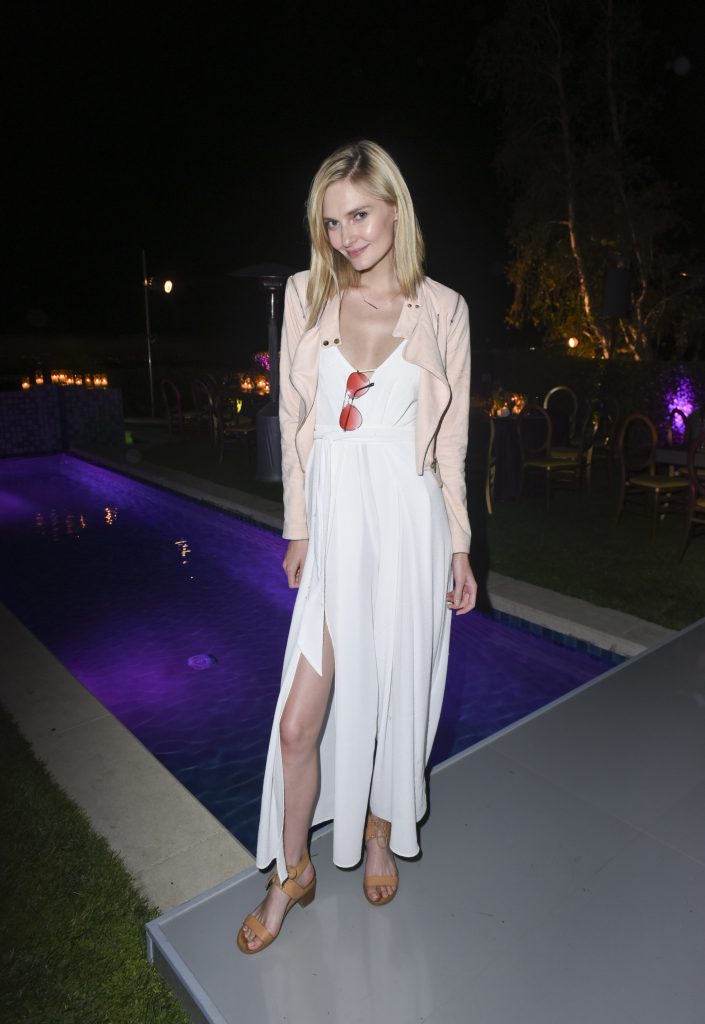