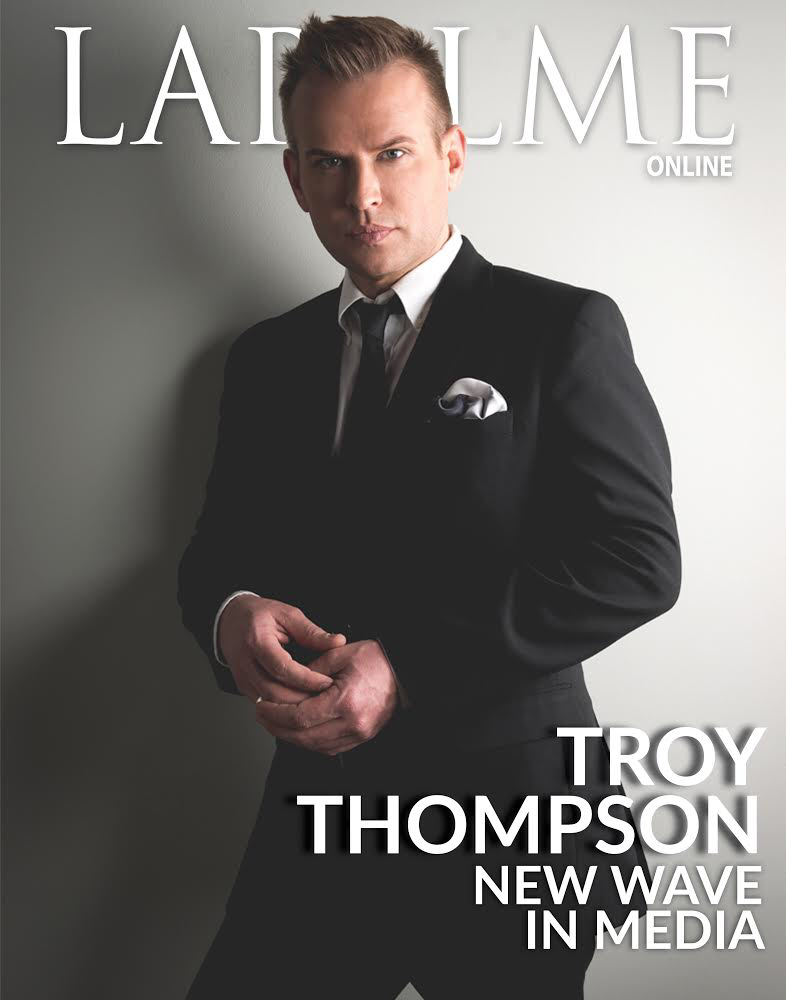 With a long and lustrous hair career that saw him catapult to the A-list heights of Australian Hairdressing as an in-demand salon owner, Troy got his start on Australian series “Ten Years Younger in Ten Days”.

In the following five years, Troy embraced and created opportunities. He published two books, appeared weekly on Australian national radio and television, and then hosted his own Australian Radio program. Troy quickly became a new media personality in Australia on channels Seven and Nine.

Now in the USA, Troy, is currently the host and executive producer of Midday Kentucky. His short film “Coming Out” premiered at Sundance Film Festival at the Indi Lounge Park City Utah in 2017, and you can find all his published works online and in bookstores. We caught up with the Triple Emmy Nominated host and executive producer, Troy, for his insights on his career and what it took to get where he is today.

1. Can you speak on your journey going from Celebrity Hairstylist in Australia to TV Host in America?

My career in hairdressing wasn’t handed to me. In Australia hairdressing is very competitive, you had to have a reason to stand out. I was trained by an amazing French hairdresser called Thierry Friengier in a very upmarket suburb called Double Bay. He taught all of us to excel and never to settle for less. Dealing with the high-end type of clients made you realize they wanted the best. In dealing with those types of clients, it opened an incredible amount of doors for me within the world of celebrity styling. I got to enter the world of media not only on air but also in print. I became the go-to guy on all things hair when it came to going on TV to talk about the latest hair trends, which then lead me doing a prime time TV show Ten Years Younger In Ten Days, then it all just fell into place for my career. I remember coming to America for Christmas in 2011, and I was told of an immigration lawyer at a party, and she suggested I should move to America and take my media career to the next level. I arrived in New York December 2012, and headed to Utah for a ski holiday, and cover the Sundance film festival for a media company back in Australia, this is when I met my new boss in Television. I was offered the role as the first male co-host of a show called Good Things Utah, and the 11 a.m. news Midday Utah. I was the first openly gay TV host in Utah. I decided to take my book and radio show that I had done in Australia called Troy Thompsons Guide to the younger you and turn it into a TV show. The Younger You with Troy Thompson. This was a weekly prime-time TV show that won 2 Emmy nomination the first year, then went on to win the best lifestyle show in Utah. The 2ndyear I have nominated again for another Emmy. And so the new part of my career took off and I haven’t looked back.

2. You are a man of many talents from Emmy award nominations to book publishing, premiering your documentary at Sundance! What drives you in all these mediums?

Honestly, I remember something my grandmother said. “No matter what career path you take always be the best you can be” I have taken that with me. When I was asked to write my first book in Australia, I thought to myself, would anyone want to hear from a hairdresser? Then grandma came to mind….. So I thought, “screw it… I’m doing it”. It made me laugh one day when I was doing someone’s hair from the media and she said “why are you writing a book? You should stick to hair…that’s what your good at”. Once again this was just one of the many things that have been said to me over my life to keep me in my place, but that makes me try harder at anything I do. So when that book had sold 10k copies before print I just signed a copy for her and said enjoy. Think about it, how can a hairdresser go from that path to TV guest to bestselling author to radio host then to television host in America, then had a short documentary premiere at the Indie lounge in the Sundance film festival. I have always had people feel they can say I can’t do it. Again that just means to me I can do it. No matter what I do in my different career paths, I always look how can I leverage this moment for the next one, I’m always thinking next step.

3. You have a long career in the industry what has been your greatest obstacle and greatest success?

My Career in Australia wasn’t a bed of roses by any means. I bought my first business at 22 and made so many mistakes. I had no one telling me what I needed to do to be successful and trust me I thought I didn’t need anyone either. I remember sitting at home one day thinking to myself, I’m making a mess of things, what do I need to do to make this all ok. I was told about getting a business mentor. That’s was a great piece of advice that I treasured. It made me realize that you can reach out for help and you’re not alone. It’s ok to ask, and now I’m always asking and learning from people who have had success in life. Surround yourself with people who you can learn from. I believe when people ask me what are your biggest obstacles, my answer now days is, you can be your own biggest obstacle. It’s only yourself that hold’s you back. We can all sit back and blame many things on why things don’t work out or why this happened or why am I failing. Ultimately it’s up to you to make it happen. Don’t expect someone to do it.. Do the HUSTLE I say. But hey, when I was first nominated for my very first Emmy award… I did close the door and scream a little to myself and thought YES…. I did it.
I was back home in Australia about 2 years after I was in America and someone said to me: Troy do you realize there are people in America that would dream of doing what you do, there are people who have worked for years trying to succeed, you must remember that and be happy that you have made it happen for yourself, and now I realize that is my biggest success.

4. Your film “Coming Out” premiered at Sundance, can you touch on the importance of this film premiering in this setting?

I remember watching a story on our news in Utah about a young guy who was attacked by a group of people who hated gay people. We then found out it was all a hoax, he had done it to himself. I couldn’t believe it. Why would someone do this, why couldn’t he find help in another way, why did he need to go such lengths to get help, to get people to listen to him. It broke my heart. It bought up feelings in me that I have never had to address. Yes I was openly gay and yes I was never judged for that until I moved to Utah, there were viewers writing in to me saying horrible things about me, people approaching me at shops stating horrible things that would happen to me because I was gay. This all from people who are supposed to be God’s children. It got to the point where I was so nervous going out that I questioned why am I doing this, why am I putting myself in a place where I can be verbally abused from people I don’t even know and why do they feel they can do and say these things to me just because I’m on TV. I never told people at the time what was happening I was keeping it to myself. I remember when the marriage act was first past in Utah and I said in a production meeting that we should probably talk about it in some way on our show. One of my co-anchors turned to me and said, “Why do we need to talk about it, people don’t need to hear us talking about this, our viewers aren’t interested in that.” I was furious, I never waived the gay flag, I never made my views on air apparent, but yet I always heard yours on your faith. I then realized I needed to do a better job at putting my voice forward for people who don’t have a voice.
So when this young man did what he did I knew I had to say something. Yes, my short documentary, “Coming Out”, is a diverse collection of stories about growing up homosexual in the Mormon religion. I closely looked at the culture surrounding Utah’s Gay community, both positive and negative, and I wanted it told by active and non-active families of the LDS Faith. I didn’t want it to be about bashing the Mormon faith on their gay views, I wanted these families to just say what they were feeling. After watching the room fill up on the night to a packed house and then a 2 hour question answer time where people got up and told their stories. I knew I had done the right thing.

5. What’s it like being the only openly gay Aussie on talk show host in the South Daytime TV? And how you are a voice for the LGBTQ community.

Look, it wasn’t lost on me that I was coming to yet another state that was very republican and religious, plus I knew there may be some of the same issues that I had in Utah, but I can honestly say not one person has ever said to me what was said in Utah. But I learned from my Utah experience, straight out of the gate on my show in Kentucky I made my stance very quickly. Listen, as a TV host, you have to be able to simulate yourself in the surrounds of your viewership and know when you can say and do what you need to do to get your point across. I was recently at an event as a guest when one of the organizers got up and said that she wanted to thank me for all that I do for the LGBTQ community. I was a little embarrassed because I didn’t feel that I had done a great deal yet, but she went on to say that I have the only show that allowed a voice for the LGBTQ community. That was part of my job I thought, listen to your community give people a voice. I’m about to go and Emcee another LGBTQ event. I’m thinking to myself, am I a voice? Am I making some small difference? I guess I am on some level. It’s not lost on me that I’m doing something that not everyone gets to do. I get to show to all the young gay guys and gay girls that it’s possible to lead the life that you manifest and at least try to be true to your true self. 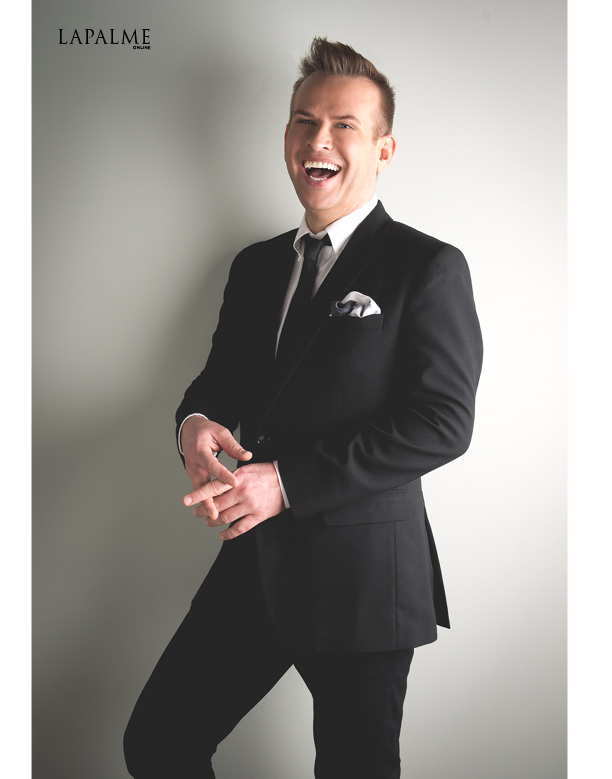 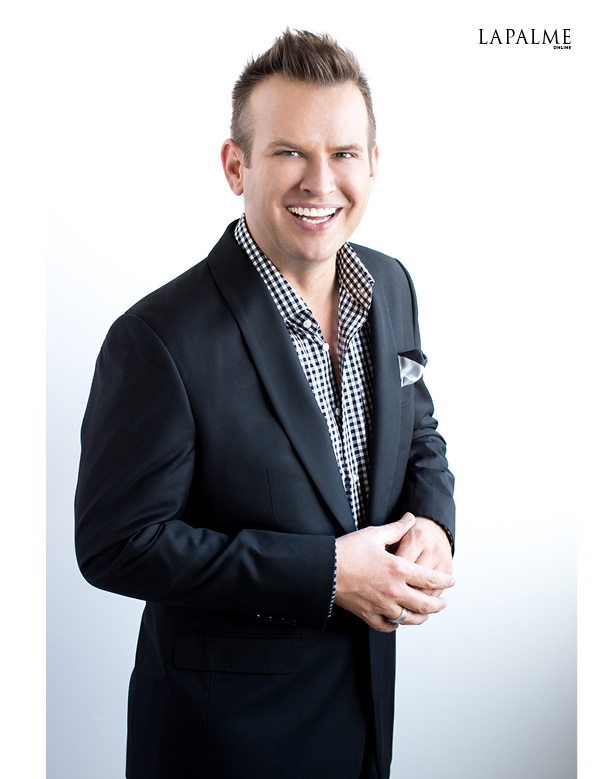 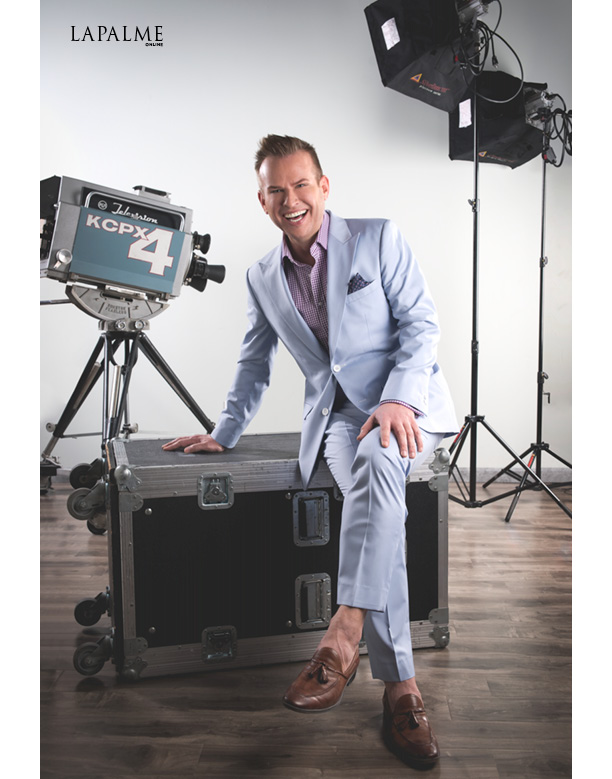 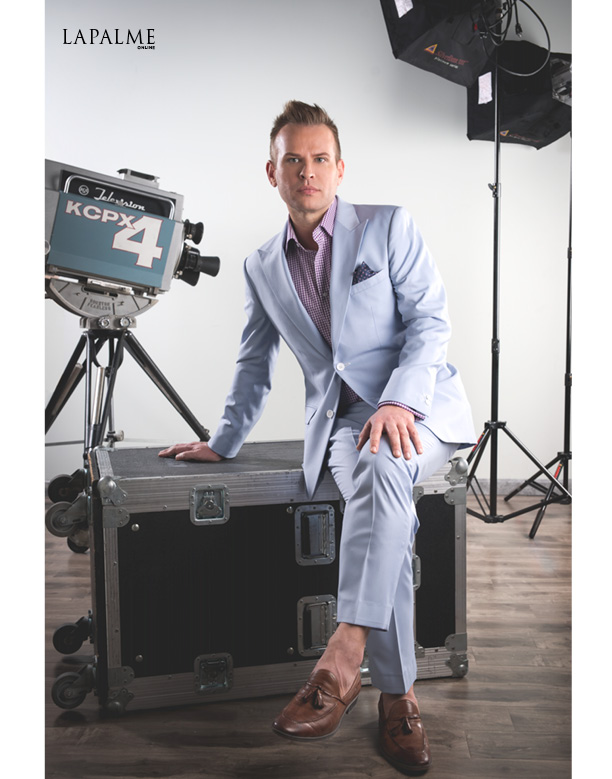