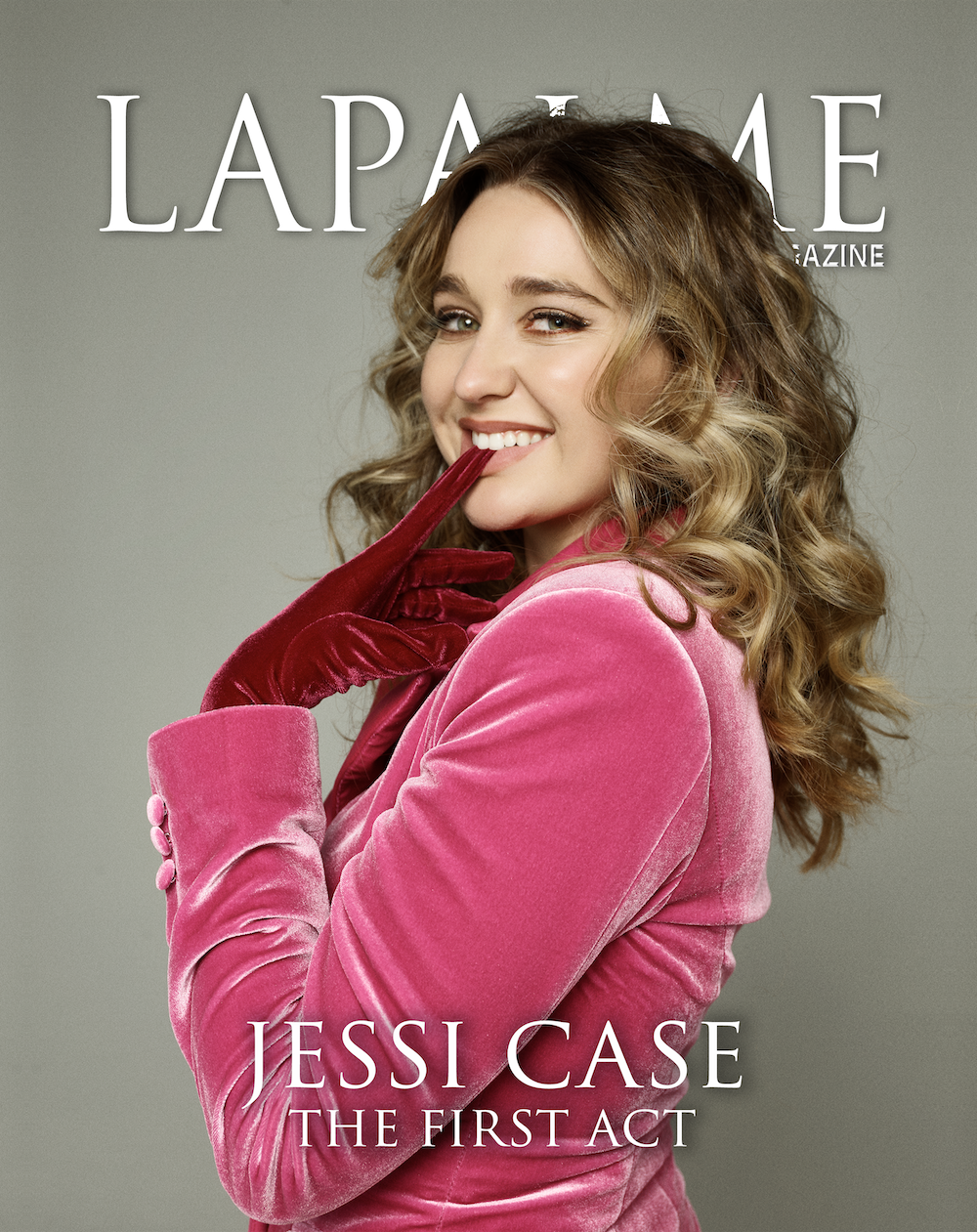 If ball of positive energy were an actual word and listed in the dictionary, right next to it would be the face of Jessi Case. My interview with the 21-year-old precocious actress was one of the lighter, fun-filled, and easy interviews I’ve had the pleasure of conducting. Despite our decade age difference, our conversation flowed as if I were talking to a life-long friend. That is what’s special about Jessi. She’s able to connect with people which translates to her ability to evoke emotion to tap into the psyche of the characters she plays. Pitched to me as “not your typical Hollywood starlet” Jessi is completely herself, comfortable in her own skin, and fearless in her pursuit and commitment to not only her career but to the greater good and “belief that we can change the world with our own actions, and that we should do everything as if the world is following our lead.”

As a kid, Jessi’s calling for acting came pretty early. Often following her big brother to auditions and serving as his unofficial scene partner when rehearing his lines proved to be just the push she needed to branch into this world on her own. For her, acting is a cathartic process and her own form of self-expression “It takes a lot of empathy to be an actor. In the same way that you’re watching a movie and you and feel for a character, it’s the same way when you’re playing a character. The beauty of acting is that you get to use your imagination and I think it’s really important as an actor to have a strong vivid imagination so that you can put yourself in circumstances you’ve never been in.” In perhaps the greatest form of unconditional love and support, Jessi’s parents moved her as well as her siblings to Los Angeles, California to pursue their dreams in entertainment. Eventually, Jessi would receive the call that every aspiring actor dreams of –the opportunity to appear in a major motion picture. Her opportunity came with the 2016 film, Mother’s Day directed by the late Gary Marshall, starring Hollywood icons Jennifer Aniston, Jason Sudeikis, and Oscar-winner Julia Roberts.

Thinking back to the moment she got the call, Jessi, still with a huge smile on her face as if it happened just yesterday shares this “I still have a pinch-me moment because I looked up to every person that was a part of that project for as long as I can remember. It was a pretty long process and I remember just praying every night and hoping I would get it. My manager at the time called and said I had to test out which basically means if you’re a minor, you have to take a test that emancipates you so that you can work longer hours. I thought that meant I didn’t get the role, but my agent Joy Pervis was also on the line, and she kept calling me Rachel (her character’s name in the film) and I was like who’s Rachel, and she told me that I was going to be playing Rachel in Mother’s Day. And then the waterworks came. To this day, when I think of that moment my heart still races just remembering how exciting it all was.”

This role served as a Bootcamp of an opportunity as she got the chance to receive an on-the-job learning experience from her acting mentors. Being allowed to experiment with improvisation and creative freedom was an added benefit to Jessi while on set where she became more comfortable in her skillset as an actress as well as in understanding her own ideas for how she saw her character “It was a special experience and made me more confident in who I am as an artist.” As we talked more about her creative process, she shares exactly how she chooses a role as well as the techniques she uses to get into character. For her, she likes to look for the subtle hints not always written in the script that give insight into who the character is and then fill in the blanks. Reading the scripts from an unbiased perspective, seeing the world through how she envisions her character’s mind to work is her to-go style of getting into character. It ties back to her earlier statement of actors needing a vivid imagination to understand the circumstances of someone else.

Quite the busy woman, we discuss her burgeoning career. She currently has three films in post-production. In Good Girl Jane which is loosely based on the life story of filmmaker, Sarah Elizabeth Mintz. Jessi plays an addict who she describes as “very complex.” On a Wing and a Prayer is scheduled to be released this year and tells the true story of Doug White, who was forced to take over the plane carrying him and his family after the pilot unexpectedly dies mid-flight. The film will star Dennis Quaid as White and Heather Graham. Case will play Maggie White, one of the daughters to Quaid’s character. And American Refugee is a dark comedy that showcases Jessi in a role very different from any character she’s ever played. In the film, she plays Amber, a subservient woman who is pregnant and in an unhealthy relationship. As she discusses each role, her eyes light up with excitement as she shares her gratitude of being able to portray characters who are complex and interesting as drama is her favorite genre of film.

Not limiting herself, her passion not only lies in front of the camera but behind it as she is enhancing her talents to include screenwriter and producer to her resume. She has just recently finished writing her very first short film that will move into production this year. The film is a story about addiction with political elements as well as it features the topic of reproductive rights. The main character, Delilah is the product of a rough upbringing and faces some tough decisions. When discussing why she chose short film as her first endeavor of screenwriting she explains “I love short films because they can tell a complex story in a short period of time which I think can help get your foot in the door for creating other longer projects in the long run. I’m excited and I love writing so I’m curious to see where it all goes.” Jessi will write, produce, and direct the film.

Inspired by such filmmakers as Ava DuVernay, Olivia Wilde, and Greta Gerwig, Jessi is thrilled to see women finally getting their well-deserved spotlight in this branch of the art space. As we see more women becoming directors, writers, and producers in film, female characters are being written with more depth and accurate depictions that allow them to be showcased realistically and unapologetically.

In closing out our conversation, Jessi imparts a bit of wisdom that unbeknownst to her, resonated with me which is “be selective of where you spend your energy. If you’re putting your energy into projects that are meaningful to you and that align with your values, you’ll receive good karma, you’ll feel better about creating, and you’ll have awesome people around you that align with you, creating with you. The same goes for life as well. I think when you’re focus is the end goal and what you want people to feel from having watched your project, that’s when you get the purest results.”

Jessi Case is a fascinating individual. In her 21 years, she’s managed to not only successfully pursue her career goals but her continual evolution of obtaining her aspirations behind the camera is no small feat. She has managed to stay humble and down to earth as she is passionate about giving back and protecting the environment. There’s no stopping this powerhouse in the making as she’s only at the beginning of her career. As noted by the title of this article, it’s only the first act.