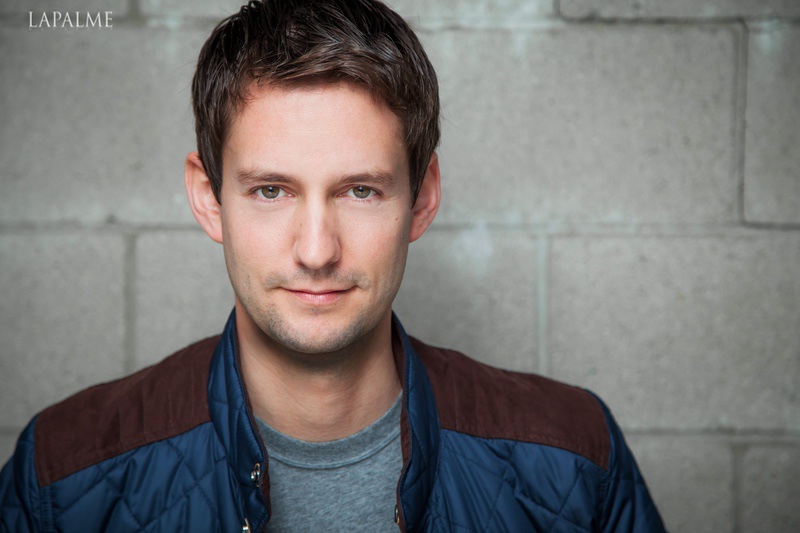 Multi-hyphenate Simon Morton is living out his wildest dreams. He is an award-winning actor, filmmaker, and writer whose films and screenplays have been accepted into such festivals as the LA Shorts, Beverly Hills Film Festival, Bermuda International Film Festival, and the Sunscreen Film Festival. During my interview with the charismatic filmmaker, we discussed his humble beginnings and the moment he developed his love and passion for acting. Born in Switzerland to immigrant parents, Simon recalls his time there. “My mom is from Austria and my dad was from England. They decided to settle in the center of Europe which for them was Switzerland.” An avid watcher of American television, Simon longed for adventure and for life beyond his tiny village in the Swiss countryside. “I watched shows like Star Trek and always dreamed about one day making it to the land of opportunity. When I was 7, I decided that one day I would move to the States and work in the entertainment industry.”

The moment of opportunity soon presented itself when he was just eleven years old. Not a fan of his gymnastics class, and more interested in standup and comedy, he was allowed a tradeoff for half the school year to focus on his writing which led to the development of his first stage play in which he also acted alongside forty of his classmates. The play’s premise was about politics. “At the time, Switzerland was building the longest railway tunnel in the world. The play was about the dirty politics behind it.” The play was received well by the audience, largely because of the cast’s parents, and Simon states this was the moment he knew he wanted to act professionally.

After earning his bachelor’s degree from the University of St. Gallen, Simon made the move from Switzerland to Los Angeles in 2015 where he began to study the Meisner technique style of acting. The Meisner technique, named after the late actor and teacher Sanford Meisner, involves the three components of emotional preparation, repetition, and improvisation. I asked Simon why he chose this particular style for his training instead of the more recognizable method style and he says “one of my friends, Anthony Montgomery from Star Trek Enterprise, whom I also worked with on the film Chariot, highly recommended this technique. I started training under that technique and realized it was right for me. The technique focuses on what Sandy called ‘living truthfully under imaginary circumstances.’ So, instead of recalling traumatic moments of your life the way Lee Strasberg suggested, you use your imagination, which I love.” Even though this is his preferred style of acting, he doesn’t use it for every role. He says it depends on the scene in the film. Smaller or guest starring roles don’t usually call for it, however, “if some scenes demand a more highly charged emotional reaction, then the Meisner technique is really helpful for me due to its emotional preparation component.”

In his latest film, a dark comedy titled I.C.E., Simon helps to tell the story of a Mexican family in a not-so-distant future who is visited by two members of I.C.E., which now stands for Immigration and Customs Encouragement. The short film shares the perspective of an idea of what America looks like after a mass exodus of all immigrants and what measures are taken to ensure not just their return to the United States but also their ability to be successful. As we talked more about how he developed the concept for the film, he pulls from his experience as an immigrant. Recalling a time he was met with anti-immigrant sentiment, he shares this story. “There was a specific moment where I just got to LA, which I thought was one of the more progressive places. One of the patrons at a local deli must have overheard me speaking in a foreign language. He asked me where I was from and he was aggressively challenging me, wanting to know what I was doing in America and why I had to come here. When he said ‘at least you’re not from the southern border’ I was really caught by surprise by his disdain for immigration in general and for the Latino community specifically. That’s when I made the decision to create I.C.E. because with comedy, specifically, dark comedy, you might change a few minds here and there.” The film was directed by Enrique Diaz who is Mexican American (whose short film “DeKalb Elementary” was nominated for an Oscar in the category of “Best Live Action Short”).

Among his many accolades, Simon won the Indie Spirit award for Best Screenplay Short Film at the Idyllwild International Festival of Cinema. “As a writer (and also as an actor) you get so many rejections. So, when you get an award, it gives you the fuel to keep going because it shows that people actually like your work. Although this is a business of rejection, when you get these types of supportive gestures, it helps.” Not one to take full credit for himself, he humbly acknowledges the film’s cinematographer Roger Viloria and its composer Jasmine Saldana Diaz for their nominations for Best Cinematography and Best Score respectively. “My job as an actor and writer is about hard work and collaborating with people, which is what I like the most. Working with a team and creating together.”

Due to the COVID-19 pandemic, most of the film’s screenings have been virtual with just a few select ones shown in person. Simon says he enjoys the in-person screenings because he can sit in the back of the theater and watch the audience’s reaction to his work, which he uses to gauge what is liked and what isn’t.

We began this article noting multi-hyphenate titles that Simon wears as a member of the entertainment industry, though there is one more to add, which is…pilot. When not indulging himself in the art of filmmaking, Simon works as a freelance charter pilot on private jets in and out of California.