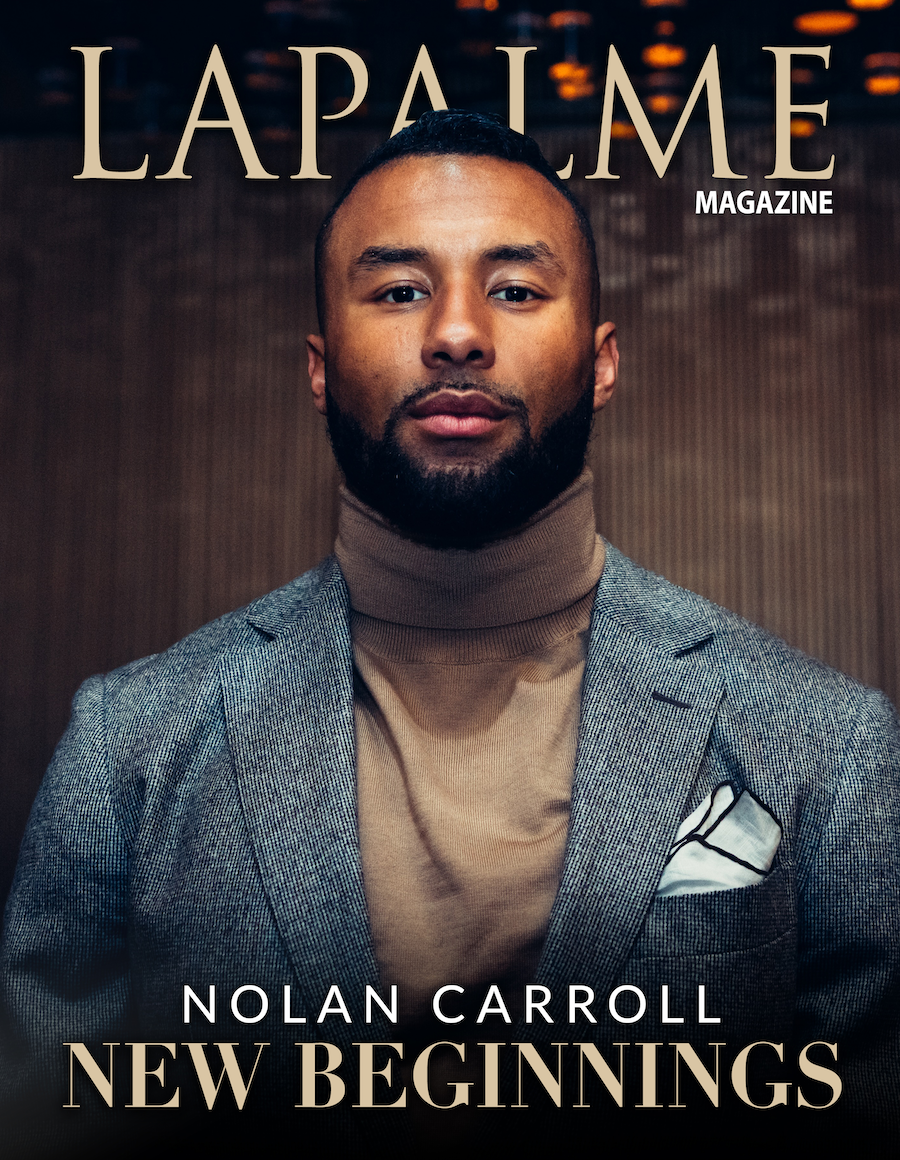 Growing up in Green Cove Springs, FL, Nolan Carroll was born to be an athlete. His military parents kept him out of football as long as they could, and instead encouraged Nolan to try soccer at five years old. By the time he was 11, Nolan had the attention of many U14 teams and international club teams. His mother prioritized education and preferred for Nolan to stay state-side so she can ensure proper focus. Once in high school, Nolan was recognized as a potential football player by his Coach, Ron Riddle, while playing flag football. Nolan was playing around, making crazy catches and scoring touchdowns when Riddle asked, “Why don’t you come out and play football? You can get a scholarship and never have to pay for your education.” His mother needed some convincing, but upon entering the first game Nolan played, she saw as he scored a touchdown and realized Coach Riddle might be onto something.

Fast forward a few years later, and Nolan found himself standing out at the University of Maryland and quickly drafted by the Miami Dolphins as part of the 2010 NFL Draft. Nolan played with the Dolphins through 2013 before moving along to runs with the Philadelphia Eagles and Dallas Cowboys. He may have officially retired from the NFL last year, but Nolan has no plans on slowing down. Instead, Nolan has been keeping busy as an entrepreneur.

“The two biggest things are you need to have patience and work hard,” he says. “In football and business, what separates you from everybody is your work ethic and your mental aptitude, and that includes how well you know the game plan and your opponent.”

Just a month after retirement, Nolan found himself asking the monumental question, “What’s next?” Through some research on a crowdfunding page, Nolan came across a Rum company called YoloRum. He decided to invest and become part of the team. While that partnership formed, Nolan opened a 3D printing shop called Doob3D. While working on Doob3D, Nolan realized a lot of companies designed to assist with SEO and marketing didn’t have the right resources for what his company needed. That’s when Nolan had the idea to create an app that genuinely focuses on the business and consumers saving money. CoinGoat was formed! The app concept allows users to earn money while you shop, saving money in the process while creating high traffic volume for businesses at a low cost.

“I have made the transition from football to business, but it’s really been from wanting to search and learn about things out in this world that you may think you have the possibility to improve or change.”

A piece of advice Carroll has for retired athletes trying to find their way in their next stage of life: Do your research and don’t jump on the first thing that sounds appealing.

“A lot of guys, when you hear about them having lousy business deals or having bad investments, it’s because it’s been that initial, ‘Oh, I want to do it because it sounds good’ without doing their homework, and they just dive into it,” Carroll said. “That’s why you see guys that they get into certain franchises, and it fails because they don’t understand the process of how to do it. They just think it’s easy, something that’s, ‘Oh, I own a business now, somebody else will run it for me.’ That’s not necessarily how it is.”

Nolan also has his foundation, which seeks to promote math, science, job-skill training, and physical activities for underprivileged youths.

For Nolan, lessons he learned playing football have transcended beyond the gridiron and into his current endeavors.

“In a sense, we’re our own business,” he said. “I don’t think a lot of football players understand that. I think they’re starting to now, but we make investments every single day. We invest in ourselves to become successful.”