Home » BRYANA SALAZ – BEING HER BEST SELF 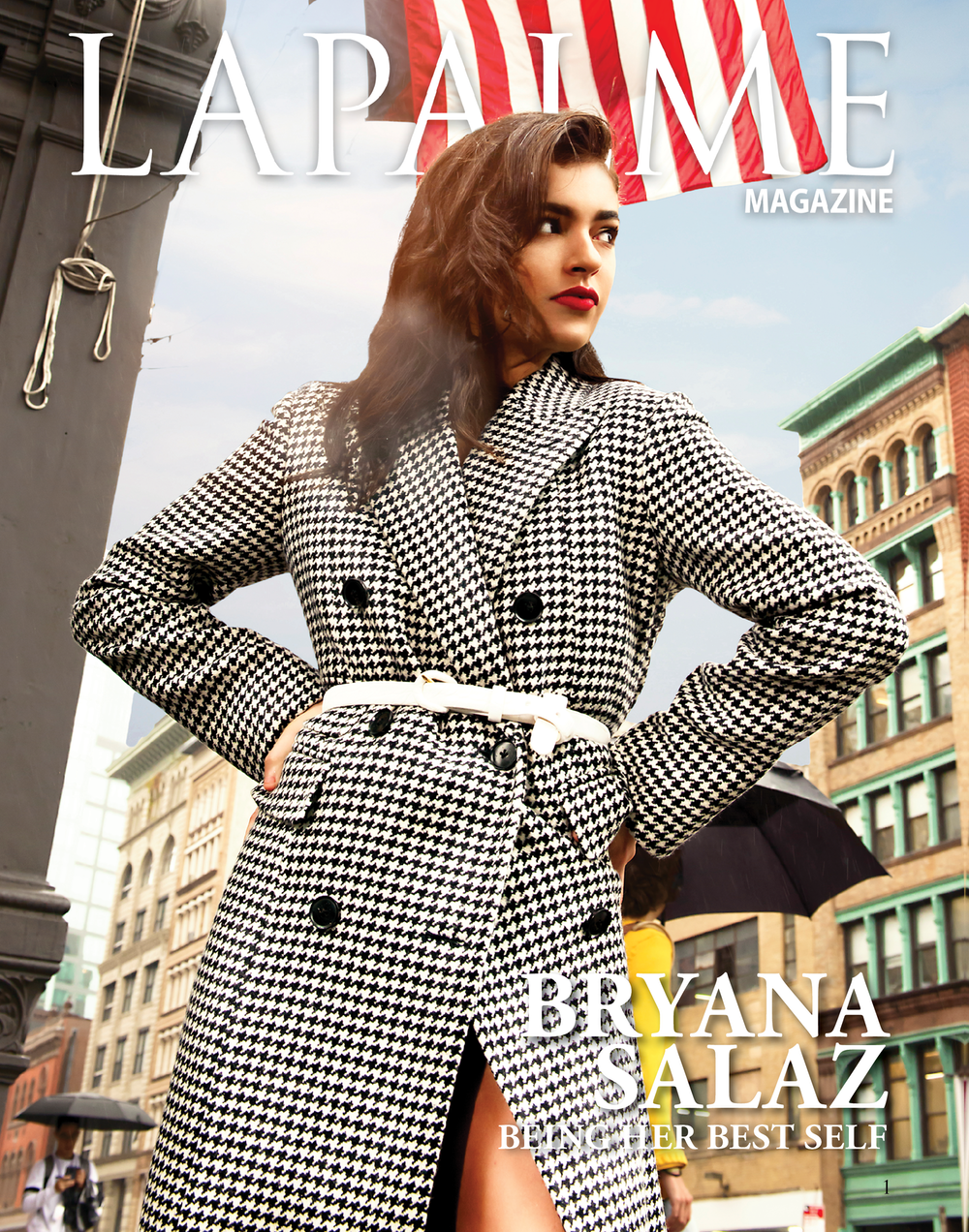 The breakout star of 2019, Bryana Salaz. Not only is she well known from her time on The Voice, but also from Disney Channel’s Best Friends Whenever and she credits her coach, Gwen Stefani, for boosting her confidence after the elimination on The Voice. “Without her, I wouldn’t have had the guts to move to LA, and then Disney Channel would’ve never happened for me. I’ll always have a special place for her.” Most recently, you can watch Bryana in the Netflix series Team Kaylie. Bryana stars as the title character, a shallow, selfie-obsessed teen celebrity who is court-ordered to serve community service after a misdemeanor. Bryana sat down with Lapalme Magazine to discuss her journey to acting and Kaylie’s favorite song.

Let’s talk about how you grew up.

I grew up pretty different than most people; my dad was in the Army. We moved around every two years of my life, and I had no consistency with hobbies. I would start dance classes, and I wouldn’t continue going to them if I moved. One thing remained consistent, and that was my singing and my voice lessons. When I was in Hawaii, I entered a local military singing competition. I began performing locally and became interested in the theater. The next thing I knew, I was moving to Atlanta, where living my dream was more attainable. I started working as a talent pretty consistently to the point where my family decided to home school me so I could continue my education. I decided that when I graduate, I’m going to move to LA and give it a go for about a year, and if nothing happened, I would return to college. Luckily, I haven’t had to return home yet!

How was your experience with the pressure of performing well at such a young age?

When you’re young, you don’t feel that pressure yet. You’re doing it for the love and enjoyment of it. The first time I felt the pressure, I was on The Voice, and what helped me was that I have a very grounded family and a stable support system. When things get hard, I can always turn to my family.

What did you learn about yourself on The Voice that you didn’t realize prior to the show?

I didn’t even think that I would be able to handle the pressure of being in front of millions of people. There were so many people watching me. The best thing I learned/realized about myself was being proud that I wasn’t discouraged after the show. It’s easy to focus on the whole show and winning. It is so easy to get inside your head, but I was more motivated to get out there after the show. It was a step towards something I wanted to do.

Do you find it awkward to have ‘fans’ now?

It blows my mind actually when someone recognizes me. I get just as excited as they are, like “wait, you know who I am?!” I always stop celebrities for a picture, so it’s the coolest, best thing ever when it happens to me.

Did you always know you wanted to act? Or was there a plan B?

Oh no, I had a completely different plan for myself. You probably won’t believe what I’m about to tell you. I planned to graduate, go to West Pointe, and follow in my dad’s footsteps by enlisting. I was in ROTC my entire life. That literally could not be more opposite.

What was the audition process like for Team Kaylie?

I was working on another Netflix project filming on the beach all day, which was very exhausting. I also got dumped, so I was fully ready to pass on the audition. My agent was like, “just go in and read the script and feel it out.” Ended up going, I was the first person to audition for the entire series, and I walked out of there feeling like a million bucks. I didn’t hear for a month, but then I got the call while I was in Walmart holding a giant box of water bottles.

Do you relate to your character Kaylie at all?

I do, and it’s interesting because we come from different lifestyles and backgrounds. I thought I wouldn’t relate to the girl at all, but it’s refreshing to see her transform during the series and see she’s a lot like everybody else. Kaylie is just another girl who wants to live her life and find herself. The cool thing about her show is that everybody can relate to something in each one of her episodes. It was essential for me to incorporate aspects of myself into her character.

Did you need to do anything to prepare for her role, or did it come naturally to you?

The thing for me is acting is not ‘acting’; instead, it is authentic. I found that Kaylie just felt right to me. I was forcing myself to be someone I wasn’t, and that’s very important to me when playing a role. I didn’t want to study the Kardashians or for her to become something she’s not. I wanted to make sure that she came across as her own person. I wanted her to be as real and relatable as possible.

What do you think her favorite song would be?

How do you think social media has impacted society?

I think it is the most powerful thing out there. Nobody pays attention to radios or television ads. Everyone is just going into the social media pool. I think it’s important to normalize mental health because depression and anxiety have spiked since social media. I need to come across as authentic as possible because I laugh and cry just like everyone else. I don’t even like to call them ‘fans’ because it creates a divide. I do what I do to inspire and help others.