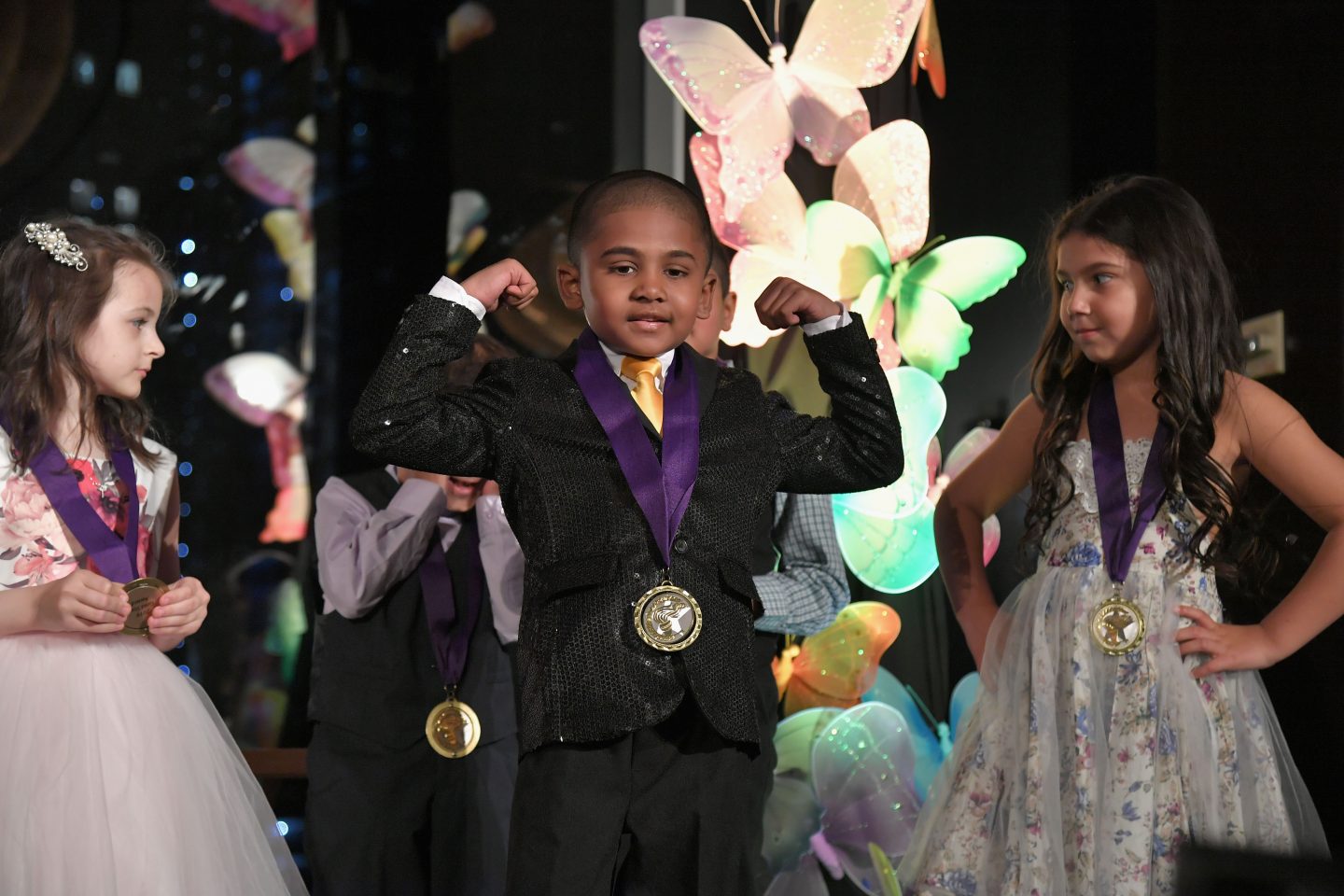 The evening featured performances by Madison Elizabeth Legares who has appeared on Broadway in School of Rock and as Little Gloria Estefan in On Your Feet.  Gus Ross & Luke Eisner of Los Angeles based pop/rock band Voilá performed their singles “Don’t” and “Stand Tall”.

Daniella Gad and Audrey Shelter, survivors of childhood cancer preceded over the highlight of the evening with Noah Schnapp from Netflix’s “Stranger Things” presented Gold Star Awards to some very special recipients; children facing unimaginable challenges from cancer with courage and inspiring strength. The deserving heroes received a medal and a standing ovation from the audience.

The 2019 Spring Celebration marked the 12th year of the organization, which has to date funded 34 scientific projects specifically targeted at developing new treatment options for kids.

About Solving Kids’ Cancer (SKC) : Founded in 2007 by two fathers who lost their children to cancer, Solving Kids’ Cancer is a nonprofit organization dedicated to significantly improving survivorship of the deadliest childhood cancers by finding, funding, and advocating for breakthrough treatment options. Solving Kids’ Cancer’s impact is now worldwide with clinical trials launched across the US and throughout Europe.  SKC – independent of any single researcher, institution or consortium – objectively invests in the most impactful research projects.