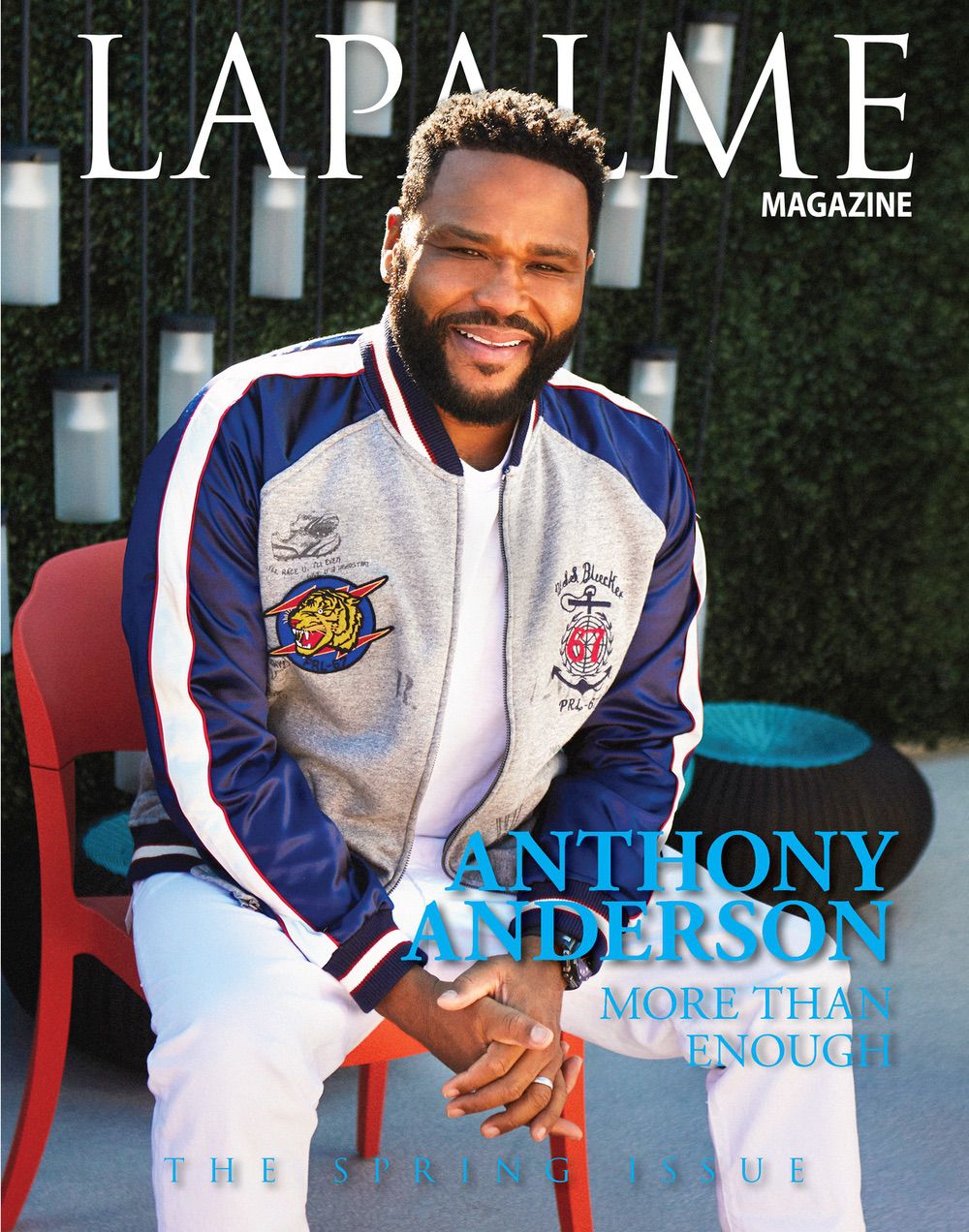 Anthony Anderson might be best known as a comic actor, game show host, and generally hilarious in movie comedies – and especially on the award-winning black-ish – but the 48-year-old star is more serious than you’d expect. Especially about inspiring people and painting positive portraits of educated and loving black families, in a world of stereotypes that perpetuate a negative cycle.

“Six years ago, when I sat down with (black-ish showrunner) Kenya Bariss and talked about the landscape of television, we were looking at what was missing. We’re both big Normal Lear fans: All in the Family, Family Matters, The Jeffersons. I had a friend in Compton who was a real-life Cosby kid – his mother was a judge, and his father was a doctor. People said that show wasn’t reality – but I knew it was because I knew those people: educated black people in successful relationships. Those are the type of shows we wanted to do for our generation. On black-ish, we show three generations, so we get three different points of view.”

black-ish has thrived for five seasons now, and accomplished what its creators set out to do: reset the image of black people not just on TV, but around the world. “I was in Europe and Africa last summer,” says Anderson. “It was amazing to see the effect the show has globally. I think we’re really inspiring people, which was the goal all along. We’re perpetuating love and strength and harmony.” Anderson and his wife of twenty years Alvina have raised their two kids that way.

Anderson himself grew up in Compton, the oldest of four kids – his mother an aspiring actress at Compton Community College when at age 17, she gave it up to work to raise him and eventually, his siblings. Now he’s able to give back to “Mama Doris,” as she’s known – who finally got her wish to be a star realized when she appeared with Anthony on Celebrity Family Feud in 2015, and now on To Tell the Truth. “My mother’s lived vicariously through me for years,” he laughs. “Now she sees that my career is finally affording her the opportunities that she gave me, it’s come happily full circle.”

It was at age nine when he saw his mother rehearsing a production of A Raisin in the Sun that the acting bug first bit. Anderson attended Howard University as a theater major, attending in the same period as the Wayans Brothers, Puffy and Taraji P. Henson. “I learned then,” he says, “to surround yourself with people who are not just going to support you – but who are also smarter than you, richer than you – so you can learn.”

His big break came twenty-two years ago when he landed a role on the Saturday morning teen sitcom Hang Time on NBC. “All it takes is one yes,” he says. “There are a thousand people for one role, and I always tell young actors that. But you start sleeping at night when you finally figure out: you get the role that was meant for you.”

He’s got a variety of skills because Anderson’s had multiple roles meant for him: in movie dramas like The Departed and Transformers, comedies like Barbershop: The Next Cut. But his biggest roles have come from television, where he’s both hosted ABC’s game show To Tell The Truth

for two years, starred in Law and Order and Black-ish – and will next be seen on a movie-length Netflix drama called Beats this year, which he calls Good Will Hunting meets Hustle and Flow.

“I play a Chicago former music producer who helps a young recluse return to school and discovers his talents. Then I rediscover my own. It’s important to tell positive stories about our urban cities,” he says. “There’s a tragedy in places like Chicago all the time. For those people, what people like me can do on TV is be the light in the darkness and despair. Television can be a great medium for the inspiration I like to come back and share with these people. I knew I had a gift when I was a kid – just a kid from Compton – and I always knew I could give back. It’s about never listening to ‘no,’ never giving in to the idea that you’re not handsome or pretty enough. You have to strive to do the opposite of that and be bigger than the situation you’re in.”

“You are enough,” says the man who’s proved he’s way more than enough.

Stylist: Annie Jagger at The Only Agency

Special thank you to Maggie Jackson at Rose Public Relations