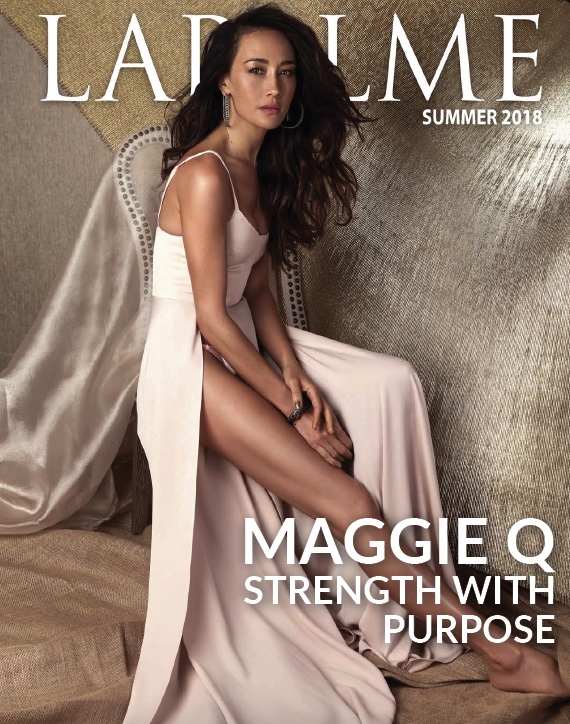 It’s a little disorienting to discover that one of the big and small screen’s baddest badass babes – a slinky sinewy killer ninja in stilettos – is actually a more pussycat than kitten with whip. 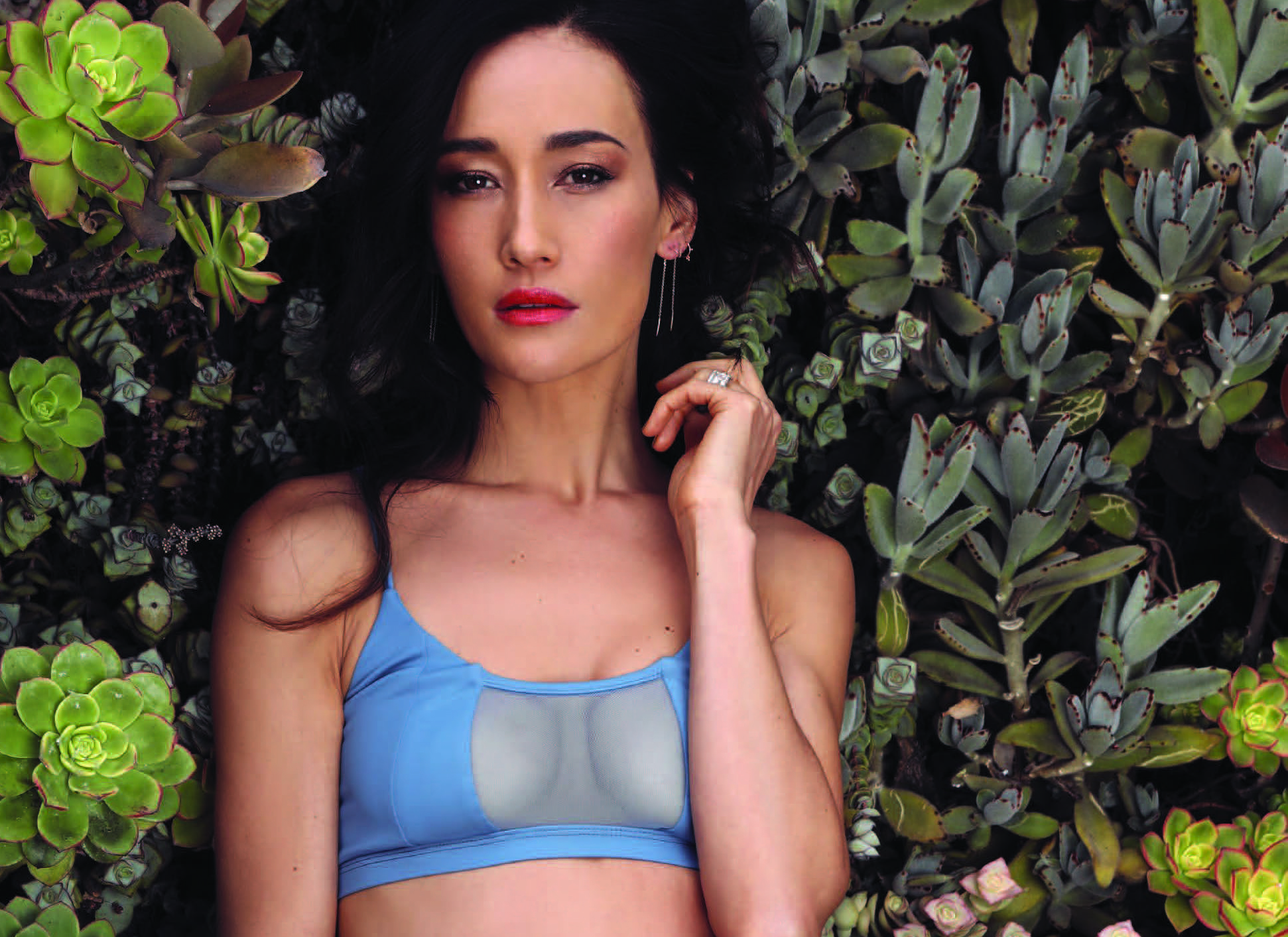 But Maggie Q (born Margaret Denise Quigley) the foxy femme fatale star of Rush Hour, Mission: Impossible III, Deception, Divergent, Allegiant, Insurgent, and on the flat screen, Nikita, Stalker and Designated Survivor sometimes scares the pants off fans. After she played bad boss lady Mai Linh in Live Free or Die Hard, adamant women on the streets of New York screamed at her to stop beating up Bruce Willis. “And men,” she laughs, “guys do not f— with me. They’re too scared to hit on me. I’m serious! I seem to give off the not-interested vibe, the ‘I’ll buy my own drink’ energy.’ People really believe I’m badass – even people in the industry. Well – I guess it’s better to be known for something.” 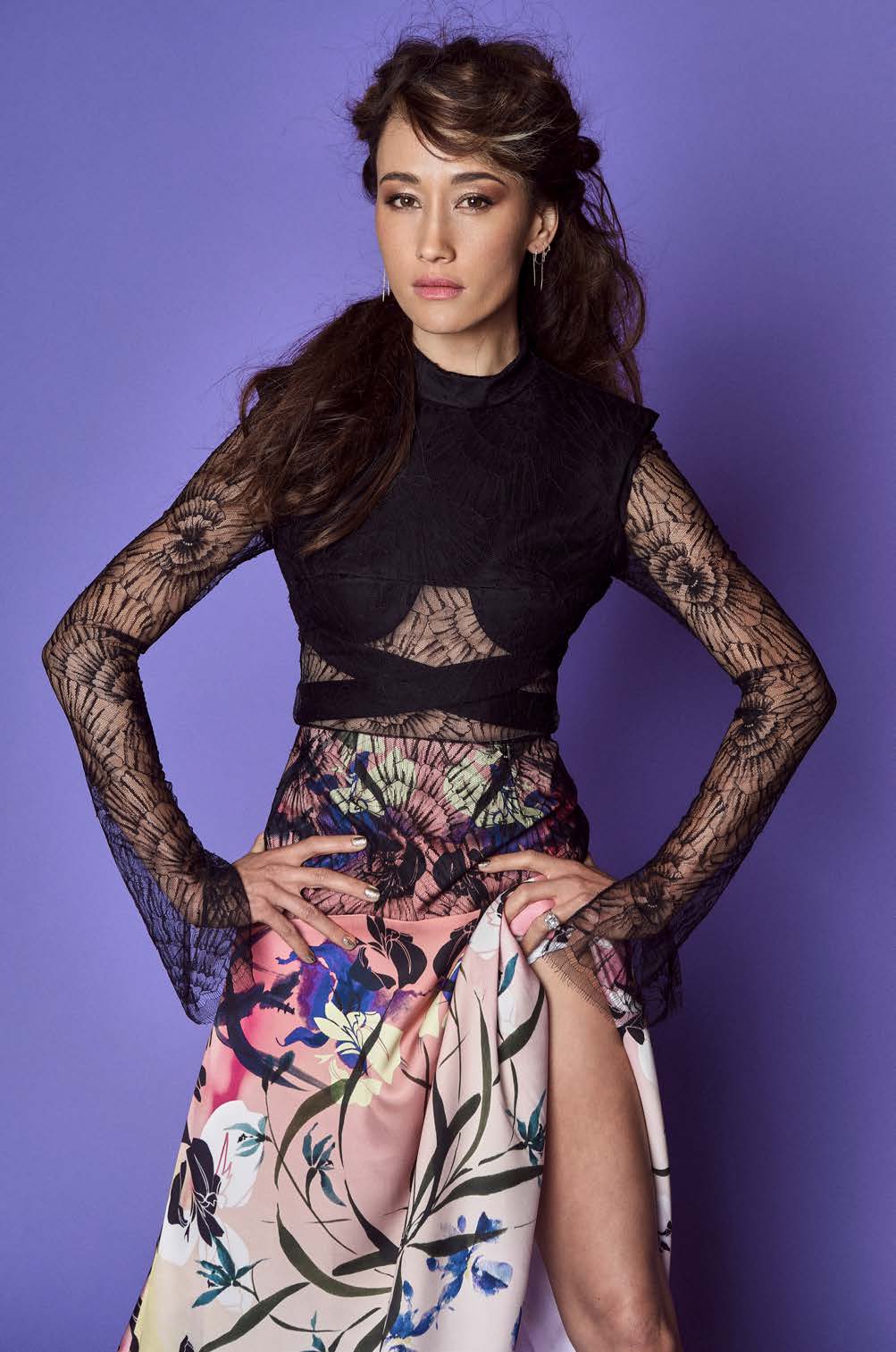 Now she’s also known as one half of a power couple: engaged to Stalker co-star Dylan McDermott with whom she cohabitates. They played a couple of LAPD officers (she, naturally, his boss lady), but their off screen life is more like the Crosby Stills and Nash song “Our House.” Except the two cats in the yard are three adopted beloved stray dogs: Caesar (16 year old shepherd); Nevaeh (‘heaven’ backwards – border collie mix adopted near a set) and Otis Redding, whom she dubs “a terrierist: he will steal your heart.”

The L.A.-only hybrid “actress/activist”moniker is almost surreal these days – but Q is the real deal on a number of fronts. “From a very young age I was fascinated by animal behavior” says the Honolulu native, who did some modelling in Hong Kong after school. “There’s no bullshit to them. I had 8 dogs at one time. Which I don’t really recommend. And I only take the messed-up ones. But I’ve been a serious animal activist since age 19.” McDermott was allergic to dogs before he met her. “But my dogs don’t eat kibble so they don’t have dander. I cook meat for them. I’m definitely the only vegetarian at the meat counter.” 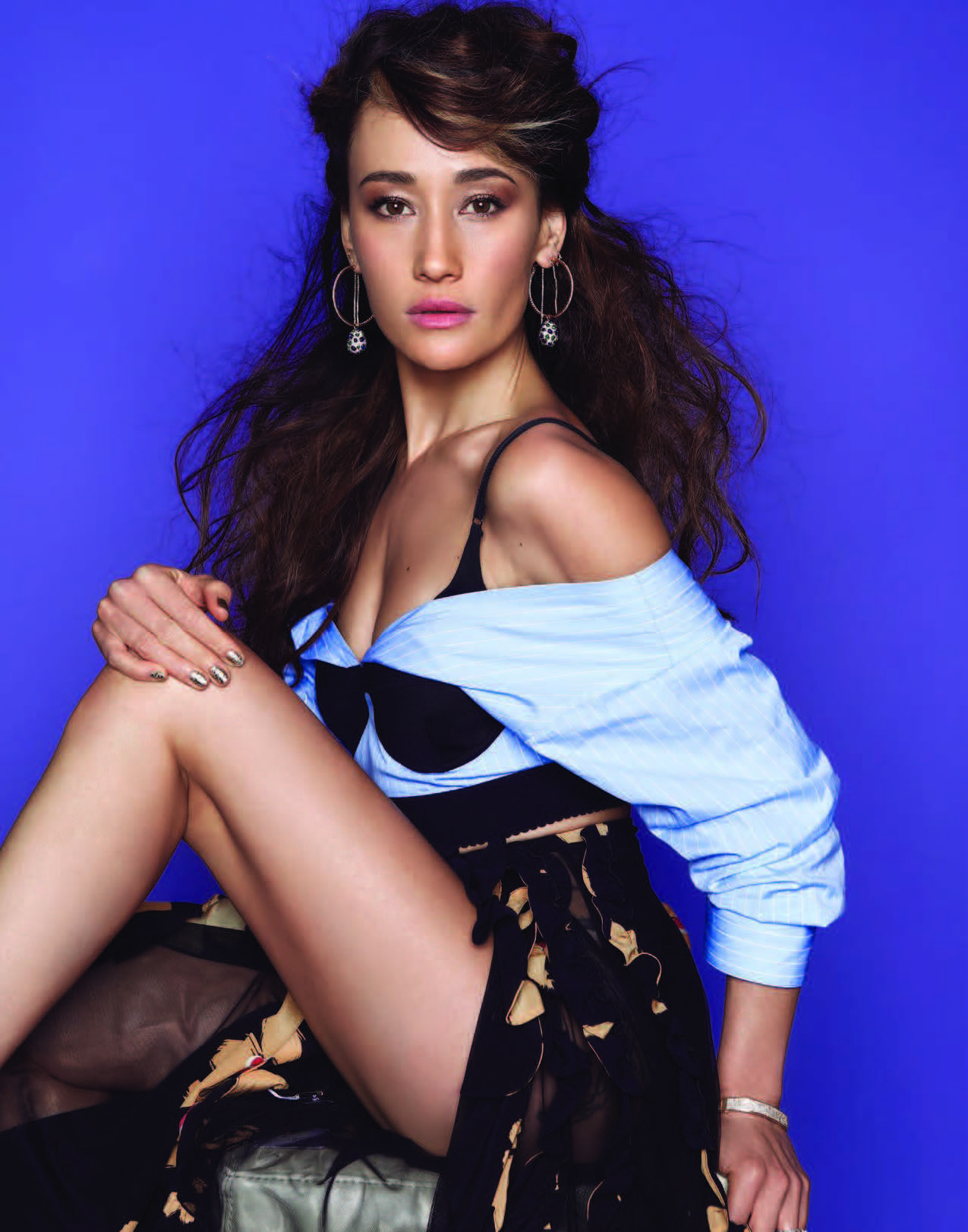 Q always had a bent for athletics (nicknamed “Best Body” senior year), so she jumped full-throttle the action game earlier than most drama queens-turned badass: Scarlett Johansson, Charlize Theron, Jennifer Lawrence. “In the early 90’s when I did Rush Hour 2, people would say, ‘it’s so great you do action movies, Maggie – but when are you going to act?’ Action stars always had a cheese factor – Van Damme, etc – till now. It didn’t change untill serious actresses like Sigourney Weaver started doing action. Training, doing action, it’s really fun: the movies are big, the budgets are big. Now A list stars are lining up to do it. I have a physicality – I train – hard – that’s just part of my everyday life. And regular yoga and stretching keeps you limber. Dylan goes with me now – he’s become a real yoga guy. You can’t find a better guy in this business. We’re so blessed. In Hollywood, relationships are so hard – but in the end, when you find that right person, it’s all worth it. Even the duds are worth it!”

But now probably her best known love scene’s with Uma Thurman in the recent crime comedy The Con is On. “We had a blast,” she laughs. “I look at everything in my job as – just part of my job. That character is a Russian billionaire’s wife, who’s gay. She does whatever she wants and nobody crosses her. So she has an extra marital affair with Uma – who, by the way, is a great kisser. That was part of the fun – it’s purely sexual, not a lot of romance. Less Call Me By Your Name and a lot more kitsch.

Meanwhile, her latest tv project, Designated Survivor with Kiefer Sutherland as the president (don’t we wish), was just killed off by ABC. Rumors are it could wind up revived by Netflix. “I had no clue,” she reports. “It was a real surprise because the ratings were great – we broke DVR records. But the networks are all vying for live ratings -which is so not the thing anymore. I just see these cancellations as part of the business now. No one’s building careers – it’s so much more competitive.” 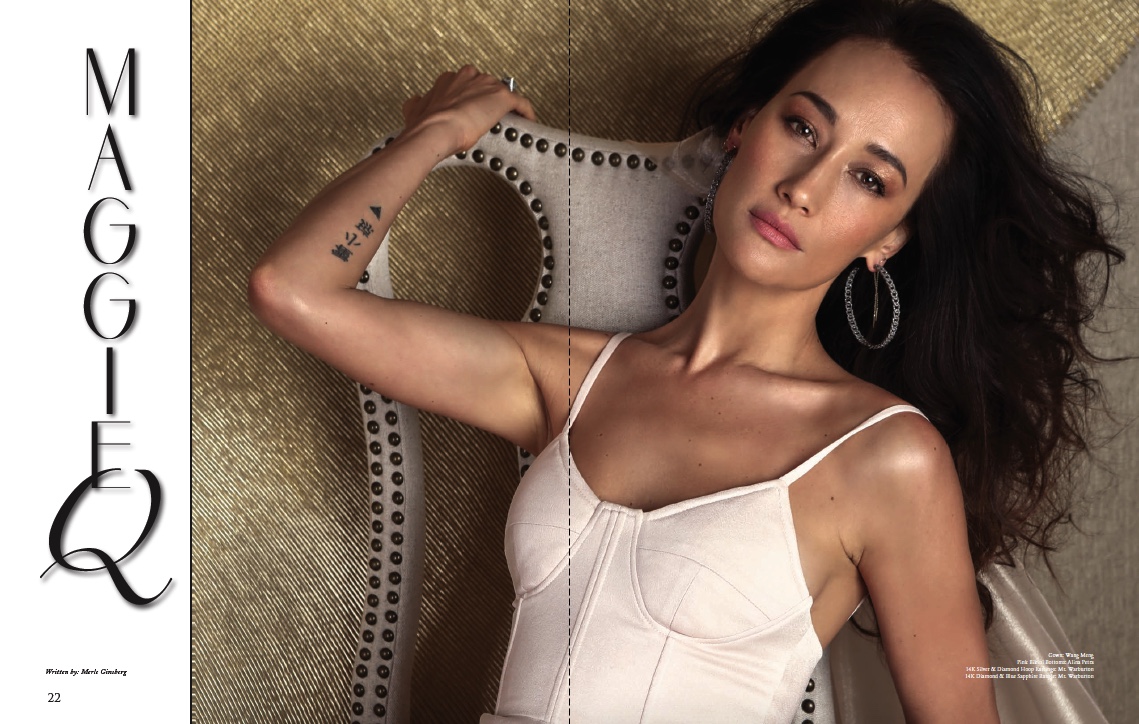 However, her true pet project – beyond saving pets – brings her yet another hyphenate: actress/animal activist/health activist/entrepreneur, with a company called ActivatedYou she created with Dr. Edison de Mello, an integrated physician and psychotherapist who founded Santa Monica’s Akasha Center. “I wasn’t always a badass,” she laughs. “In fact, I had a string of health problems – particularly colon issues, bloating – everyone has it. I’d gone to so many doctors, and on Nikita I was so tired all the time. There’s serious science on why our bodies don’t break down food properly. Dr. de Mello changed my life – and feeling better changes the world. We decided to start a lifestyle brand that’s not about drugs – it’s about supplements. Watch our videos. Our formula probiotic, a green powder, is the only one like it. I won’t endorse something I don’t believe in. It’s all about the colon, trust me.” They can all be purchased online.

So it turns out the badass queen is actually saving the world, not slaying it. Though she kinda does that too.