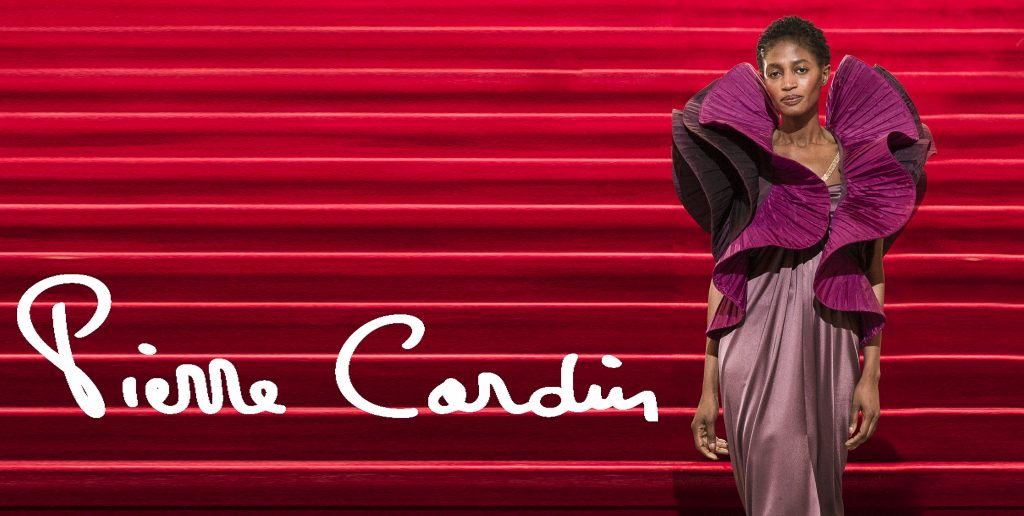 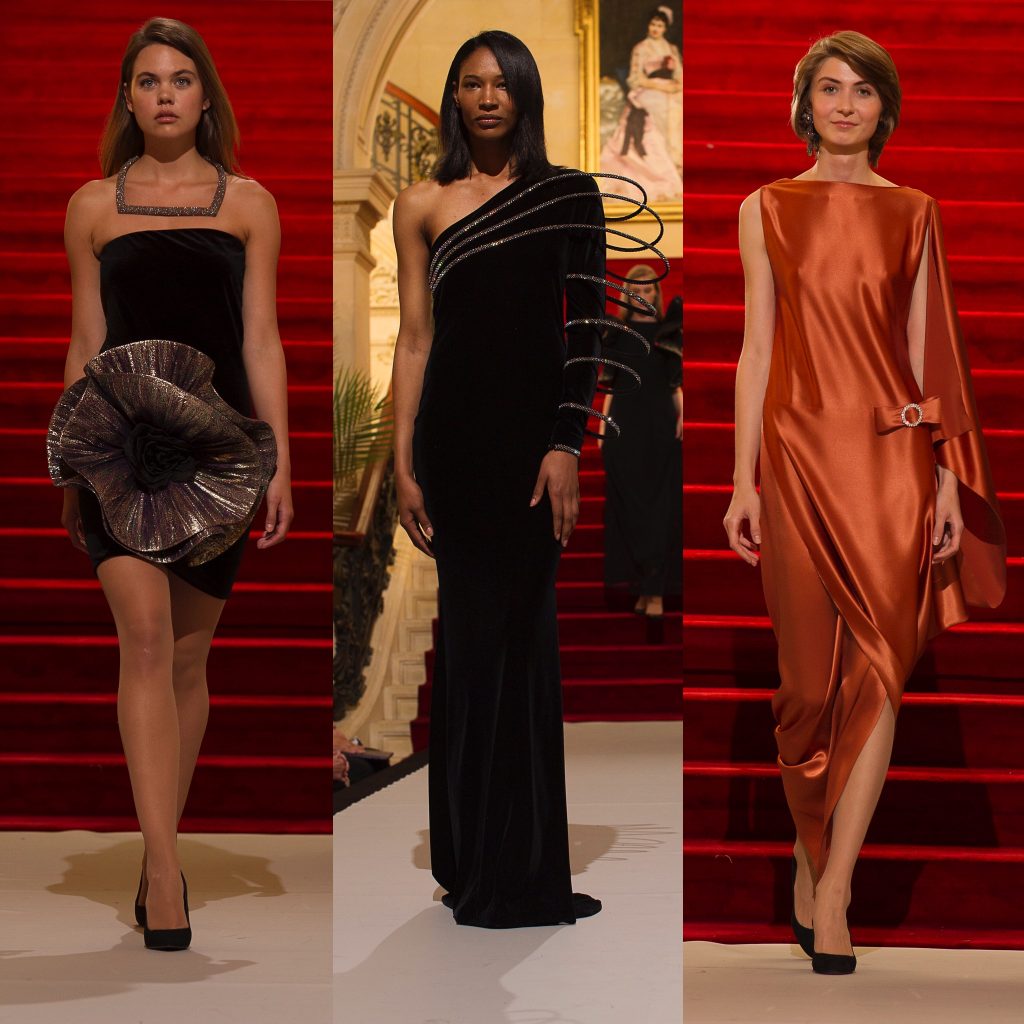 The runway show was a tribute to honor legendary fashion designer Pierre Cardin’s 95th birthday along with celebrating Cardin’s success, creativity, and innovation throughout the past seven decades. Among the approximately 250 attendees were Pierre Cardin’s Head of Couture, Maryse Gaspard, his grandson, Rodrigo Basilicati, and other team members along with celebrity guest, Derek Warburton. Although Pierre Cardin, himself, could not be in attendance, he sent a personal audio message that played before the models from Surface Models took the runway. 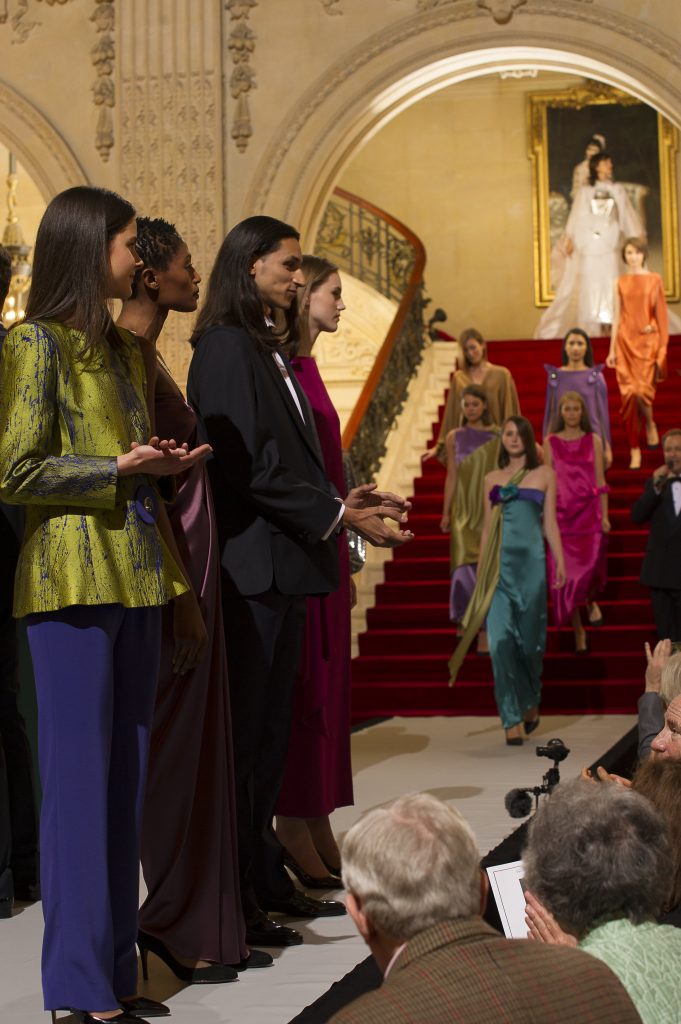 Over 80 iconic looks from Monsieur Cardin’s remarkable career were featured on the runway during the show. The clothes spoke for themselves and put Cardin’s career into retrospect. Following the show, guests were invited to a reception on the loggia of The Breakers for complimentary champagne, cake, and hors d’oeuvres in honor of Pierre Cardin. Overall, the evening was truly a beautiful celebration and reflection of Monsieur Cardin’s prolific career. 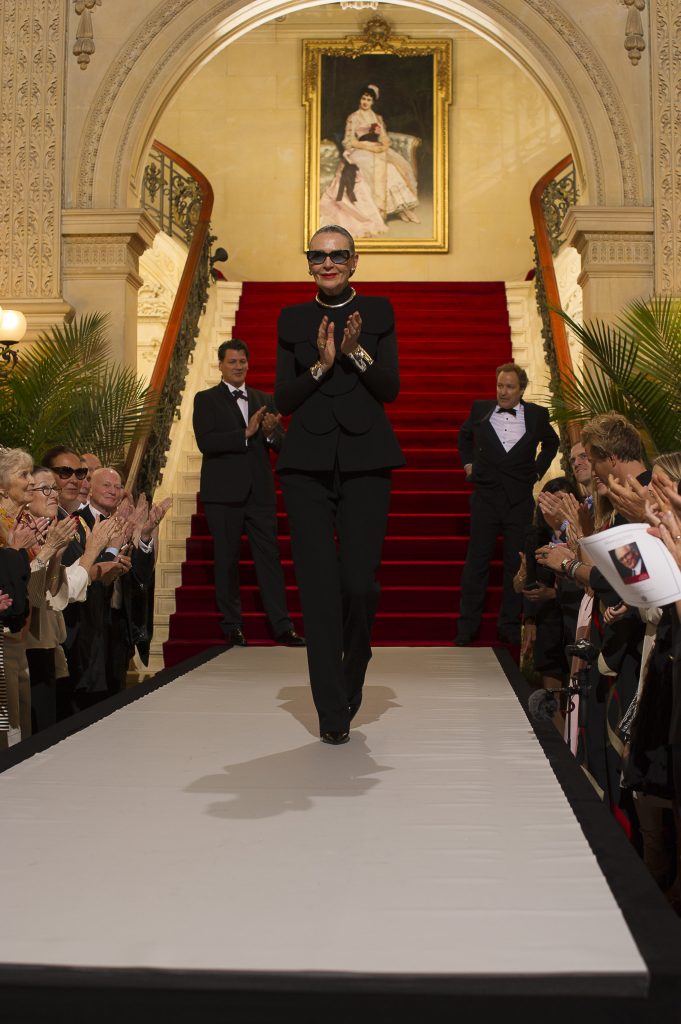