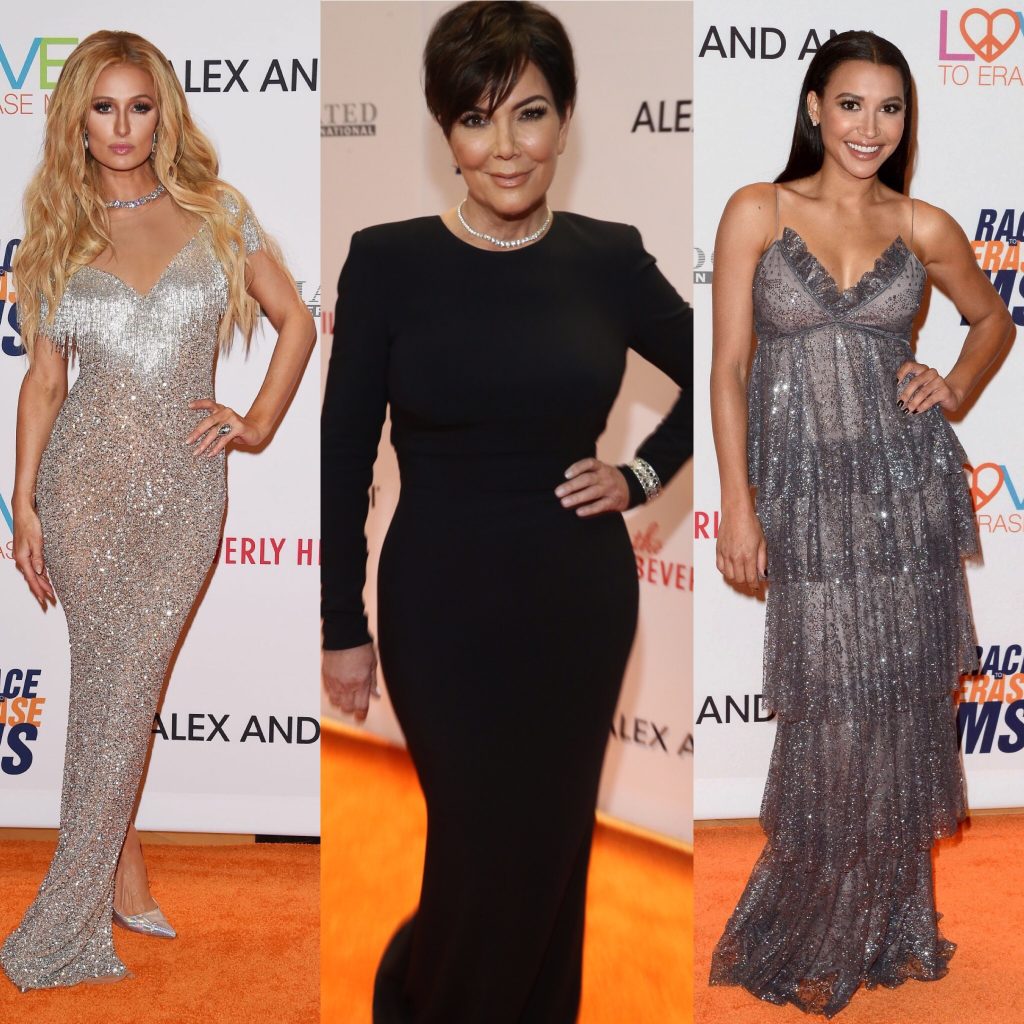 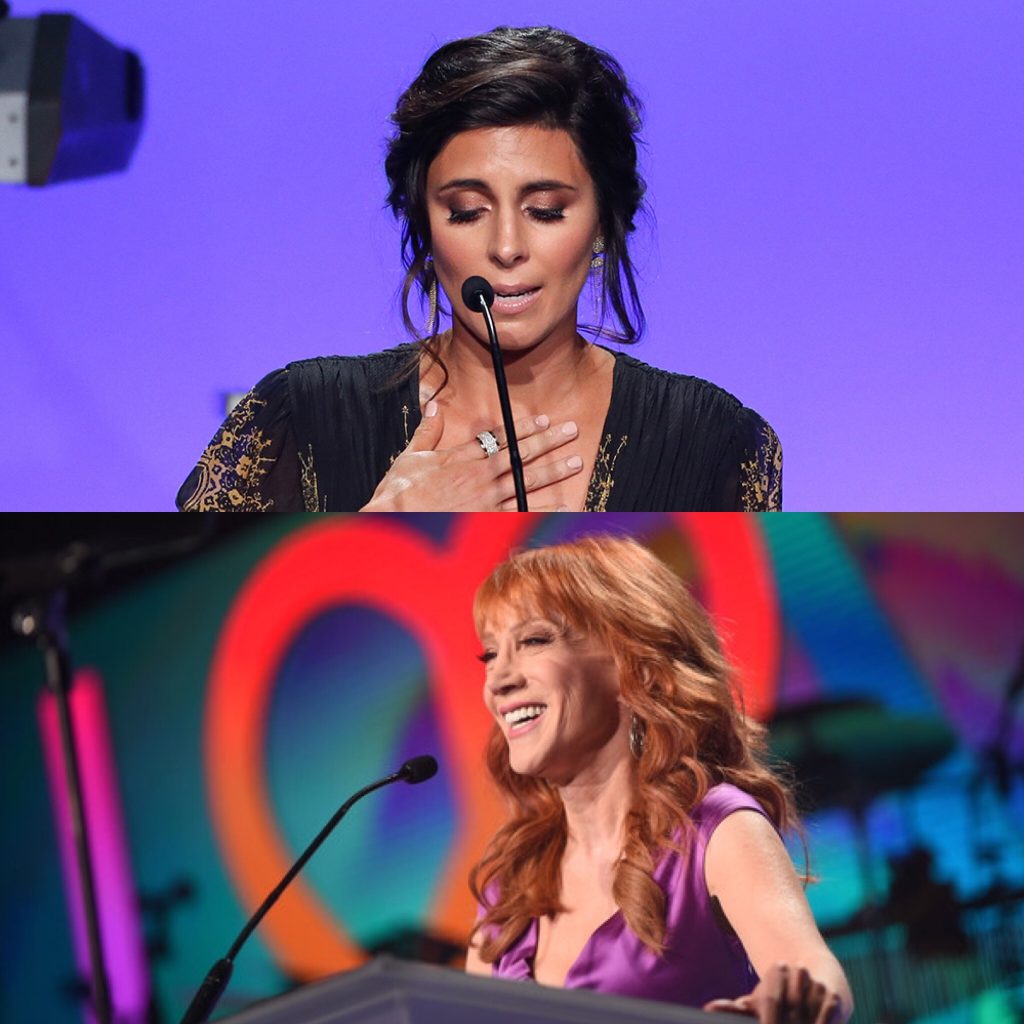 The Race to Erase MS celebrated the gala’s 24th anniversary at The Beverly Hilton Hotel this past Friday on May 5th, 2017. It was a beautiful event with a star-studded guest list which included celebrities such as, Kris Jenner, Lisa Rinna, Naya Rivera, Carmen Electra, Randy Jackson, Camille Grammer, Kathy Griffin, Jessica Szohr, Nick Vail, Vanessa Grimaldi and more came out to support the cause. This year Jamie-Lynn Sigler was honored with the Race to Erase MS “Medal of Hope” Award. She has made a profound statement in the community by bringing multiple sclerosis into the limelight with her public diagnosis and has made it her mission to help find a cure for MS.

The night continued with an amazing performance by the “Man in the Mirror” songwriter/singer Siedah Garrett. She debuted her new single, which she wrote specifically for the event entitled “Carry On.” Proceeds from her new single will benefit the Race to Erase MS and is now available on iTunes.  Her performance was followed by legendary rock and roll band Chicago who gave a 45-minute performance. The music didn’t stop there guest enjoyed, even more, performances by singers Shawn Hook, Trevis Brendmoe, Olivia Keegan and David Osmond with musical direction by David Foster. 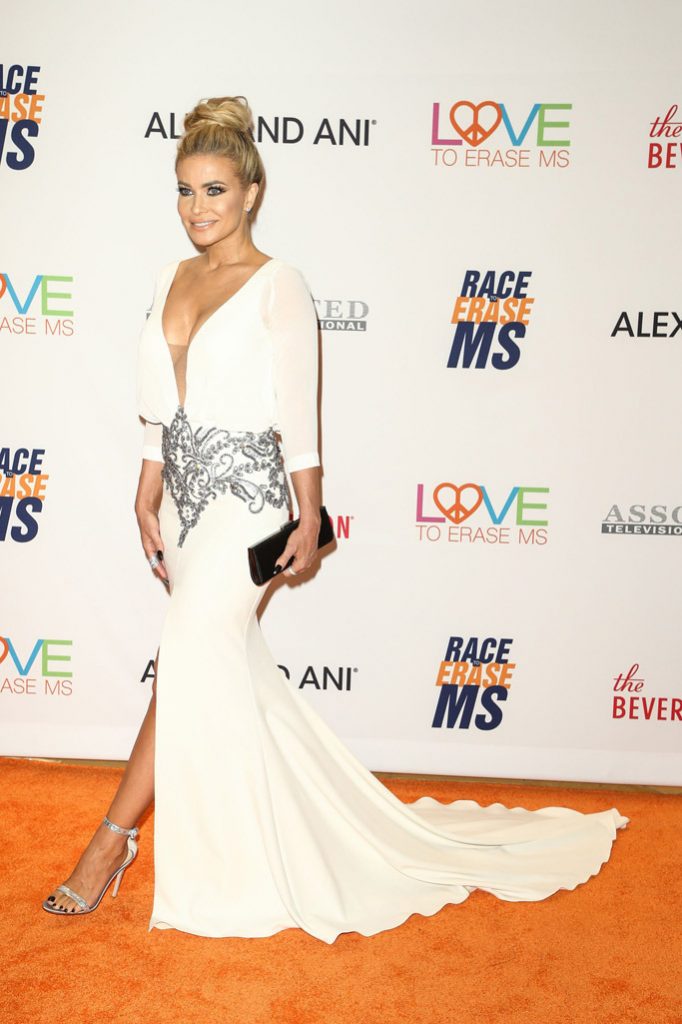 Nancy Davis founded Race to Erase MS in 1993 after being diagnosed with the disease two years earlier. Her organization focuses on raising funds for the most cutting-edge, aggressive and promising research with a strong determination to find a cure for MS. That same year she created the Race to Erase MS Gala event which raised over $1.3 million for the foundation. The Race to Erase MS’ since then has grown into this spectacular celebrity gala benefit held annually along with a growing number of support from many key individuals in the fashion and entertainment worlds.

Nancy has not only started Race to Erase MS, but she started to bring hope and light to those with MS. When she first started there was no known cause, cure or drugs on the market. Today the organization has raised over $46 million for multiple sclerosis research to date. More notably the FDA’s approval of eleven drugs and with much more to come in the future. For the person being diagnosed with MS today, there is so much hope because of Nancy’s determination and efforts to end MS. 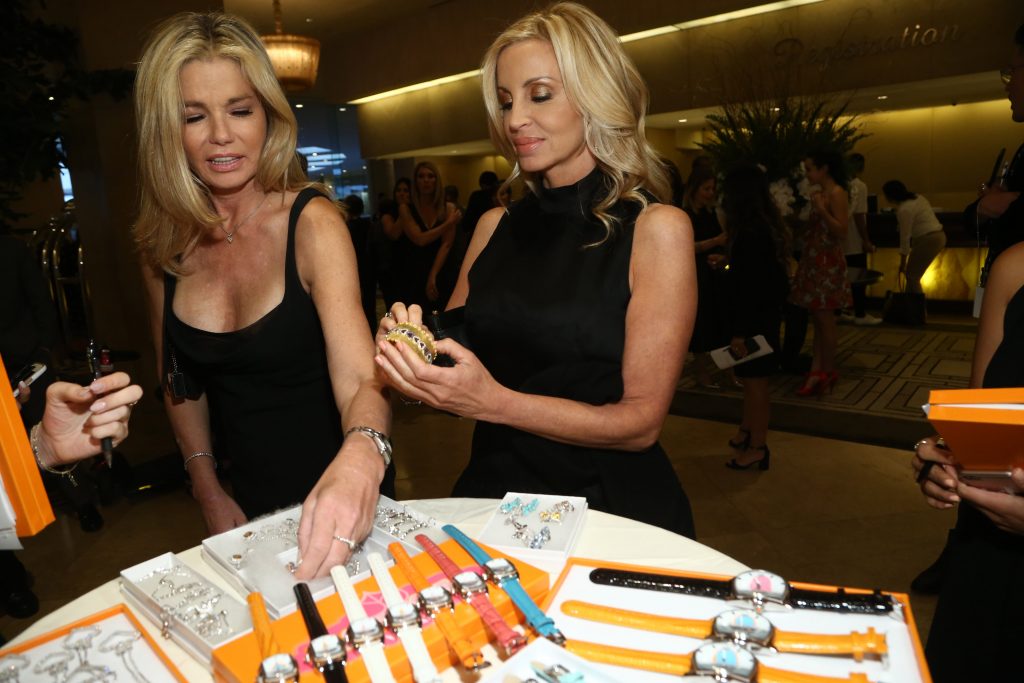 Race to Erase MS has contributed a tremendous amount of help to bring FDA approved medications to the market. There are now 15 drugs available. The most recent medication to be approved by the FDA. Dr. Stephen Hauser stated: “The scientific discoveries that led to the development of Ocrevus were carried out over a period of many years at UCSF in work supported by the Race to Erase MS and their Center Without Walls program founded by Nancy Davis. B-cell therapy has emerged as a major breakthrough for people with MS, and the first therapy of this type for MS, called ocrelizumab, was approved by the FDA on March 28, 2017. In clinical trials, ocrelizumab blocked new disease activity in relapsing MS, and was also the first drug proven to be effective for primary progressive MS.”

Nancy Davis has dedicated her life to inspiring hope in the lives of others. In this, she finds peace and love which is the inspiration behind her jewelry collection and clothing line. The inspiration stems from her lifelong love of hearts, peace signs, and equality. The brand’s core philosophy is that everybody in the world ultimately wants peace and love in their life. As Chief Designer of Peace and Love, Nancy Davis believes that great design and style should not be limited to the most expensive tier of the luxury market. Everybody deserves beautiful and cherished things in their life. Each Peace and Love design reflects happiness and good luck. Wherever you live in the world, we all uniquely long for Peace and Love, and aspire simply to have this universal language all over the world.

You can purchase Peace and Love Jewelry on: