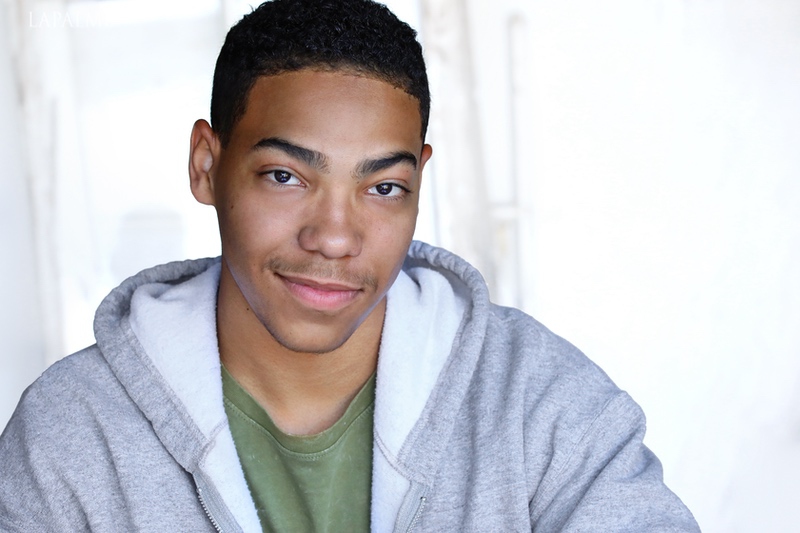 Ramone Hamilton is an actor, voice actor, and singer. The 16-year-old is known for playing the leading voice of George in the DreamWorks Animated series “Captain Underpants,” Coop in Disney Jr.’s “The Chicken Squad,” AJ in Nickelodeon’s “Blaze and The Monster Machines,” and Crash Watkins in Ludacris’s animated Netflix series “Karma’s World.” He can also be heard as the voice of young Joe Gardner (whose older version of the character is played by Jamie Foxx) in Disney’s Academy Award-winning animated feature “Soul,” as Axl in Universal Pictures’ “The Grinch,” and most recently, in “Minions: The Rise of Gru.” Recently, Ramone performed at the Coronet Theater with actress Megan Mullally, whom he met while working on an episode of the hit NBC comedy “Will & Grace.” He can also be seen in “Devious Maids,” “Hot in Cleveland,” and “Modern Family,” and heard in “Rapunzel’s Tangled Adventure,” and Cartoon Network’s “Summer Camp Island.” We caught up with the young actor to discuss his past, future, and his passion for positivity in the world.

We understand that it’s important to you to maintain and help spread a positive message. Can you tell us a little more about that and where the passion for that comes from?

It comes from me growing up and always being surrounded by positive influences. I have a hard-working family. I grew up watching them work hard and take care of business. They are very solid citizens. Growing up that way made me want to do the same and create more positivity as an artist. Especially with Black and Brown people. There are a lot of us out there portrayed in a negative light, but not so much in a positive light. But we’re not just one way. That made me want to focus even more on the positive.

We know you’ve done a lot of amazing films as an actor. What led to music being something important in your life?

My great uncle Chico Hamilton was an NEA Jazz Master. He played with everyone from Lena Horne to Miles Davis, so that had a big influence on me. Along with acting, music was always another passion of mine. I remember being really young and my parents were always playing music. I remember watching the Michael Jackson: 30th Anniversary Celebration. The show was really eye-opening for me. I realized that performing was something I wanted to do. I remember being so enamored by Michael’s performance. Seeing that and so many other artists I look up to — James Brown, Marvin Gaye, Cab Calloway — they all made me want to do the same thing but to put my own spin on it.

What is something you love about George from Captain Underpants?

I love him because I think he’s a visionary. In the show, George wrote all the comic books and Harold was the artist. So, I could see myself a lot in that George and I are both writers. He had a clear vision of what he wanted to do. Even as crazy as the ideas were, there was nothing that was going to hold him back. He’s kind of fearless that way.

Antoine Fuqua. I’m a big fan of his work. Martin Scorsese too. I love “GoodFellas” and movies in that genre. And I would love to work with Spike Lee — his creativity is something I really look up to.

That was really cool. That was my first job in the industry. I was 6. I was fresh in the business. It was crazy because it was the first audition I went on and I booked it straight away. It kind of gave us a false sense of reality. I thought if booking work was this easy that I’d be working all the time. But that turned out to not be the case. It was a great learning experience. The other child actors and myself were singing on a children’s anti-bullying album. I was the youngest. And everyone else could really sing. My singing came from passion and heart. I couldn’t sing, but you couldn’t tell me I couldn’t sing, because I believed that I could. You have to believe you can do it! Even if you’re not the best in the room, you have to still believe it. I had a lot of fun. Ms. Austin was really lovely. It was a good confidence booster but it also opened my eyes to things I could work on.

Do you feel physical Christmas cards are losing their meaning in this digital age?

Most definitely. I feel they’re losing their meaning. Everything now is all about emails and texts — we don’t really call each other these days. No one writes letters anymore, we just email. I feel like it’s a lost art and something we should get back to. Like going back to a simpler time when we were more connected. Going to high school now, I feel like everyone’s on their devices and don’t really talk to each other. And I’m guilty too, but I feel like I’m more cognizant of it. But I feel like it would be good to go back to these more personal connections with each other.

Can you tell us more about your Christmas song “Don’t Forget to Send a Christmas Card”?

It was written by my grandfather, an actor for over fifty years, Bernie Hamilton, most known for his role of Captain Dobey on the ABC’s television show “Starsky & Hutch.” He wrote the song in the 80s. It was produced by Joseph Blocker, and I performed the vocaI. I directed and edited the video, which includes some of Hollywood’s youngest and brightest stars. A lot of my friends, like Issac Ryan Brown from “Raven’s Home,” Jalyn Hall from “All American,” Jet Jurgensmeyer from “The Last Man Standing,” and Cameron J. Wright from “Family Reunion.” It’s really a passion project because it was written by my grandfather. I feel it’s a great song. It has a nostalgic feel for the listener and they can envision a time of being with their family. Almost like “The Christmas Song” from Nat King Cole.”

You worked with some well-known people in recording it, as well as the video that you directed. Who were some of those people?

Nathanial Watts — Stevie Wonder’s bassist — played bass on it. Mark Tyson played guitar on the song. He’s played with reggae legends like Ross Michael and Greggory Issacs. And Joe Blocker played the drums on it.

I’m currently writing a screenplay for my latest short film that will be on my YouTube channel called Ram One Productions. I’m going into the studio in New York to record three new songs to be released in 2023. And I’m looking forward to being accepted into USC Film School for 2024.