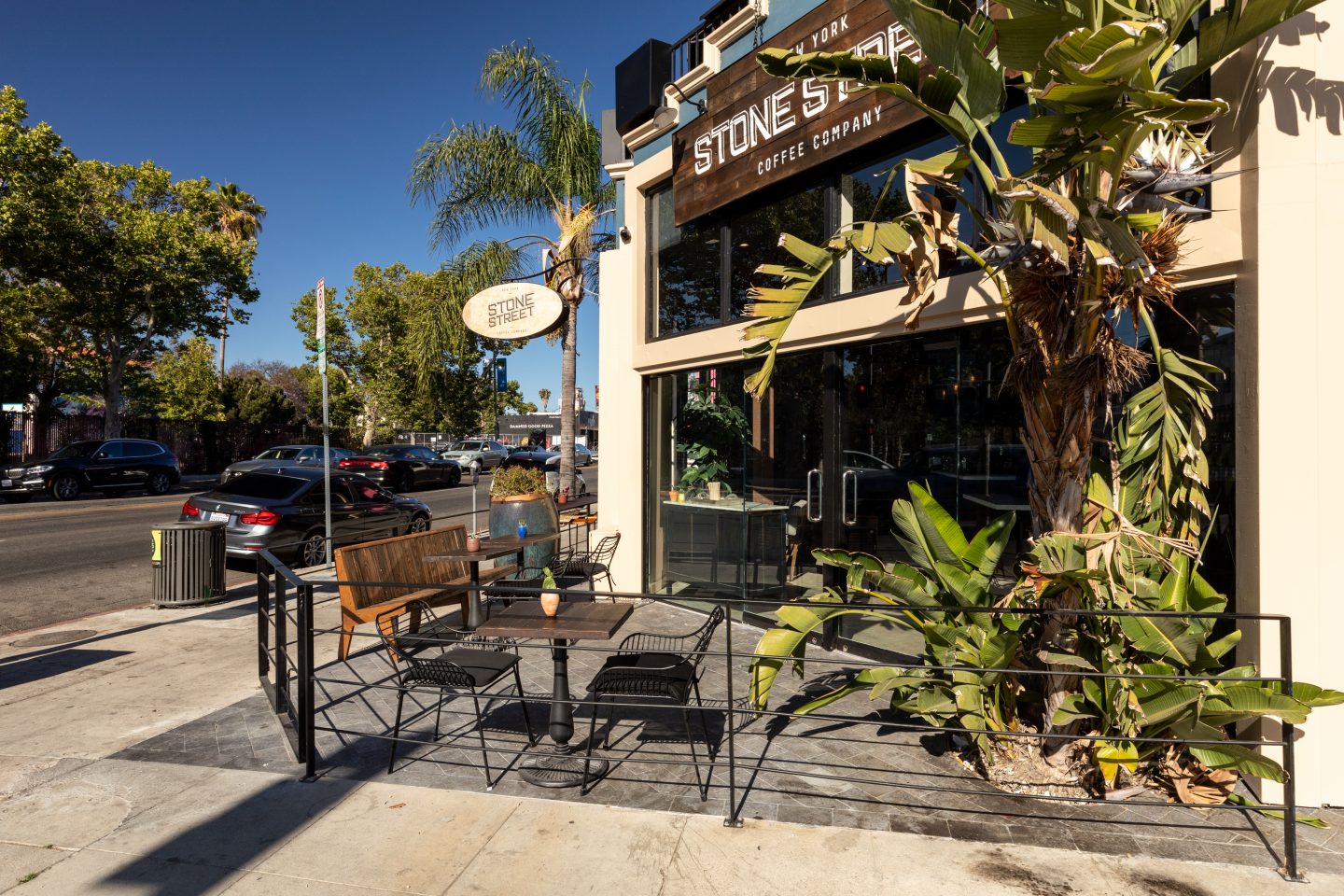 Stone Street has made its way to the West Coast and is bringing New York flare to Los Angeles. The cafe, bar and eatery opened on Melrose Avenue following the success of Stone Street New York and Bathtub Gin. Stone Street LA has brought West Hollywood artisanal coffee, house-made cocktails, and an all-day menu of bicoastally-inspired fare. Stone Street LA’s menu offers a vast selection of classic items, made New York staples such as the Bagel and Lox and Bacon Egg and Cheese on a Roll are given a fresh LA touch, while the local community is embraced through unique dishes such as Challah French Toast and Roasted Mary’s Chicken. Their selection of craft cocktails allows you to experience classic recipes through new and unique flavor pairings and with cocktails such as the Californication or Harlem Rose, Stone Street LA encompasses the best of both coasts.

I think I should start off by talking about Stone Street LA’s beautiful ambiance. There was definitely an upbeat, social/party vibe while simultaneously being the perfect location for a relaxing Sunday brunch. The sun shined perfectly amongst the gazebo-like outdoor area and it’s also where we decided to sit for brunch. My party of four (two friends and my girlfriend) started off with some drinks. I had the Empire State of Mind (Biscotti Old Fashioned) which tasted like an old-fashioned with cinnamon and possibly some other fall spices. A biscotti came alongside the drink as well. I had the chance to try my girlfriend’s Californication – Stone Street LA’s take on the Pornstar Martini – and it was a solid drink. I also tried their Peach Negroni, which they call Bright Lights, Big City. It was extremely refreshing and had the punch you look for from a Negroni.

For eats I got the Avocado Toast (smashed avocado, black sesame, gochujang, red onion, cilantro, lime and a poached egg on toasted sourdough) I loved the size of the toast (something that is VERY important when it comes to avocado toast) and the flavors genuinely reminded me of having some avocado toast at some of my favorite places on the East Coast. I also tried my girlfriend’s potato salad with egg; really good but I LOVED my avocado toast so much it was all I could focus on. All in all, I really enjoyed my time at Stone Street LA. The setting is a welcoming one and the food makes me feel like I’m at a New York café (not to mention, it made me miss home just a little bit less). I really looking forward to my next trip to West Hollywood to try more of their menu. stonestreetla.com