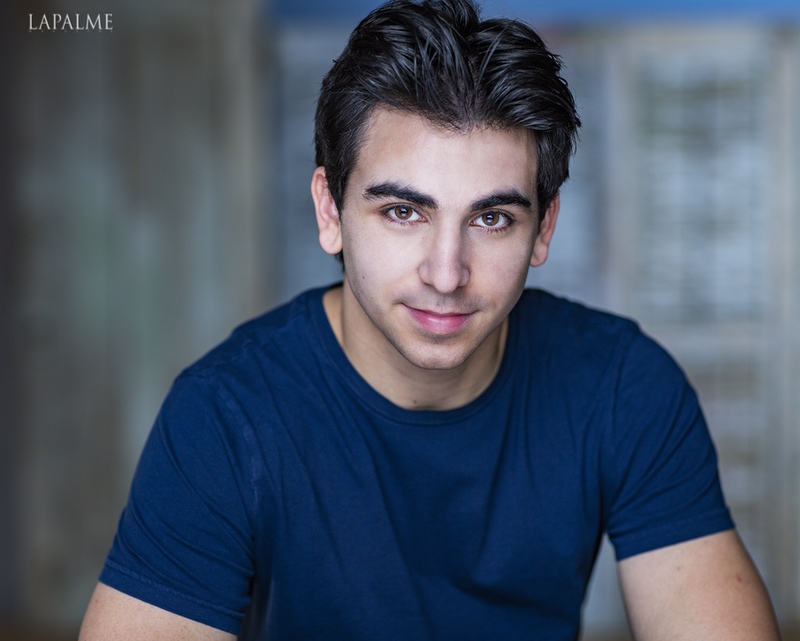 Mark Ricci is an actor and comedian who plays Peter Parker on Six Side Studios’ “Spider-Man (fan film)” series, which has garnered over 100 million views to date. He’s also a series lead on Mattel’s animated “Fireman Sam” series and the film “Fireman Sam: Set for Action!” which grossed $2 million overseas. In 2020, Mark’s first comedy special “Mark Ricci: The Teenage Special” was released on Amazon Prime Video. Mark is returning to the Spider-Man universe with his final installment entitled “Spider-Man: Final Swing,” set for a December release date. We caught up to Mark to discuss his most recent foray into the Spider-Man universe and, maybe more importantly, why it’s his last.

How did the part of Spider-Man in this fan-film series come to you?

I applied for a casting call for a channel called Action Inc. when I was 16. I was a fan of their channel and a huge Spider-Man fan, and the director could tell based on my own Spider-Man videos and short films. We met over skype and the part was offered to me shortly after! Once I came on board, I slowly got more creative control as a writer and producer. And together, we reinvented the channel as Six Side Studios.

Without giving away the plot, can you give tell us a little about “Spider-Man: Final Swing”?

Where we left off in “Rise of a Legacy,” Spider-Man has finally overcome the reputation of being a vigilante. The city loves him and embraces him as their hero. So Spidey has spent the whole summer doing what he does best and has kind of left Peter Parker in the dust. He sees his superhero persona as an escape from his average life, and he feels that it’s most important to maintain that enormous responsibility. The problem is, he’s starting as a freshman at this prestigious school, so he has to make some decisions on how he wants to move forward — all while a student in his program unleashes the infamous symbiote that once haunted him.

With over a hundred million views, you’ve clearly garnered a lot of fans. Why did you decide to end it now?

We have so many ambitions within filmmaking. And while we love the YouTube attention, we really want to parlay that into mainstream film attention. We have a ton of screenplays for original films and plan to focus on funding them once we wrap up this series.

Many have wondered, but few have really had the chance. How does it feel to “wear the suit”?

It’s so second nature at this point that I really feel like I am Spider-Man when I wear it.

Do you think you’ll miss being Spider-Man?

Absolutely! I love the character so much. I’m sure I’ll always wonder what my portrayal of the character is up to and how he’s handling each new phase of his life.

Where can we watch the series?

On the Six Side Studios YouTube channel! There’s a playlist there that contains the entire saga in chronological order, so you can easily catch up.

Putting that aside for a moment, aside from the series, what is your most interesting project you’ve been involved with?

All of the Discovery ID shows I’ve been on are fascinating. I did three of those: “Web of Lies,” “Fear Thy Neighbor,” and “If I Should Die.” They’re all true-crime series and are very addicting to watch. Then for the younger audiences, I was a series lead on “Fireman Sam” where I play two characters. Most notably the mischievous Norman Price, who hilariously sets the entire city on fire by accident, and also Fireman Sam, who always has to save his butt.

You were the first teenager to release a comedy special on Amazon Prime. How did that feel?

Probably my boldest move yet! That accolade was no accident; I very consciously set out to achieve that. At first it felt like an unattainable pipe dream, but then I decided that I wasn’t giving myself a choice. Before I turned 20, I had to find a way. And so I did.

What do you have coming up in terms of new projects?

I’ve been cast in an independent feature called “Prom Night” alongside Bart Johnson (“Highschool Musical”) and Hunter Deno (“Power Ranger”). And I’m currently finishing one of my screenplays, which I’m hoping to assemble a star cast for.