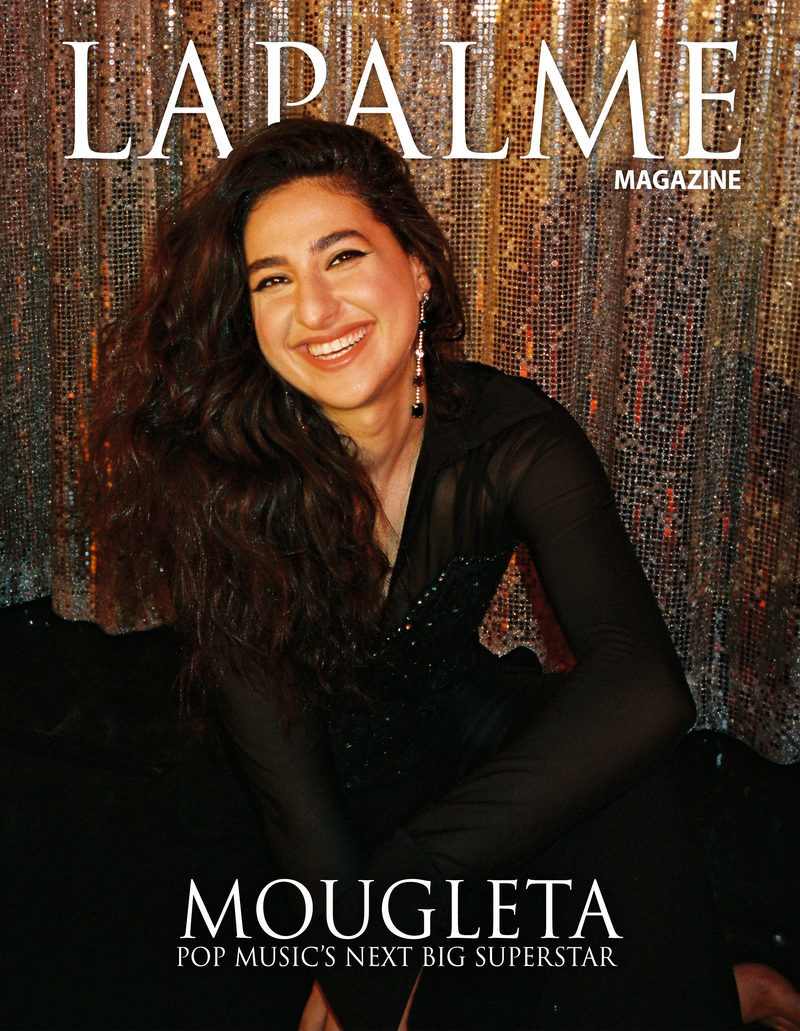 Drawing her stage name from the Jungle Book character Mowgli – a relatable figure to the nomadic artist, who felt she didn’t belong anywhere. Canadian Singer / Songwriter, Mougleta takes inspirations from daily nuances, such as music from the taxis on the streets of Beirut to the ultra-modern skyscrapers of Dubai, the late-night rush of Toronto’s Entertainment District, or the eclectic assortment of buildings in Berlin; Mougleta’s musical jungle tells empowering tales of heartbreak, happiness, dreams and pure magic.

Uniquely fusing pop music with traditional Oriental sounds and other musical influences from around the globe,  Mougleta’s musical versatility is noted in her hit singles like “Hold my Cup” and “Valentino Rossi in addition to such collaboration like Kpop sensation, Oh my Girl and renowned German DJ Kianu Silva on “Rocket Ride”, Multi Platinum DJ/Producer, Topic with “Talk to me” and Gabry Ponte and MOTi with “Oh La La” As well as her song “Nice to Meet you” which was included on the soundtrack of the hit ABC network TV show The Baker and the Beauty.

Mougleta’s streak of carefully produced gems which have racked up well over 50M+ streams and more than a million monthly listeners on Spotify alone, with much More music imminent, will surely continue this rising talent’s transition to a new sphere of global recognition.

She joins us to chat her new single ‘Heartbeat’, being a global citizen and so much more in her Q&A with Lapalme Magazine:

What makes your ‘HeartBeat’? Doing what I love and what I love since as long as I remember is entertaining people and seeing their reaction, that’s what really gets my heart beating.

Tell us about who Mougleta is? Strong, ambitious, hungry, talented, and extremely hard-working woman. A person that never stayed long enough in one place to truly belong, but someone who finds it easy to belong anywhere.

The New Single ‘Heartbeat’ really seems to be the version of the artist you most are at this moment. What does it feel like to release something that is so ‘you’? Thank you for recognizing that. Actually, It feels really good, especially during the making of the video for “heartbeat” I felt like I was that 9 and 15-year-old performing on stage. That was that girl, that’s the artist, Mougleta.  I channeled that energy into this video. This was as close as it gets to who I am. Also, if you’d like to know; I got some of my inspiration for this song from “edge of seventeen” by Stevie Nicks and Scarface!

With millions on millions of streams across all platforms, what is it about your music and the collaborations you’ve worked on that you feel resonate with audiences? I think it’s from the connections I have with my songs, everything I write comes from real-life experiences and I feel that people recognize that, so perhaps it’s part of the reason why they’re drawn to my music, they know that it’s all coming from the heart.

You’ve traveled the world and that gives us as humans an insight into the culture, the thinking, and practices of others. What is one common theme that you’ve seen across the globe personally that you feel we all possess? I found that no matter where you go, people respond really well to kindness. Humans everywhere, want to be respected, appreciated, and loved, it’s simple really.

How important is image when it comes to the music business? I think it’s important to show your true image, my image is an expression of who I am and I know who I am and I’m unapologetic about it. What you see and hear is always going to be authentic. People recognize real.

What’s next for Mougleta? A wise man once said “shoot for the stars, aim for the moon” Pop Smoke may he Rest in Peace. That’s what’s next for me!

Where can our readers follow you? I kept it simple just @mougleta and you can follow me on all social and streaming platforms. Also my official website mougleta.com