Home » JAB THE ZORRO – THE ONE TO WATCH 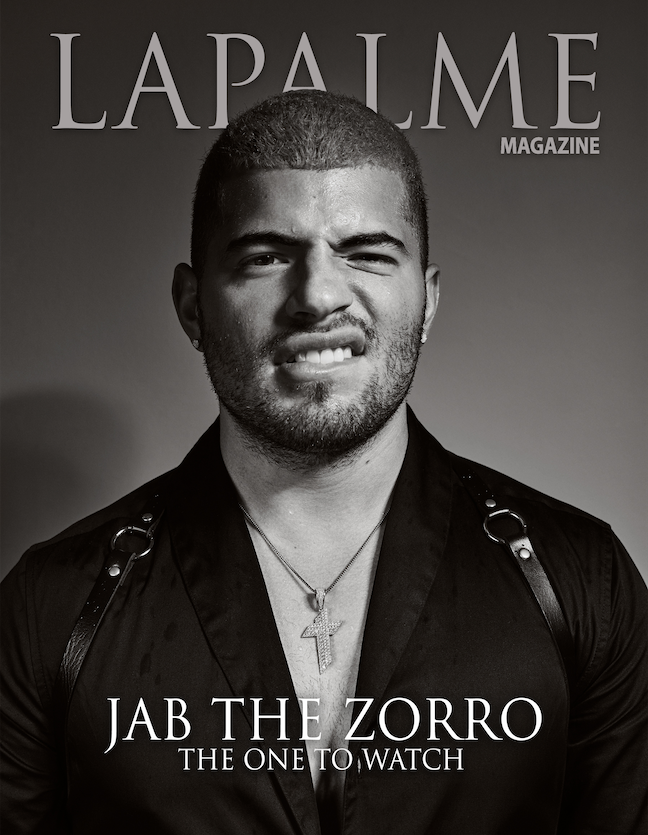 For Latin American recording artist and actor JAB the ZORRO, Latin music is worldwide music. Fluent in both English and Spanish, he combines the sounds of various genres from across the globe – including hip-hop, rock, house, and R&B – to give his songs a distinctively international feeling. As
the popularity of Spanish-language music continues to rise abroad, ZORRO aims to push the culture forward and shine a positive light on the Latino community.

Born in Queens, New York to a Colombian father and an Ecuadorian mother, ZORRO was homeschooled for much of his childhood. During those years, he felt a close personal connection to music – no matter what he was going through, he could put on his headphones and move to a whole different wavelength. It wasn’t long before he decided to try creating music himself.

A few years later ZORRO attended Queen’s College, where he majored with a bachelor’s in Graphic Design. It was only after working as an actor that he
could properly channel his creativity, giving him the push he needed to
start recording and releasing music.

ZORRO’s tracks have a cinematic quality to them; his background as an actor and dancer helps him exude confidence on the microphone. Unlike many others in the Urban Latin genre, he puts an emphasis on creating great overall performances – he sings, dances, and puts on a show for his listeners every time.

Some Stats on his latest two singles show that Jab the Zorro is a name to watch.

– “Dale” (debut single) has 12,000+ streams on Spotify. It was placed on
Shazam’s “Best New Music” playlist on Apple Music the week of its release.
Mastered by Blossom Records.
– “Impulso” is the 2nd and current single and has 19,300+ streams on
Spotify. Mastered and engineered by Latin GRAMMY Award-winner Camilo Silva.

How have you stayed creative during these Quarantine times? We know you were home schooled during childhood so did this give you a head start during this new normal?

It’s been a bit of a rollercoaster. Funny enough, I think homeschooling
taught me that self drive from a young age and I appreciate having it.
Whatever happens in life, I always like to see my goals through. Music is
one of them.

Let’s talk your music? How would you describe the music you’ve been
working on for release later this year?

Ive released 2 singles so far and they’ve both in a sense, ready for the
club. I think that may always be my vibe, I Like high energy music and i
like watching the effect It has on people. I’m exploring sounds and mashing
them up….I’m riding the creative wave. My next single will be about my
stripping days. It’s a past I shyed away from initially because I was afraid
how listeners would take it. At the same time, this is who I am….it’s what
my story unique. Im not ashamed of it. So there is that attitude of take it
or leave it, Im here to be 100 percent myself.

Your track Dale has surpassed some serious stream numbers and the
visuals feel cinematic in presentation. How important is the whole process of sharing the visual to elevate the track?

Thank you and thank you! That was a bittersweet call to make because of
COVID…I wasn’t able to shoot a proper video like I’d planned. The idea of
visuals are super important for me. Visuals can take things to the next
level. It’s a chance to physically emote the record and I think that’s
pretty dope. Our minds work off our senses, visuals can possibly trigger
something that maybe the song didn’t , You never know.

Music, Acting or dancing? or are you looking to be able to bring both to
the world stage as a triple threat?

Absolutely. There are a lot of people who actually think I can’t dance.
There are a few close friends who have seen me in action. I love it. Growing
up Latin, my first experiences come from family parties dancing salsa,
merengue, and bachata. Later I got exposed to the house music scene and that truly changed everything for me. It sort of connected all the dots. Its only beats, if you can move to this, you got this in the bag. Acting triggers
something different from me, It’s a different form of expressing myself.
It’s something liberating and also fun to be someone else on set. I really
do love the idea of putting on a show and giving it my all. Whether it’s
acting, dancing, or performing my music.

How important are your roots when it comes to your image?

Irreplaceable. Being a Latino talent, it seems like there’s a lot of of us
but at the same time there isn’t enough of us. I hope me showing my pride
for my Latin culture will inspire someone else to do the same and so on.

Your overall push to highlight the Spanish community and it’s creative
flair is a theme in your overall vibe? How important is culture and
representing it in an honest, Raw and honest way?

Of course, like I said before my culture is important for me. I’ll manifest
that one day I’ll be able to see the the day we are considered as equal and
important as other cultures in entertainment, politics, society, all across
the board. I want people to look at us for who we really are and not just
accept but appreciate our contribution to this country.

What’s next for you?

Things may change but I’ll go ahead and say probably a few more singles and then I would really love to drop a concept EP with the whole package:
Visuals live performances…even collect some awards. We got work to do!

Stay connected and follow Jab The Zorrow on IG @jabthezorro.