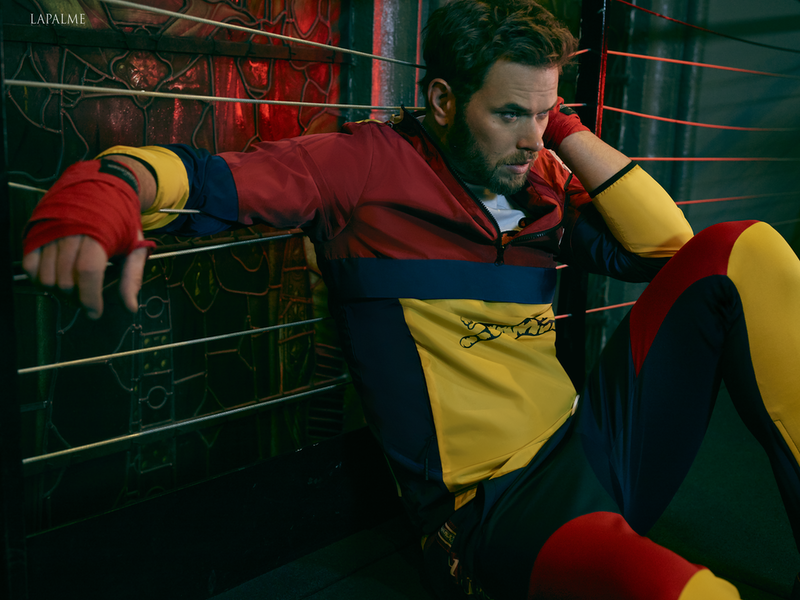 Through the ups and downs of life and the challenges of a demanding television production, strength is vital. Here’s how faith, family, and film empowers Lutz and propels him forward through uncertain times.

We are only four months into 2020, and it has been a significant rollercoaster for us all. The Coronavirus has shut down parts of the country, and over 80 million Americans are under virtual lockdown. It has brought our country and the world to a grinding halt. The year 2020 began, like every new year, full of expectations. Kellan Lutz and his wife Brittany were expecting too. They were expecting a baby girl until the unimaginable happened.

Back in LA, on hiatus from the hit show FBI: Most Wanted, Lutz took some time out of his afternoon to talk with me while his lovely wife prepared lunch. “In New York it was eery, one store was packed, and then a small store nearby would have no one in it, and you could shop. The freeways didn’t have anyone on them, which was weird. There was no morning traffic at all,” Lutz explains, as we discussed the Coronavirus pandemic that shut down production of the show.

FBI: Most Wanted is a crime drama. The story focuses on the work of the Fugitive Task Force, a team that tracks and captures the notorious criminals on the Federal Bureau of Investigation’s Most Wanted list. Lutz sought out a role on television to honor Brittany’s desire to start a family. Lutz explained, “I love traveling the world and doing movies. It’s a different sort of lifestyle traveling and being somewhere different from Bulgaria, to Australia, to Thailand, and Rome. It’s a gypsy lifestyle in a way, but once I got married, I realized I wanted to start settling down.”

When Kellen received the Script for FBI: Most Wanted. He fell in love with his character Kenny Crosby because it reminded him of Emmett Cullen, his role in the blockbuster movie trilogy Twilight. “He’s the new kid on the block, he has a comedic boy wonder type charm, and he’s a bull in a China shop, always quick to action.” As a fan of Law and Order, being a part of the Dick Wolf universe was a selling point for Lutz. He used a blizzard as a backdrop, and Brittany put his audition on tape. Lutz praised his wife for her prowess behind the camera. He explained that she is from the vlogging and hosting world, and her talent adds immense production value to his audition tapes. “She should be an actress. She is super talented.”

Lutz sent in the audition tape, and the producers loved it. Lutz and his wife were off to New York with plans to paint the town red, They wanted to go to all of the Broadway shows and visit the cities famous restaurants, but things changed when Brittany found out she was pregnant. “It’s been a journey, man maketh his plans, but God directs his steps. That has always been our motto in this season.”

“I’ve never worked so consistently before. It’s been such a fun experience as if we’ve been doing this for five years. We’ve created such an organic team. Dick Wolf Entertainment is such a well-oiled machine,” Lutz says. Even though the show is rigorous and exterior dependent, the early shoots in single degree weather don’t seem to phase Lutz. However, the varying schedules made it hard for him to train the way he wants to. He usually prefers F45, the 45- minute high-intensity functional training program. But, Lutz had to improvise and work out on set. Even during 12 – 14 hour shoot days, Lutz finds the time to work out. “I work out as an active lifestyle. I don’t work out to look a certain way. It’s for my soul.”

The excitement in Lutz’s voice wanes as he continues, “Fast forward to mid-January we had an appointment. We had just returned from our Babymoon in Fiji. We had such a great trip, but I remember her stomach was looking smaller.” After six and a half months, the couple found out that their baby was stillborn. “The thing for me is that I never thought this was a possibility.

There is no easy way, but I’m just so grateful for our faith and sharing the blood of Jesus Christ. We don’t have all the understanding in the world. There are some tough days where you’ll see the sonogram, and you’ll see her cute little nose that she had. But then again, we are so grateful she is in heaven, and we remind ourselves that she didn’t have to come into this world and deal with heartbreak, and she gets to be with Jesus. It’s bittersweet. But I’m happy to trust that one day we’ll have a big family.”

Kellan and Brittany have endured a lot, but they remain secure and steadfast in their faith. To sum things up, Lutz offers his philosophy “If you don’t learn to be happy where you are, you’ll never get to where you want to be. That has always been a motto of mine. You have to find happiness. Wherever God has you in life, he has you there for a reason.