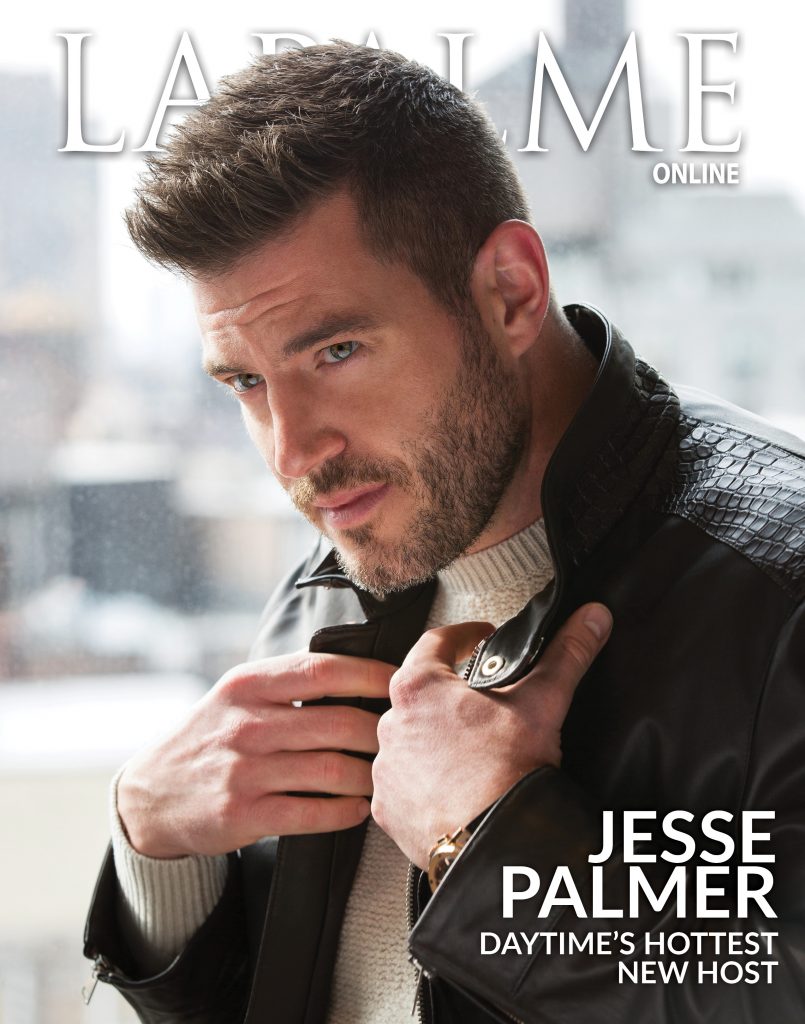 With DailyMailTV renewed for a second season it’s hard to find a media outlet that Jesse Palmer isn’t taking over. The football-pro turned television analyst, host and commentator can be found across a multitude of platforms such as ESPN and even the Food Network. Now, as the anchor of DailyMail.com’s, the most read English language newspaper, hot new show, Jesse is your go-to man for breaking news, celebrity news, politics and stories of interest. We caught up with Jesse in between filming for DailyMailTV in NYC to get his insights on the media today, who to watch in Hollywood and how he turned his childhood “pipe dream” into a reality. 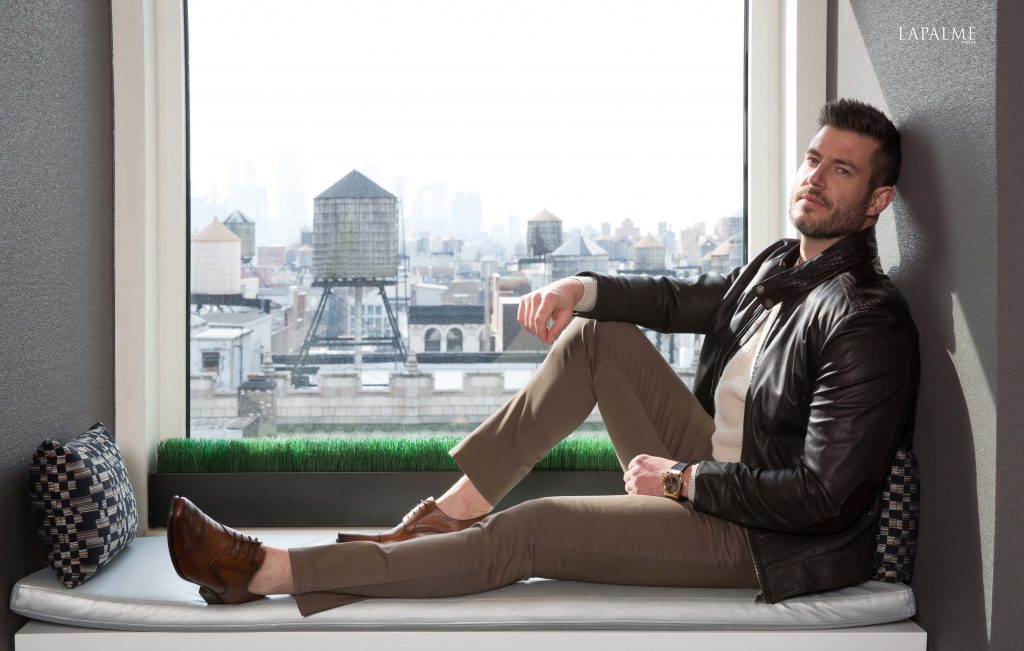 Chiara: From playing in the NFL to appearing on the Bachelor, hosting on ESPN, GMA and now DailyMailTV what’s it like being on both sides of the microphone?

Jesse: It’s definitely very interesting to go from playing football and being on the other side of the microphone to hosting DailyMailTV. It’s great to be able to share unique and compelling stories with our viewers, wherever I’ve been. I feel really lucky to kind of tap in different passions of mine outside of football. And then help tell those stories to people at home.

We’re lucky at DailyMailTV as we cover a very broad range of topics and we have such interesting people that we interview. We have newsmakers, celebrities and people who make headlines. Just recently we had Rodrigo Alves, the human Ken doll, on the show. He’s a unique individual with a very interesting story. Tim Tebow also stopped by last week, he’s a former Florida Gator and NFL player. Really, it’s kind of all across the board, so there is never a dull day.

What have been your biggest challenges so far and how have you overcome them?

I think growing up in Canada and having a dream to play professional football in the NFL was, in a lot of people’s eyes, a pipe dream. I had a lot of people when I grew up tell me I couldn’t do it. However, I’ve been very, very lucky throughout my life to have great supporters in my family and close friends. They instilled in me a really, really strong work ethic and a desire to succeed. I was very lucky to go to the University of Florida and then get drafted in the NFL. It’s not totally dissimilar to my career after football. I feel very lucky and honored to be able to work in sports broadcasting at ESPN and host DailyMailTV. It’s great to be able to work with such talented people everywhere I’ve been that have really supported me. 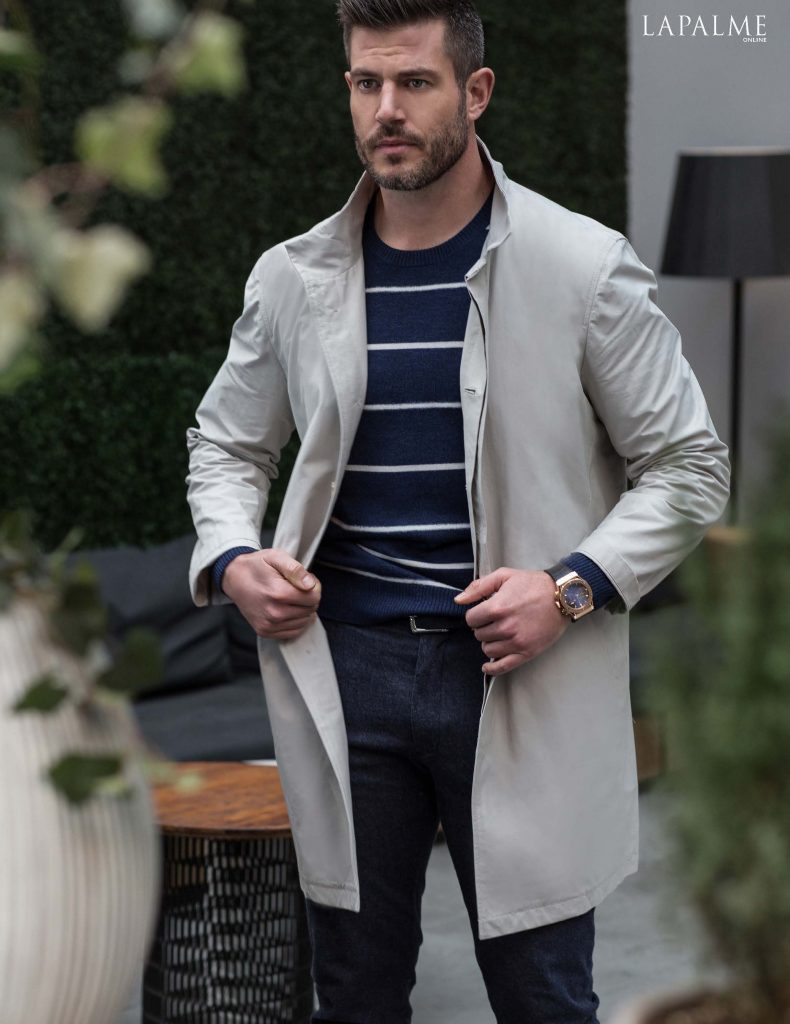 And how do you find the cross-over going from sports-centric topics into all the genres that Daily Mail covers?

It’s really been a great marriage. I think so much of what DailyMailTV reports on are the things that I’m passionate about and truly care for. The show has fantastic exclusives, breaking news, politics, entertainment, science, and technology, sports, food and travel.

How has social media changed how you plan and approach covering celebrity news or political news etc..now that people can break their stories on Instagram and Twitter?

Well, I think that’s a double-edged sword in some ways. I think part of the greatness of social media and platforms like Instagram and Twitter and Snapchat is that it’s kind of the immediacy in which you can get news today but you have to question the source and if there is an agenda involved. There’s always a race amongst everyone involved to try to break a story first, but you also want to get it right – and DailyMail.com and DailyMailTV are both great at doing that. Look at the Rob Porter story. DailyMail.com broke that story in two parts which resulted in his resignation from the White House. That was great reporting that set the news agenda.

There’s a whole new crop of young Hollywood talent. Who, in your opinion, should we keep our eye on?

I’m a big fan of Miles Brown on Blackish. I think he’s awesome. And I’ve had a chance to work with him before. I’ve hosted the Disney Christmas Special on ABC for three years now and he’s been a part of it. While I was working at the GMA we used to have him on and he’s unbelievably talented and I think he’s going to have a phenomenal career but more than that, I’ve hung out with him a bit, he’s just so grounded. So impressive just to be around. Kind of almost, at times, wise beyond his years. So he’s someone really exciting to see where his career takes off. I think his star is rising. 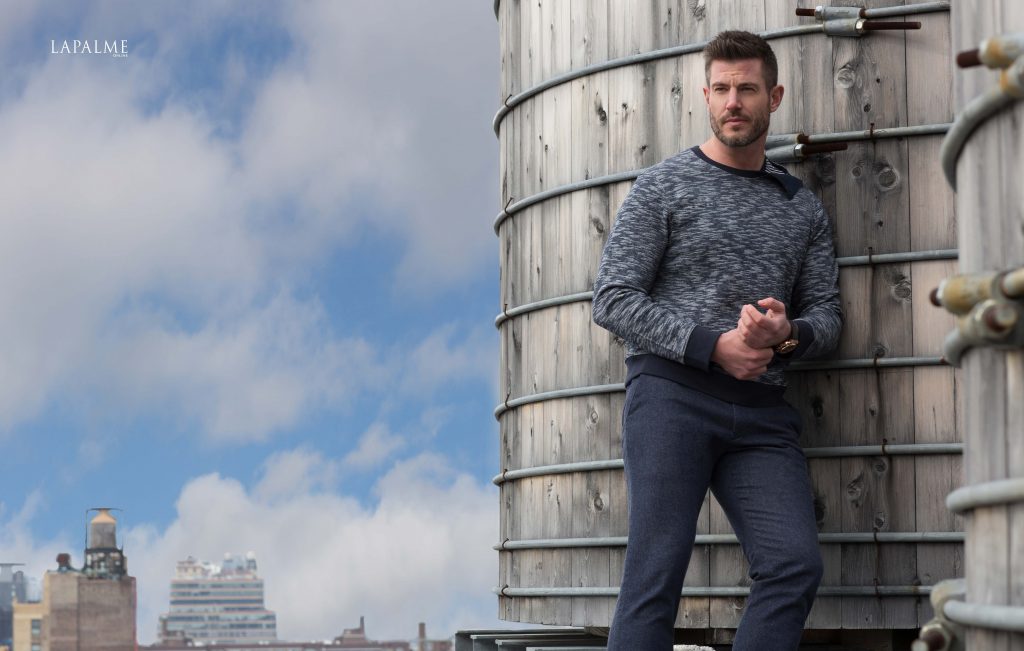 We will have to keep our eye on him! Where do you see DailyMailTV going?

Continuing onward and upward. We’ve worked hard and had great audience growth since we launched in mid-September 2017. I’m just a real believer in the format of this TV show. It’s also such a tremendous advantage to have access to all the stories and resources that DailyMail.com has. Did you know they have reporters and newsrooms in New York, London, DC, Sydney and LA?

What’s also special about the show is our ability to tap into the stories that are trending while breaking really great exclusive stories. It was DailyMailTV that broke that Sex and the City 3 wasn’t happening – and that story is still making news!

When you have downtime, where are you and what are you doing?

I love traveling, but I have a home in Montreal where I love to go. It’s not far from where I grew up in Canada. I grew up in Ottawa and Montreal is not far away. It’s about a 45-minute flight from New York City, so it’s very close. But because of its history and its culture, you feel like you’re in Europe. It’s obviously French. I speak French, the food and culture are fantastic, the history is outstanding and the people are wonderful. If I had a long weekend, that’s definitely a place that I try to escape to. I’m also a passionate supporter of the National Pediatric Cancer Foundation and Good Sports – where I am honored to be an Ambassador for both fantastic organizations.

Sounds ideal! For the Gator fans out there, what do you think of the current state of Gator football?

We’re on the rise now. I’m really hopeful about Dan Mullen. We’re all pleased with the recruiting class but obviously really anxious. Gator fans have extremely high expectations. It’s a religion there and now is the time for everyone to get behind Dan Mullen, support him and get this thing moving.

In Dan we trust.