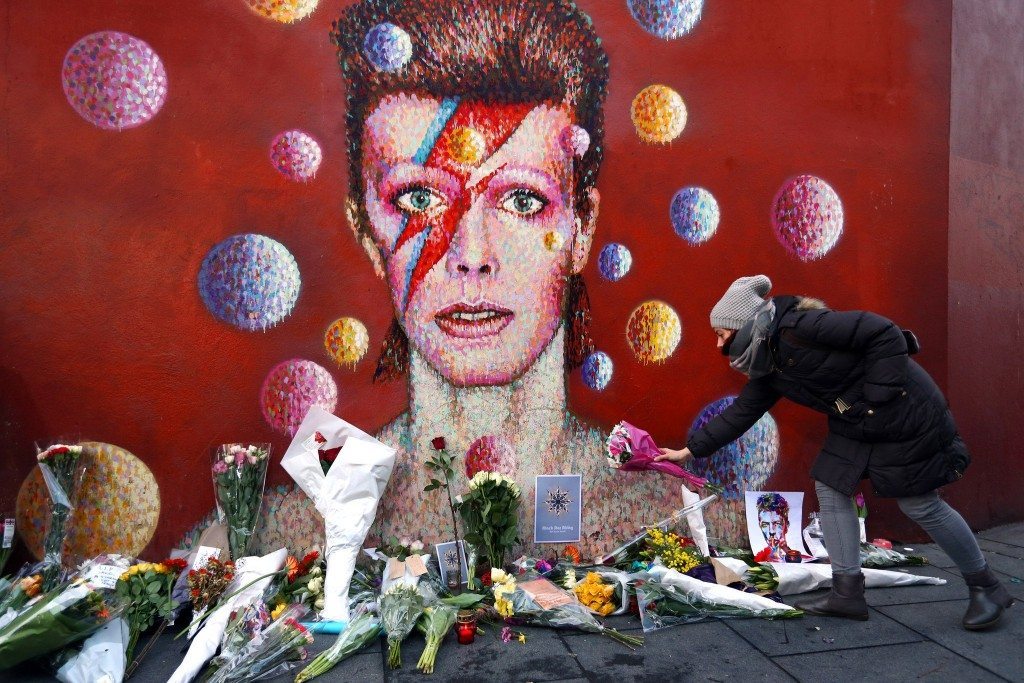 The world mourns David Bowie who died last night at the age of 69. The legendary British art-rock icon had a prolific career spanning over four decades. His acting career flourished in 1970 to early 1980 where he worked with David Lynch, Martin Scorsese and Jim Henson. David released his final music video Lazarus just weeks ago.

Bowie was an artist whose inspiration transcended generations and was considered by critics and other musicians as an innovator and fashion icon. 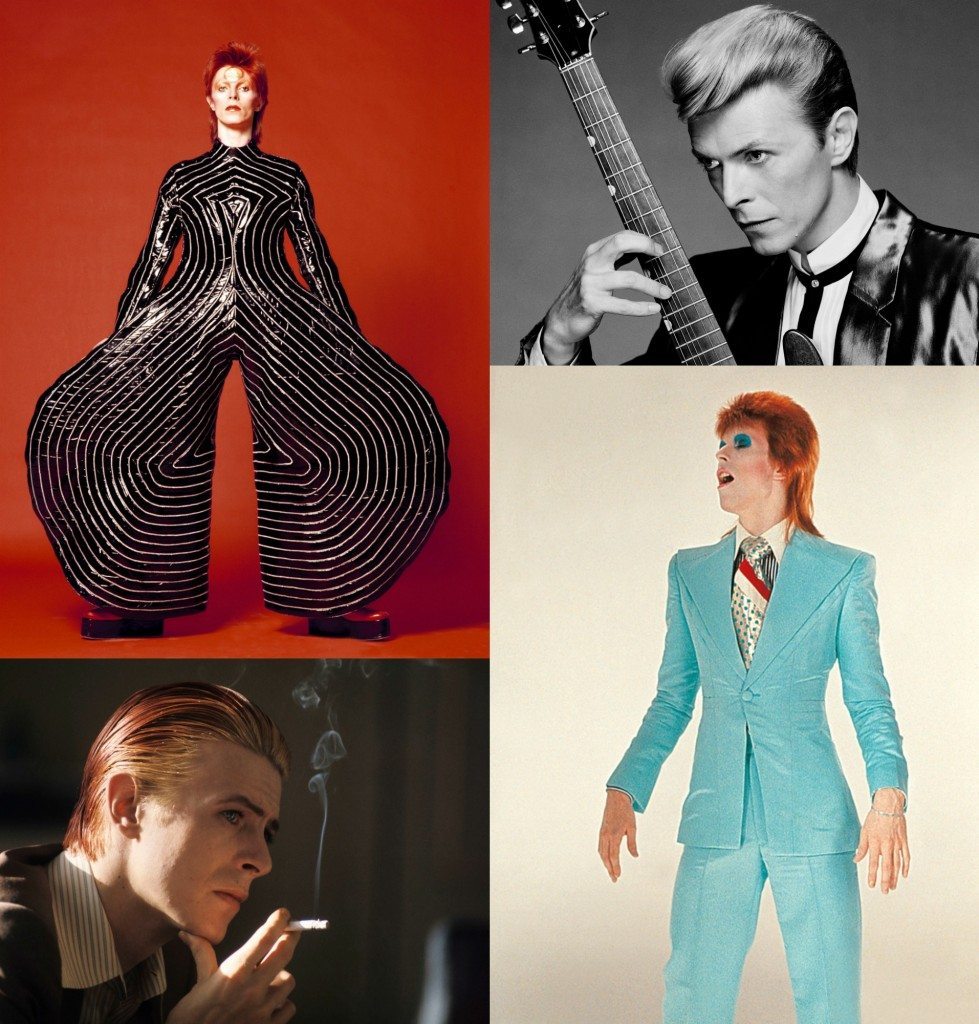 While the stars took to social media to express their grief and condolences crowds gather outside the Ritzy cinema in south London to sing and pay homage to British singer David Bowie following the announcement of Bowie’s death on January 11, 2016. 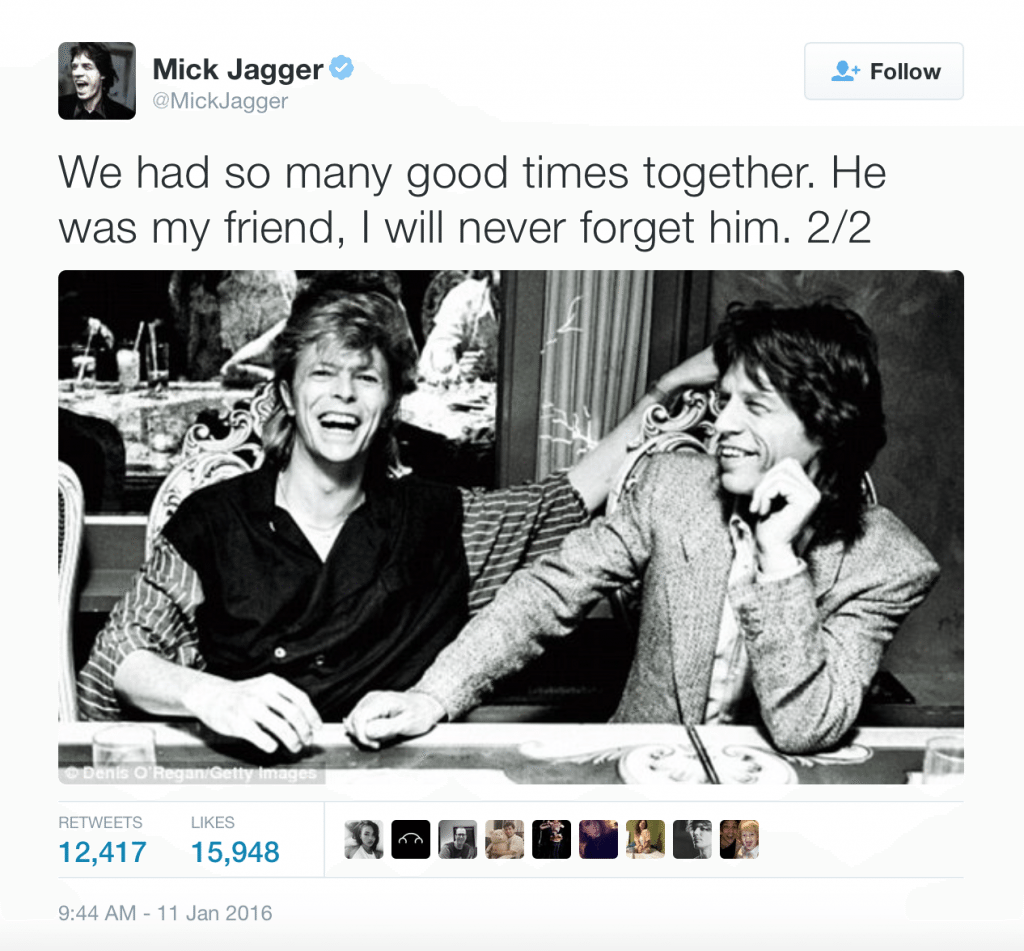 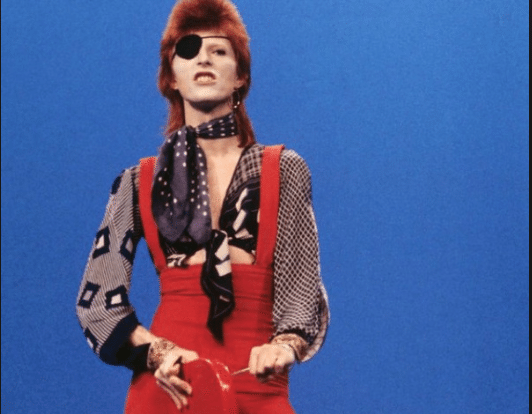 David Bowie (as Ziggy Stardust wearing an eye patch) performs “Rebel Rebel” on the TV show TopPop in Hilversum, Netherlands, 1974. This was Bowie at the end of his Ziggy era. (Photo by Gijsbert Hanekroot/Redferns/Getty Images)