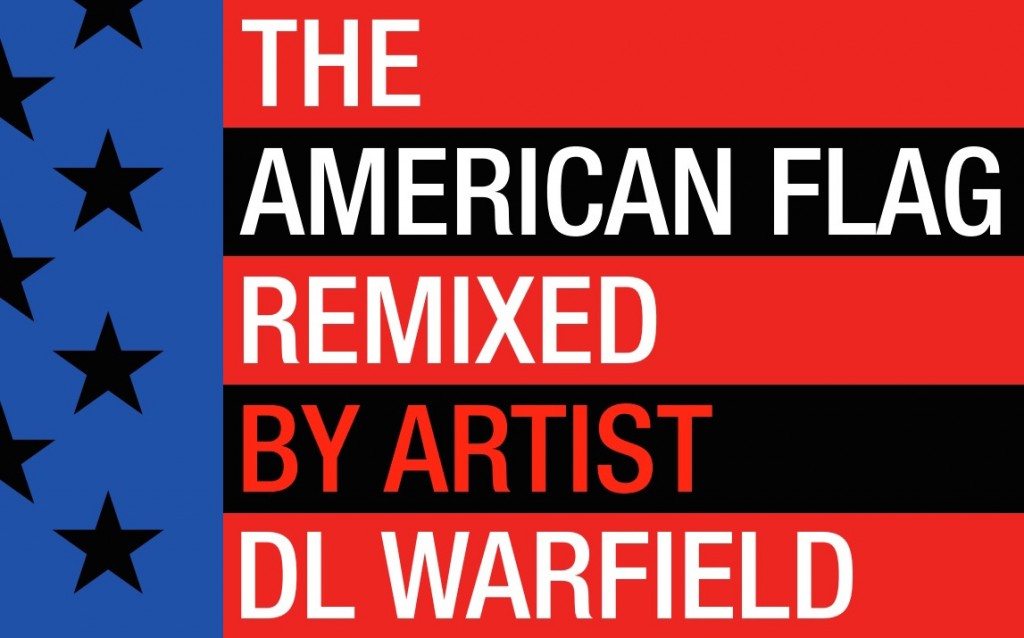 The name was first made famous by Ian Flemming, whose global super-villain named Auric Goldfinger serves as the inspiration for the title of James Bondʼs classic film, and whose love for gold is the central driving force behind his quest to dominate the world. When Derrick Lee Warfield, founder of GOLDFINGER c.s, named his company, he was actually motivated by a different individual – King Midas. According to Greek legend, Midas was made king by the will of the people, and is historically known for his alchemist ability to turn anything he touched into gold.

For 2015 Warfield is introducing his latest artistic assortment, “The American Flag Remixed.”Using mediums such as metal, wood, Levi’s denim, leather iron and mercury glass the flags represent his various interpretations of American life. The flags appeal to corporate and hip-hop culture, to people who openly criticize America and its contradictions, and to people who embrace those inconsistencies.

When Betsy Ross stitched the first flag in 1776 she created an iconic image that has been able to stand the test of time. Although it’s been modified slightly over the past 230+ years, the foundation of the design has remained the same. By the nature of our mere existence, everything evolves and what doesn’t evolve naturally is sometimes modified, customized and improved upon. Not all Americans are into change but most of them usually want things their way because America is a nation of dreamers that still like to ask “What if?” Those two words are the catalyst that are driving Warfield’s new body of work comprised of Remixed American Flags. The flags are meant to show what Americans feel like at times while holding true to the spirit and structure that the United States of America was built upon.

Warfield says, “When I think of America, like many traditional historians I think about the principles and structure it was founded on. As an artist, what I love about our history is that we were founded by rebels. A group of men and women that challenged the establishment and were willing to die for what they believed in while holding on to the dream of “What If?” My flags, like Americans are all different and custom fabricated to represent different passions, genres, ideas and cultures. No matter the color, fabric or design, they all scream I AM AMERICA”

Rapper T.I. already owns three of the flag pieces including “The United States of Boom” and “The United States of Mi’ Familia” which is based on Warfield’s own culturally diverse family. Usher Raymond sought out the flag “United States of Cool” while executives for Levi’s Strauss, Ford Motors and Paypal boast pieces from the new collection. Atlanta restaurants such as Gio Di Palma’s Little Italy and 10 Degrees South have also commissioned custom-designed flags. 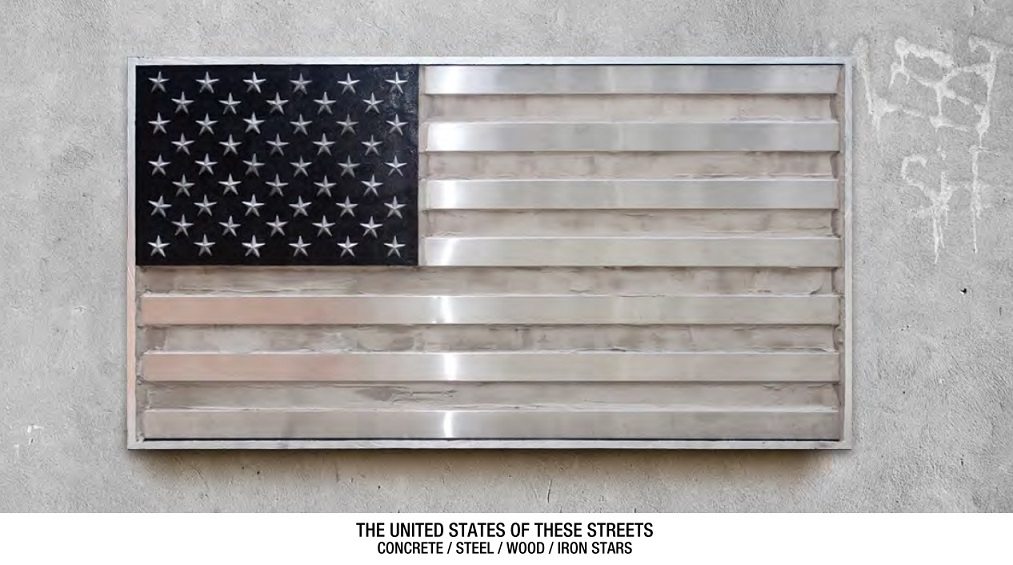 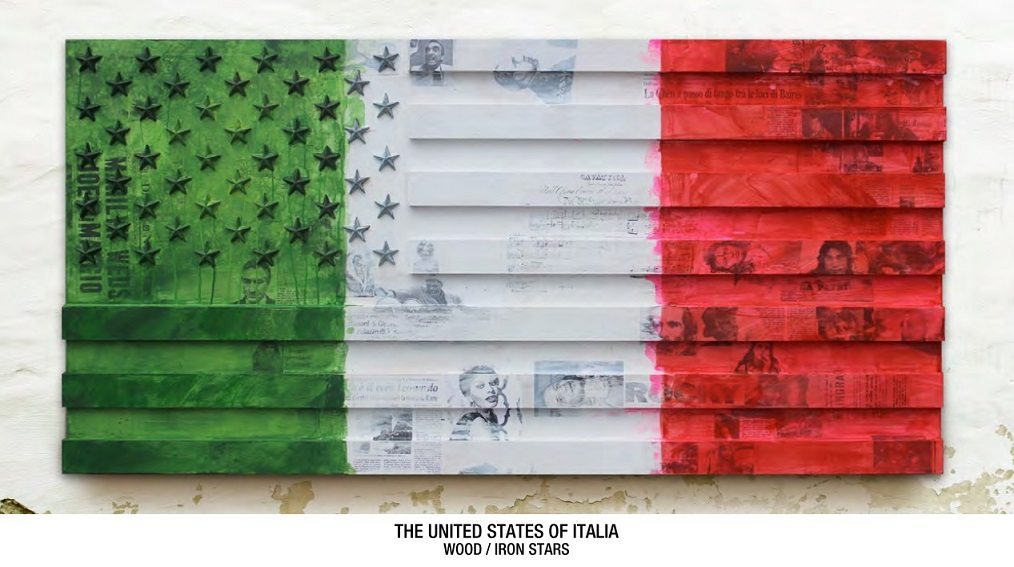 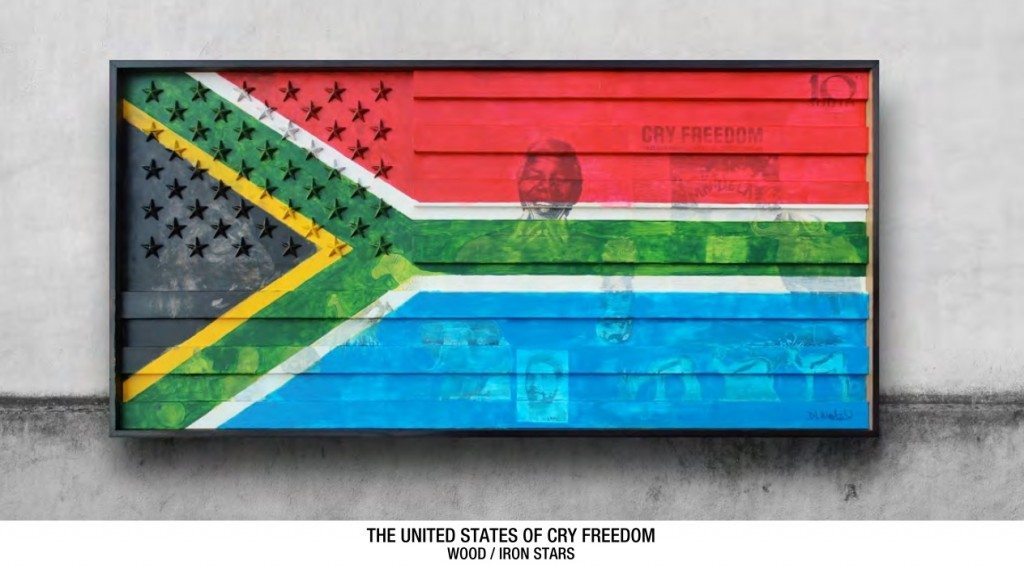 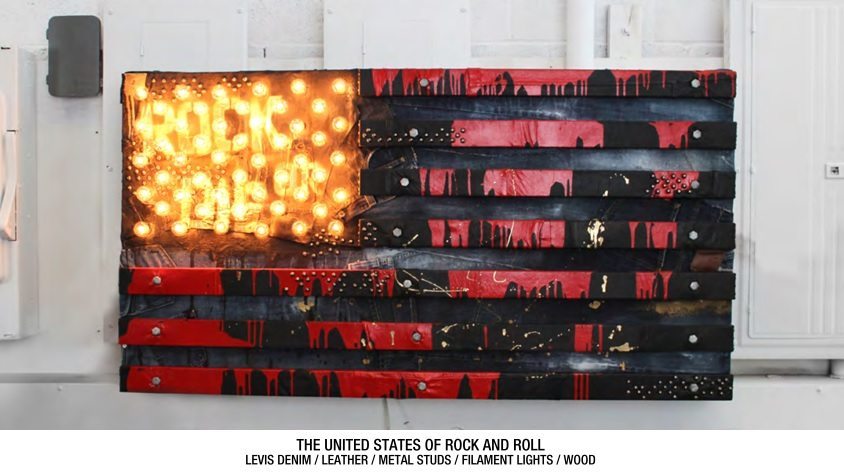 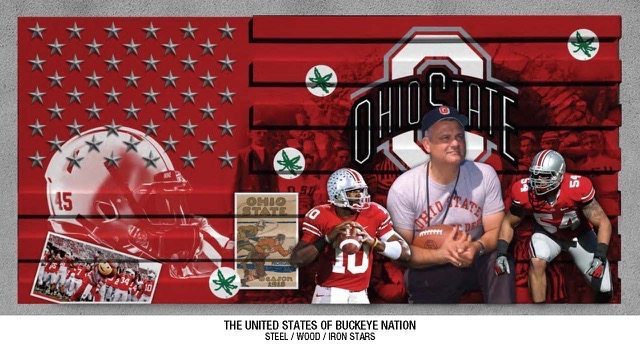 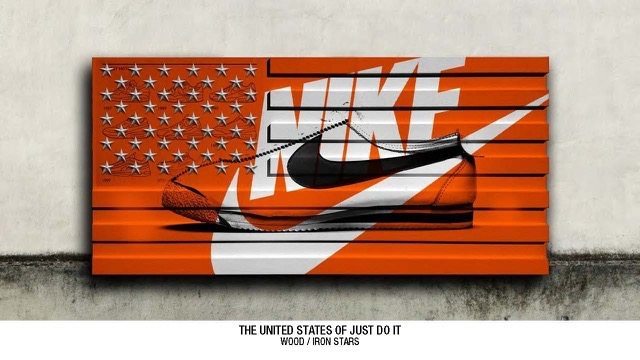 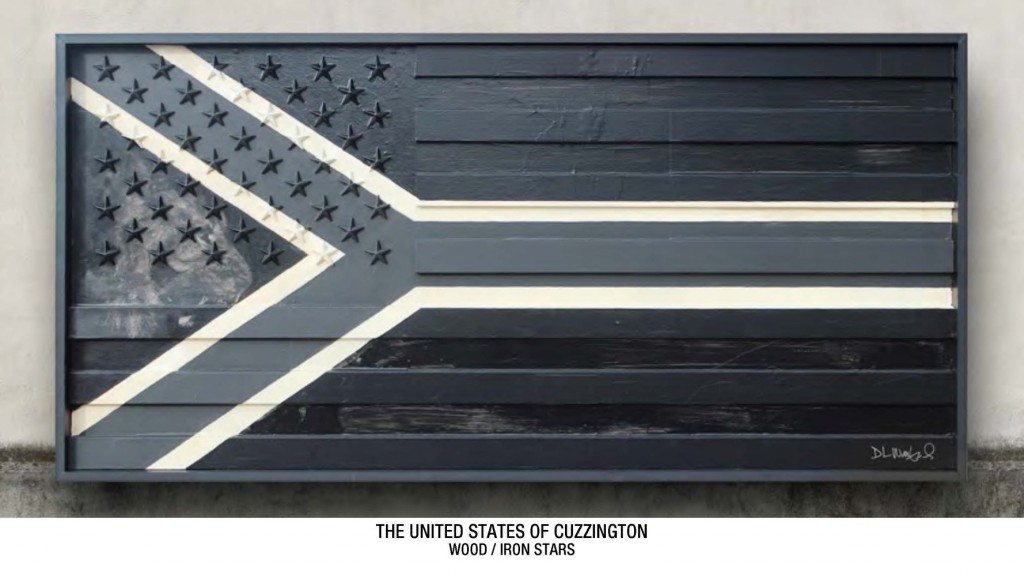 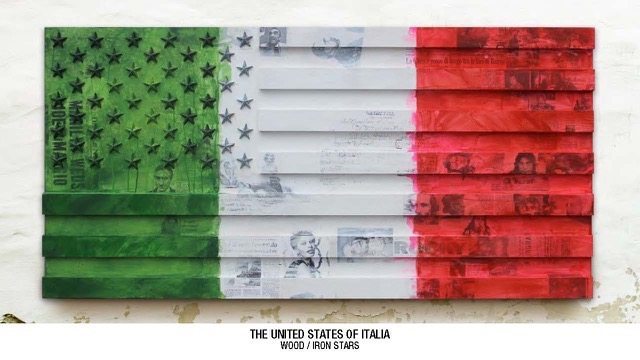 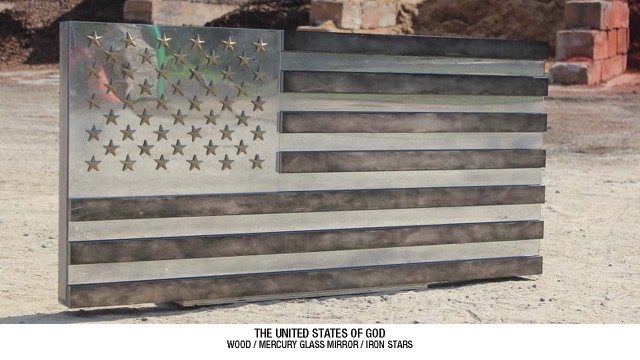 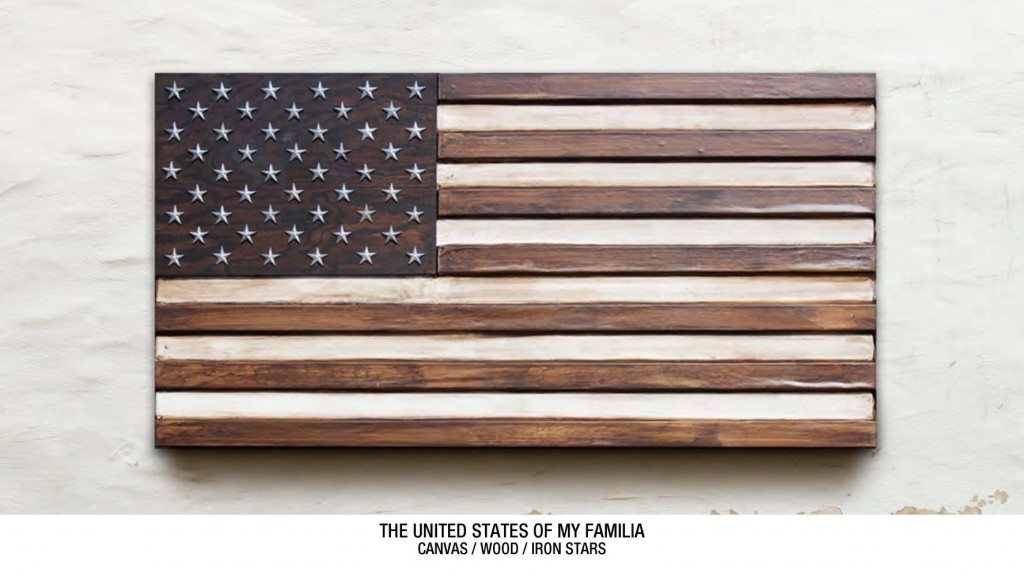 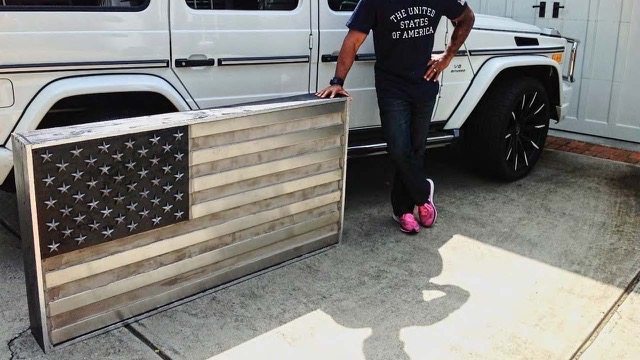 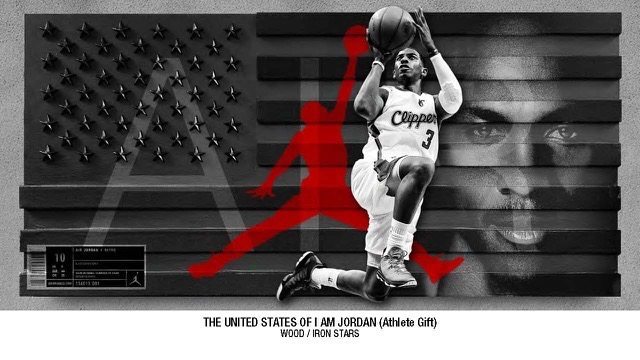 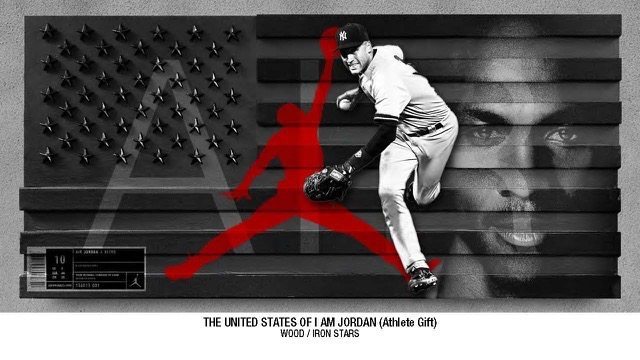 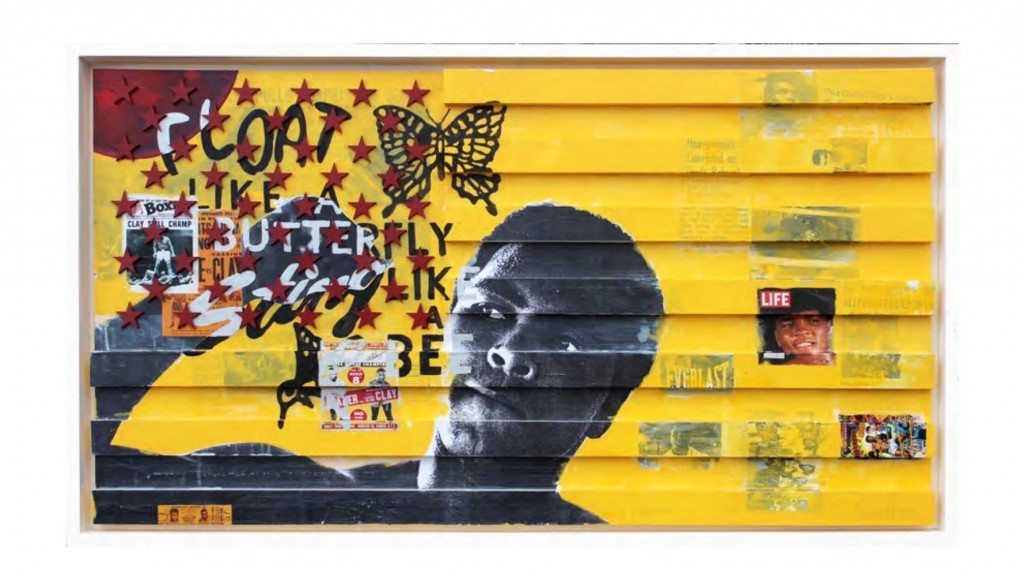 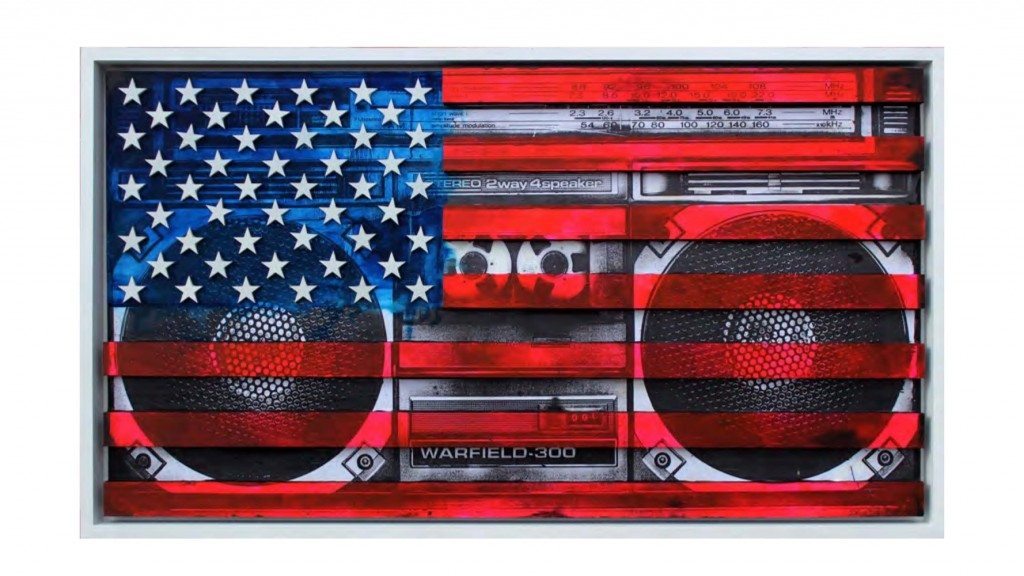 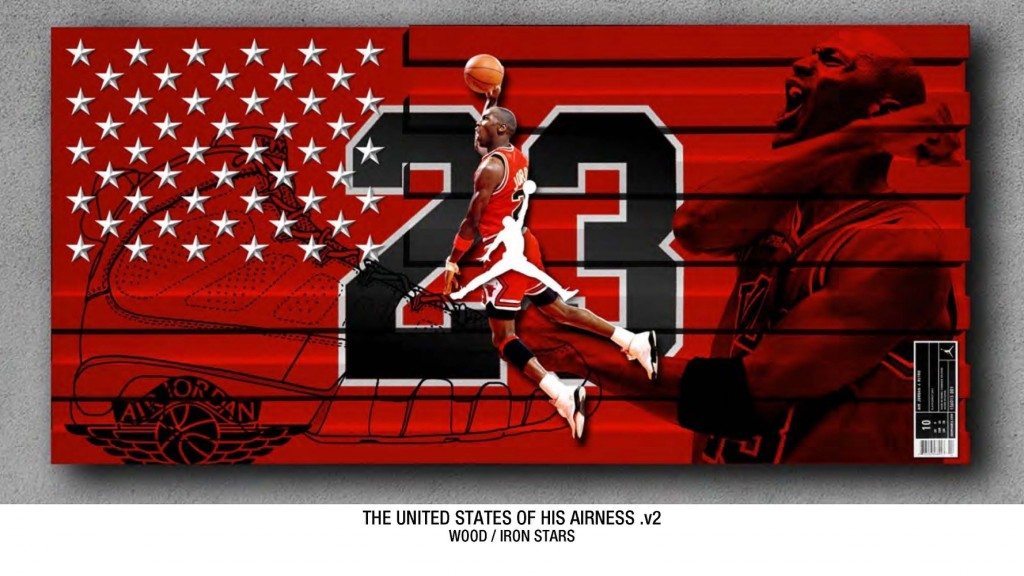 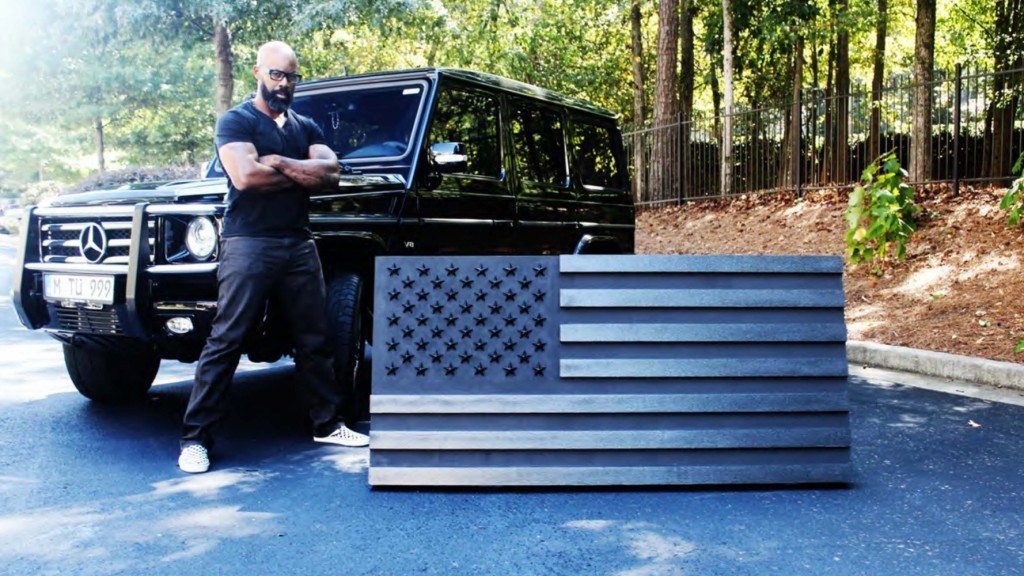 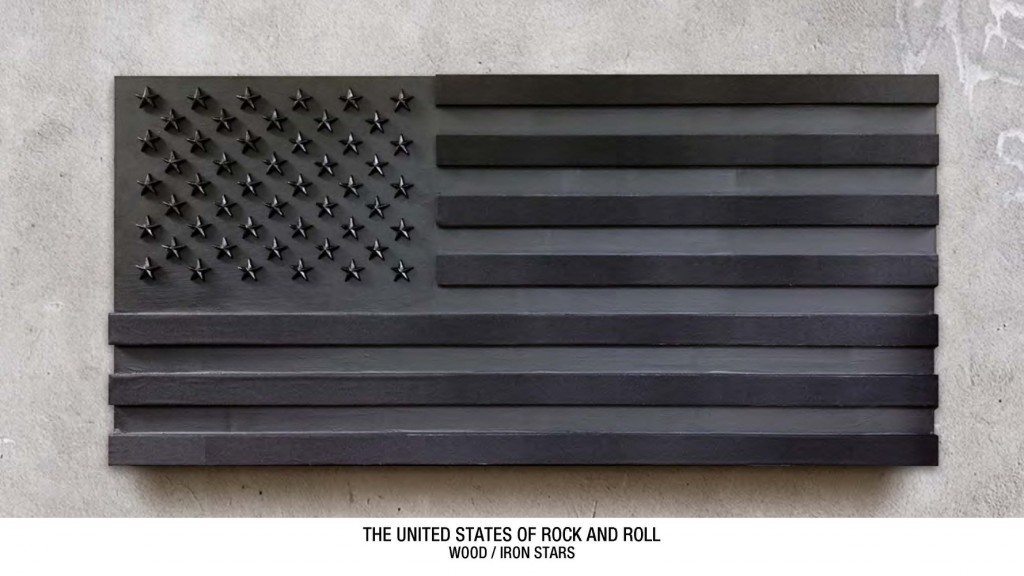