Home » Vibrant, Vivid Triangl’s are popping up on beaches everywhere! 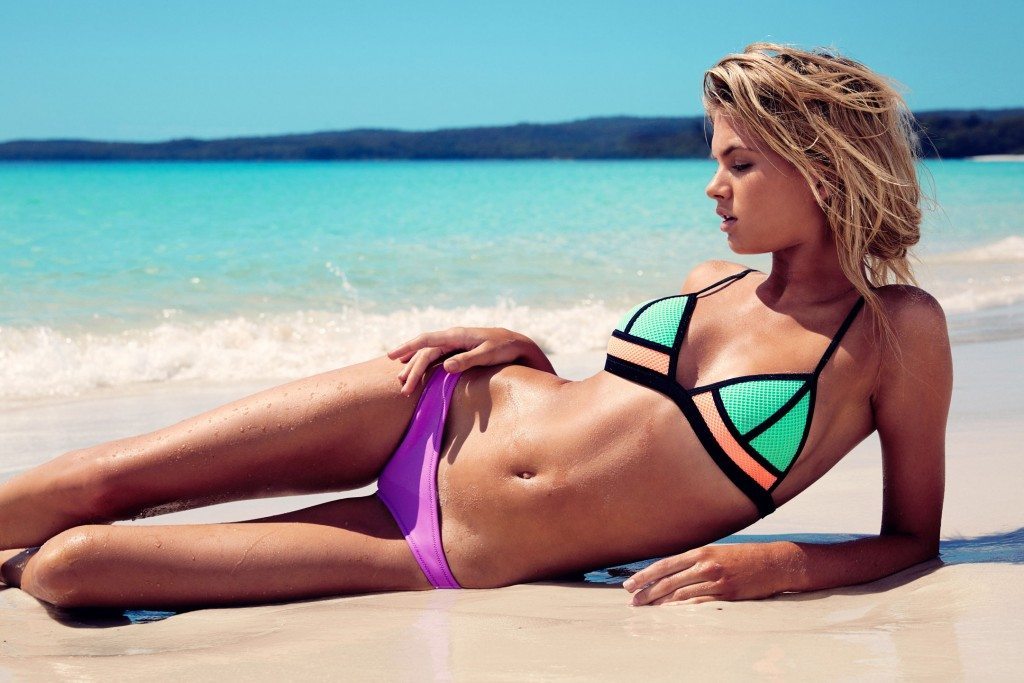 The Australian Swimwear company’s bold neoprene swimwear has caught like wildfire! Triangl expects to haul in $60 million in sales this year, more than twice as much as the $25 million in bikinis it sold in 2014.

The swimwear comes in a dozen designs, each with a selection of vivid hues. Popular styles include the Milly, a blazing neon two-piece for the particularly un-shy. Tops come in various forms: balconettes, triangles, and zip bandeaus.

The brand’s been profitable ever since it was launched in 2012, says its co-founder, Craig Ellis. “I had no idea it was going to be such a big year,” Ellis says. “We had a really strong period through spring break, and it continued through the summer.”

Triangle was born of the founders’ personal frustration with what they saw as a lack of fashionable swimsuits. The couple sold all their belongings to move to Hong Kong and start a swimwear label. At first, the goal was to sell one bikini a day, enough to subsist in their little apartment. This year, they’re on track to sell more than a million. 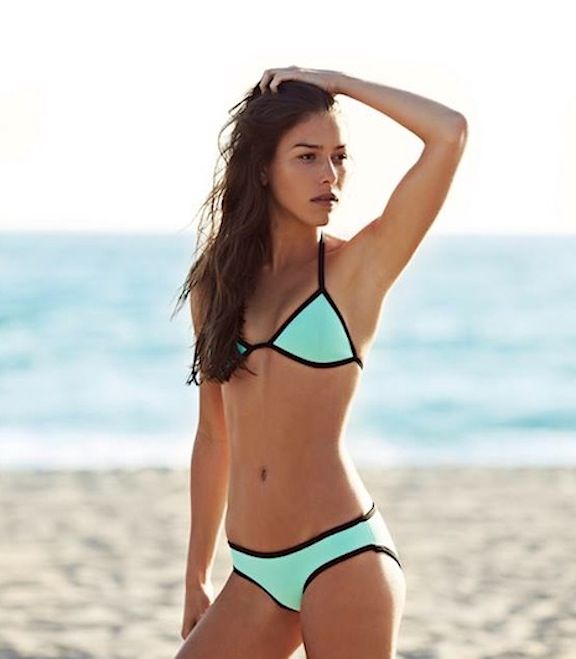 Lacking the funds to advertise through traditional methods, Ellis and Deering turned to Instagram and quickly found their groove. Their photos on the image-sharing network are a mix of sultry models in alluring poses and shots of paradisal beaches or pools. The account boasts nearly 3 million followers.

Ellis says the company’s big break came in 2013, when model and reality TV star Kendall Jenner appeared on a friend’s Instagram account wearing a Triangl suit. Jenner also touted the brand to her Twitter followers. While Triangl says it never pays celebrities, it made sure Jenner knew the brand existed by sending some suits to people in her social circle, Ellis says.

Celebrities have proven quite a boon to Triangl, with such pop stars as Miley Cyrus and Ellie Goulding blasting out photos of themselves in the bikinis to millions of their devout fans. Beyoncé wore a Triangl top in a music video. The company counts Kayla Itsines, the Australian trainer who built a fitness empire on Instagram, as another ally.

Now Triangl is battling a flood of knockoffs, with many emerging from such marketplaces as Alibaba. The duplicates keep Ellis awake some nights. Recently, while on a trip to Saint-Tropez, in France, he spotted a small store selling nearly exact copies of Triangl designs. There was nothing he could do about it. 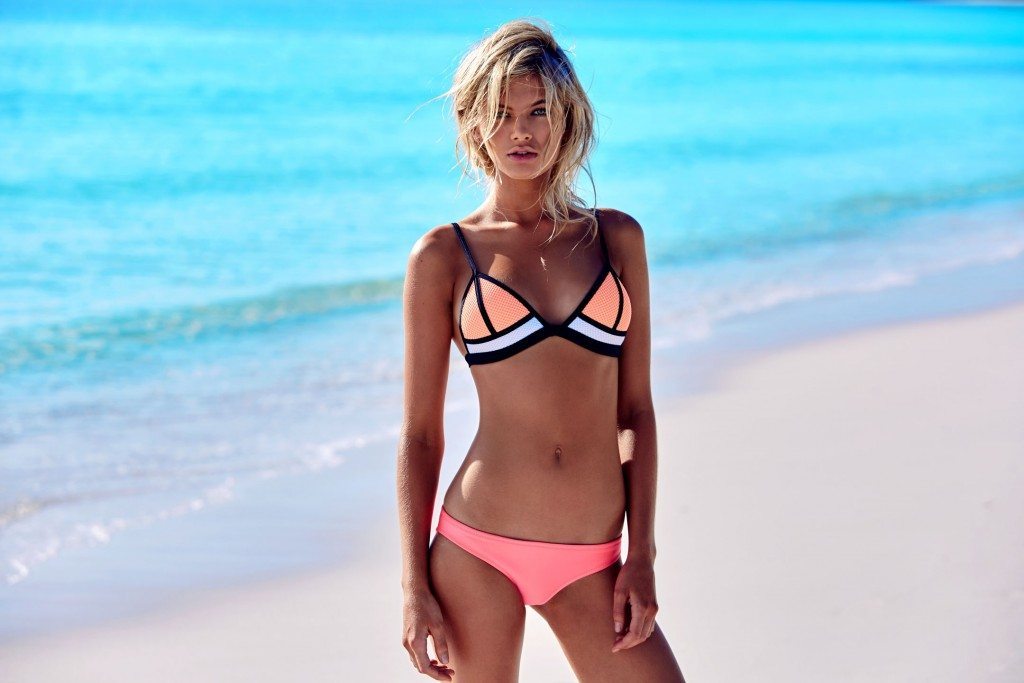 “It’s really frustrating,” Ellis says of his inability to stop copycats. “The biggest labels in the world with the best lawyers can’t even do it. Even Louis Vuitton deals with it all the time.” YouTube is filled with user reviews of “dupe” Triangle bikinis for shoppers who want a lookalike on the cheap. In June, Triangl’s fervent followers accused Victoria’s Secret of ripping off the signature color- blocked designs. Victoria’s Secret didn’t respond to a request for comment.

The official bikinis aren’t available in stores, as Triangl does no wholesaling — all sales are done through its website. The company also never discounts its suits, which cost between $79 and $99, depending on the style. It’s a conscious effort to maintain its image as the purveyor of a luxury item that’s still pretty affordable.

With the bikini business chugging along Triangl has its eyes on other beach gear now, such as towels, bags, and accessories. There are also opportunities to expand into underwear and activewear.