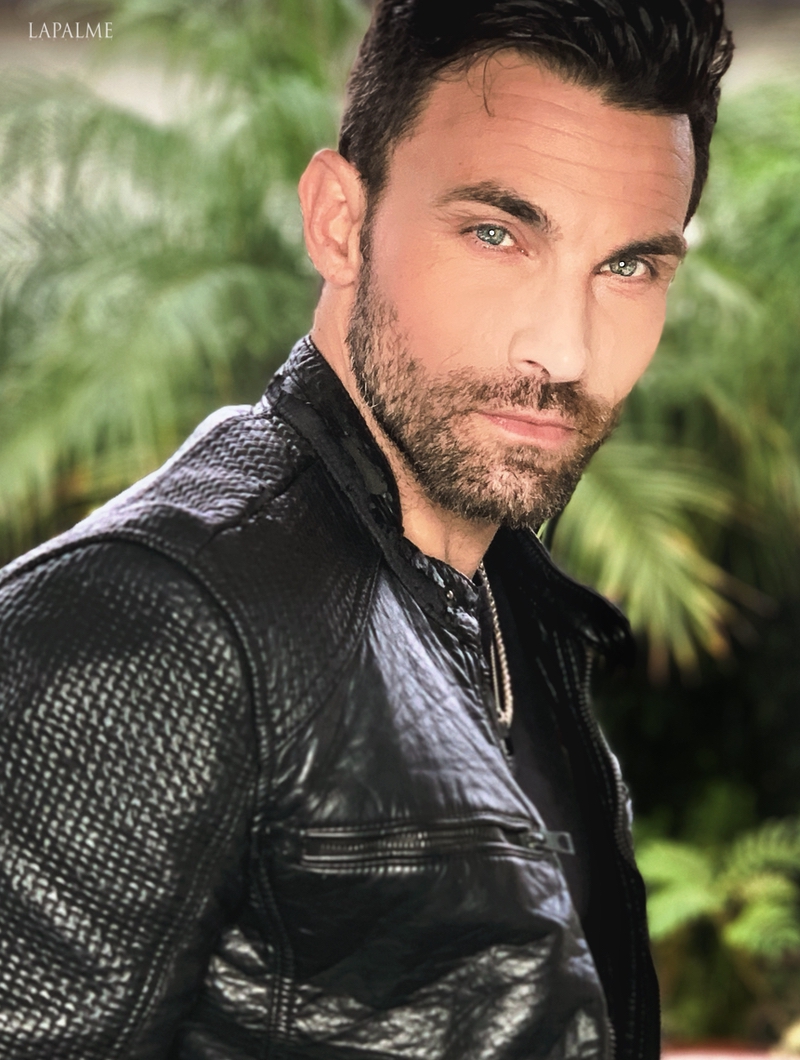 Jimmy Starr is an actor without much success, But who has everything required to become famous: He is Narcissistic, Bi-Polar, and addicted to sex. Should that not be enough, he happens to live in the ideal city, Los Angeles. Jimmy will not shy away from humiliating himself time and time again to attain his aim: Fame.

Starf*cker is a new film featuring the award-winning actor Erik Fellows in the lead role. Set in the world of the entertainment industry, the story revolves around the personal life of an acclaimed Hollywood actor unfolding the extreme opposite side of his eye candy life.

The film is about a narcissistic psychopath with ADD, BPD, and a sex addiction who tries to sleep his way to the top of Hollywood, only to find his world crashing down around him.

What drew you to this project?

The project was brought to me about 6 yrs ago by my good friend and Director/writer/producer Mark David. He brought it to me saying, so I wrote a script called ( Land of Milk and Honey) the original working title, he had written it 5 yrs before and never was able to pull it all together and had not met anyone that was right for the role of Jimmy Starr. His words and I quote were: I have this insane script I wrote about 5 years ago and after all this time I want to finally make the film. He continued to say, I want to make you the Lead role of Jimmy Starr, he said because you are him. He proceeded to explain to me who Jimmy was and the first thing I said wow! That’s what you think of me? hahaha. I said Idk man, I don’t think I want to take risks and 1/ making a MOVIE ABOUT HOLLYWOOD AND 2/  I’m scared to play a role this intense and offensive to Hollywood. So I originally turned it down. But since Mark is just a great salesman, after some time I was convinced to play the role of Jimmy Starr by Mark David. Next thing I know I fully trusted him and now found it my challenge to play Jimmy and bring him to life. Since the film is out and getting reviewed well, I look back and want to thank Mark David for believing in me and taking the chance on me playing the role of Jimmy Starr. It has been one heck of an experience and I’m so thrilled the audiences that have seen the movie so far have loved what we made.

How much of your own life/personality is represented in this movie?

I would say 50/50, Jimmy Starr is a lot like Erik Fellows in many ways . Now on how true the experiences were comparison to my own life experiences, well ummm  Let’s just say I have seen and been through a lot in my stint in Hollywood. Definitely, a lot was exaggerated in some ways for the comedy and audiences appeal. Jimmy and Erik walk with the same cadence and determination , I gave a lot of my personal and emotional understanding to this character that made it at times feel like it was my own story but also I gave Jimmy a calmer demeanor, also Jimmy is more of an observer where as for me I feel I am more aggressive and  attack situations differently. Maybe that is just all my years in Hollywood and feeling more confident at this point of my life. I would say there is many similarities between Jimmy and Erik which almost made it feel so surreal when the move was complete and I finally watched it on the big screen.

Are there any characters in your own life that you drew inspiration from?

I have met a handful of Jimmy Starr’s throughout my life,  I do have a very close friend of mine which I won’t mention the name but he definitely was an inspiration for me playing Jimmy, I came up with him in the early 2000’s when I first got to Hollywood and let me just say he definitely was a Jimmy Starr .. which all my experiences with this particular person help give Jimmy a real feel from the moment he was on screen; these real-life Jimmy Starrs 100% exist.

What’s next for Erik Fellows?

Well, I have a handful of films coming out in the following months, such as a romantic comedy titled Divorce Bait, which will be released later in the fall in theaters. I also have films No Tears in Hell, Zero Road, Sunlight, and Love is in Bel Air.

I’m also producing a new film – a psychological thriller/horror called A Beating Heart. I will be in as the lead, playing opposite Cybill Shepherd and My Divorce Bait co-star Vanessa Vasquez. I’m very excited about the upcoming projects.