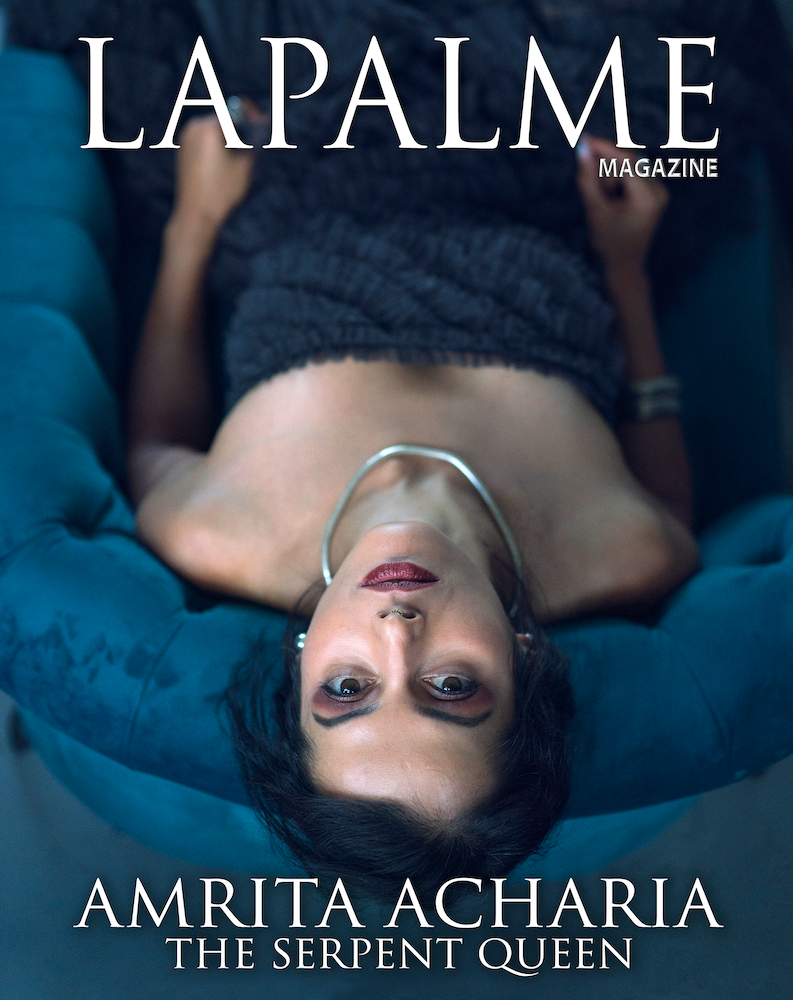 British actress Amrita Acharia is perhaps best known for her role as Irri, Daenerys Targaryen’s handmaiden, in Game of Thrones opposite Emilia Clarke as well as playing Holly Fox on Neil Cross’s The Sister for ITV opposite Bertie Cavell and Russell Tovey.

She currently stars in the Starz network’ The Serpent Queen, a period drama based on the book Catherine de Medici: Renaissance Queen of France by Leonie Frieda and she can currently be seen reprising her leading role as Dr Ruby Walker in the third season of Disney+’s The Good Karma Hospital with Neil Morrissey.

Her television credits also include Fremantle’s Frikjent and PBS’s Red Dwarf. Amrita’s film credits include Missing Link with Hugh Jackman and Emma Thompson, Genesis with John Hannah and The Devil’s Double with Dominic Cooper. Amrita also co-hosts the podcast series Rule Not The Exception with fellow actor Sagar Radia. The podcast is an inclusive space for interviews with creatives who have ever felt in any way different. They had a stand-out first season with guests including Russell Tovey, Himesh Patel, Nabhaan Rizwan, Jimmy Akingbola and more.

She sat with Lapalme Magazine to chat about life on and off set, her podcast, and her dreams for the future.

We seem to be coming back to some form of normality post lockdown, do you feel you have changed as a person, and did you start any new and interesting hobbies at all?

I was living alone during the lockdown and had a lot of time for the hobbies I often tend to push to the side in the allure of “productivity”. Being in an industry where you are often surrounded by big personalities and feel like you need to be “on” a lot of the time, solitary confinement gave me a new-found respect for downtime and investing time in simple pleasures and silence. These for me were reading, painting, cooking, canal runs, and my yoga practice. I could also really allocate undivided attention and detail to my weight training, which is a massive part of my life. The first thing I did after stocking up on hand sanitizer and cinnamon buns ( obsessed) was to invest in a barbell and pull-up bar at home! Since acting gigs were off the table for a while, I got more into writing and this moved into directing. I‘m just in post-production for my third short which I co-wrote with my writing partner Maksymilian Krupski, and it’s been an incredible experience to delve into the creativity behind the screen.
I do feel I have changed as a person- patience, which most would attest to definitely not being a virtue of mine, was something that I learned to add to daily life. I feel more aware of the kindness of strangers and of picking up the phone or making a face-to-face date with my loved ones. My biggest hobby, however, was training my covid-cat Remi to basically do dog tricks.

You are starring in the hyped new series, The Serpent Queen on Starz. Can you tell us a bit about the show, your character, and what filming on set was like?
Serpent Queen is Justin Haythe’s raw and edgy adaptation of Leonie Frieda’s book “The Serpent Queen” and follows the personal and political battles of the magnificent and cunning anti-hero that is Catherine de Medici. I play Aabis, a member of Catherine’s entourage of outcasts, and partake in her rise as an unrelenting ruler that won’t be outwitted. Aabis is of the Ottoman Empire and is someone who keeps her cards close to her chest. Like most of the women in the show, she is driven by a need for survival in a world where anyone can turn against her and the future is always uncertain. She knows the hand she has been dealt and will play whatever game is needed to stay in favor with where the power lies. It’s a show that is both brutally dramatic, devastating, and yet still darkly comedic.

You also co-host your own podcast, Rule Not The Exception! What made you want to start a podcast and how do you think it differs from other podcasts out there?
It was while I was filming ITV’s “The Sister” alongside Russell Tovey and I’d started (late to the game) getting into podcasts, one of them being his. I’d been trying to encourage my now co-host, Sagar Radia, to start a podcast that focused on unrepresented voices. At the time there didn’t seem to be a lot out there, especially for up-and-coming south Asians in creative fields. We wanted to create a space where conversations were relatable to people with similar backgrounds or upbringings, a shared experience in some way. We also wanted to show there are people “like us” out there going for it and living the dream, and that it comes with its own highs and lows like any process in life.  As hosts, we don’t go in with preconceived notions of our guests and don’t have a series of questions to get through – we love seeing what makes them tick and encourage the conversation to go wherever it goes. Our aim was always to celebrate the process and journey of our guests and their achievements, obstacles, and goals.

Who would be your dream guest to have on the podcast?
I would love to sit down with Kano, London Hughes, and Daniel Kaluuya.

What are some of your career goals and are there any specific roles you would love to play?
I’d like to direct my first feature and push myself creatively behind the camera. It’s such a different medium of creativity that I find incredibly satisfying and challenging. As an actor, my goals are always to be part of projects that dare to push boundaries and say something interesting. I look for intelligent writing that focuses on characters that are flawed, layered, and non-stereotyped. I’d love to play someone very different from myself, and ideally in the action genre, as it’s something I’ve always wanted to do. As a villain. Definitely a villain! I’d be quite keen to play an athlete at some point too- I’m incredibly fascinated by their mindset.

You are also a certified Advanced PT and Vinyasa Instructor -tell us how that came about?
I was a terrible waitress, which is what I tried as a side job post-drama school. I love movement and training, so it felt like a natural choice as a side hustle, and flexible enough to do alongside acting, especially with the rise of online platforms. You meet some amazing people and get to incorporate an incredibly powerful element of well-being into their lives through movement. I did yoga teacher training because of my love-hate relationship with yoga and my inability to be still. I always think if you hate doing something, more often than not, you need to do it and learn why. Training has always been an anchor for me, and I’ll always carve out time for it.

You have been a part of some great productions so far – do you have a particular one that stands out?
It’s so difficult to choose as each job has its own energy and experience with it. One that stands out from a craft point of view would be my first feature, “I am Yours”. It was a challenging role and based on the director’s personal experiences, so there was an interesting amount of creative pressure I put on myself and the role itself was a heart-breaking one to understand and not get frustrated at. As an actress, those are the roles you want. The ones that are a challenge to sink your teeth into and understand their behaviors in order to do them justice. Another standout from an all-round point of view, I’d say The Serpent Queen. Not only was it my first costume drama, with epic content and an incredible team, but I ended up with the most incredible posse of friends. Also, we filmed in France- what’s not to love?!

If you could give any advice to your younger self, what would it be?
Chill more, travel more, laugh more, and take more risks. Do you.

If you could have dinner with three people, dead or alive, who would they be and why?
My grandmother, who passed away in Nepal. I was close to her as a child and really wish we’d been able to spend more time together. My cat Remi, if he could talk because, why not. Leonardo Da Vinci because I’ve had a mild obsession with him since I was a kid. Legend.

How can readers stay in touch with you via social media?

My podcast, Rule Not The Exception, is available wherever you listen to your podcasts