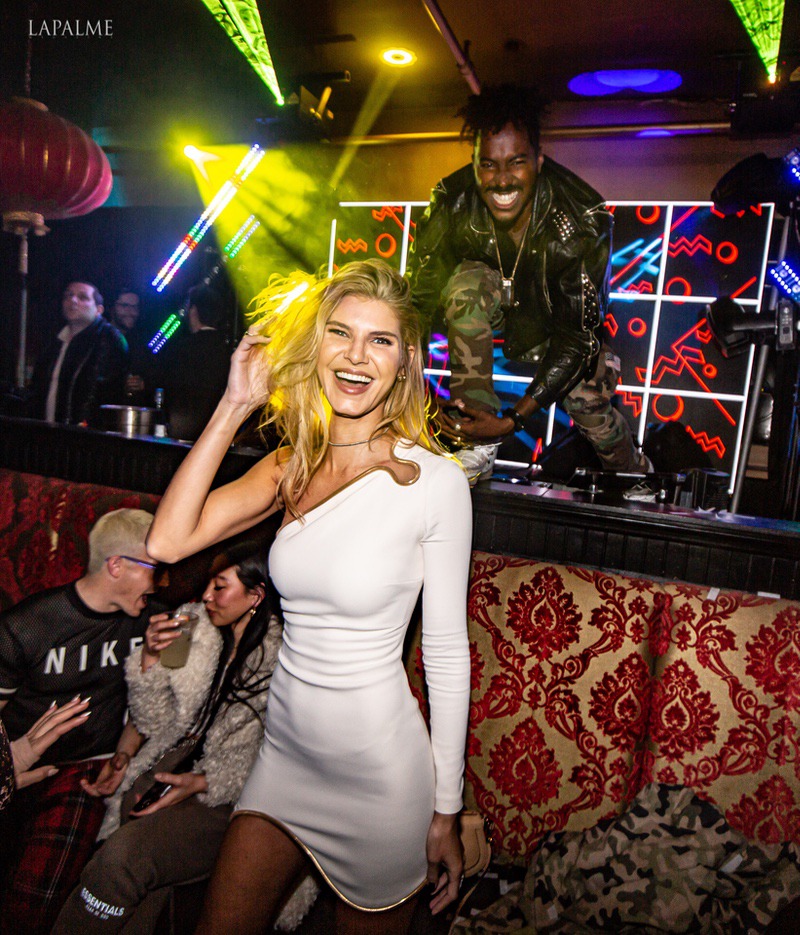 The Pop Up party by Zouk Group took over Red Lantern in Mammoth Lakes, CA. The venue’s red-lit ambiance featured a ceiling filled with red lanterns, laser lights and a 30 foot LED screen set behind the elevated DJ platform. Guests enjoyed beer by Heineken, specialty cocktails by NEFT ultra premium vodka and JAJA Tequila, plus Calamity Gin, and Brother’s Bond Bourbon, as well as canned wine by Maker, Prosecco by Gancia, and PATH Water which kept the crowd hydrated all night long.

Zouk Group in partnership with Mammoth Film Festival™ created an underground nightlife experience at Red Lantern, hosting festival VIPs for the high-energy event which featured energized live DJ sets by DJ Ruckus and DJ MisterE, as guests at the exclusive party escaped from the cold to warm up the dance floor and celebrate the 2022 festival.  Guests rocked Zouk nightlife beanies, gloves and hats as they celebrated into the late hours. SunStaches also filled the dancefloor with their fun themed glasses.

Mammoth Film Festival™ has been quickly growing in status and attention since 2018, making it a sought-after film festival that will only continue to gain traction and is supported by talented filmmakers from around the world, especially North America. Founded by Tanner Beard and Tomik Mansoori, the young festival continues to establish itself as a quickly growing and well respected player to watch in the festival circuit.