Home » THE VERONICAS – TAKING THE WORLD BY STORM 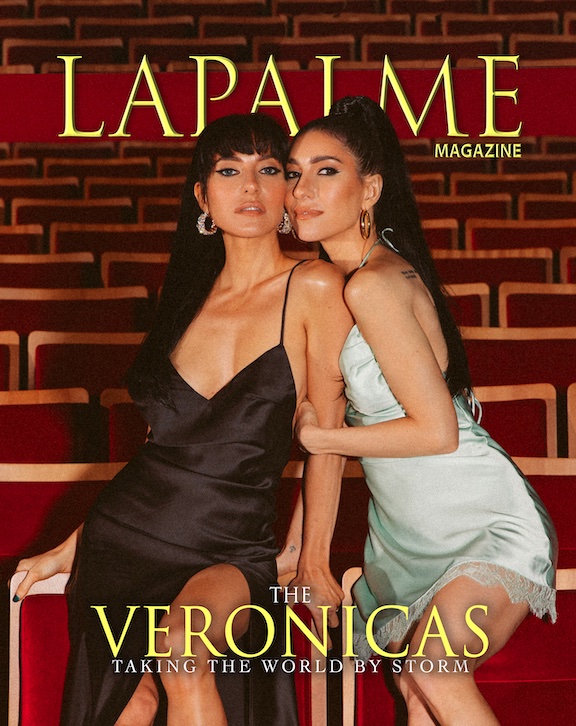 The Veronicas have been in the music business for nearly two decades. Their longevity is remarkable, but there are no signs of the identical twins, Lisa and Jessica Origliasso, slowing down. The multi-platinum-selling Superstars have seen their songs “Hook Me Up” and “You Ruin Me” top the Australian charts at number one. Their song “Untouched” was an international top-ten mega-hit. Lisa and Jessica recently kicked off their Australian tour and released their fourth and fifth studio albums just a month apart. Their latest albums Godzilla and Human are evidence that The Veronicas are still a force to be reckoned with. When they are on stage, they fully own the crowd, and the energy is insane. It has been almost seven years since their last album, The Veronicas, was released. However, they still created gold and platinum singles during their hiatus and performed at the most famous music festivals. Also, during that time, The Veronicas had to deal with the ups and downs of life. We always look at our celebrities as bigger than life, as a name like Godzilla would imply, but they are Human at the end of the day, like the rest of us.

It’s 2 am and Despite the early interview time, the twins were ecstatic to talk about their new albums, the tour, and the creative process. Even after thousands of interviews, I could still hear the passion in their voices when they talked about their craft. When asked how it felt to be on tour again, Jessica enthusiastically answered, “it has been incredible to be on tour again to share energy with everyone in the room after such a hard year and a half. We love performing. We’ve been performing since five years old, so it’s such a huge part of The Veronicas. So to be back on stage giving it our everything feels so good.” Lisa shared the same sentiment, “it has been amazing after a few years of putting together these two albums. To be onstage really connecting with the new music and fans again. To be able to have the blessing of being on stage playing music and celebrating being all back together. It is so special, and after the year we’ve had, we don’t take it for granted.”

In this day and age, the way people consume music is much different than in the past. Fans almost expect to hear new music from their favorite artist every year. Suppose artists fail to deliver new music to their fans. In that case, the machine learning algorithms of the primary streaming services will introduce them to new music. However, after a long hiatus, all of The Veronicas fans embraced them with open arms. Lisa spoke candidly about the hiatus, “You need to make space and time for life to happen, especially when you are a songwriter. You need to be living life and draw the inspiration to channel back into your music.” Jessica added, “There are so many different things that have happened in our careers. I think when you look at the bigger picture. You realize that because of the society we live in and the way we consume music now people think you have to be constantly working working working. Still, it’s important to be able to bring perspective, passion, and true motivation. Lisa and I call it inspired writing. Songwriting is the biggest part of how we identify ourselves as artists. It is really important to write from an inspired space and not just get into the studio and feel like you have to be churning it out for the sake of timelines or competition.”

Being in the spotlight has its ups and downs. Things are wonderful when you can create music and share it with the world. However, it can also be terrible when the media uses your personal life for clickbait and headlines. It is often said that mistreatment from the press is just the price of fame, but that is terrible because you never know what a person may be going through.

Jessica opened up about the trials they faced with their mother, “A very big part of The Veronicas and some of the time we took off, is because our mummy is our biggest fan and she is why we get to do what we love every day. She nurtured us growing up with her love of Rock and Roll. She would take us to musical theater. She is such a huge influence and impact on us as musicians and young women. We work with the LGBTQ community, Animal conservation societies like Sea Shepherd and Wildlife Warriors. It all stems from her and her influence in us giving back to the communities with our platform. She was our tour mom to the band and the crew. About five years ago, she was diagnosed with a rare neurological condition called Progressive supranuclear palsy. She has had a rapid decline in her motor and cognitive functions, and she is now in palliative care. It is a terminal illness that nothing can be done about. So we took a few years off music to look after her, up until about a year ago when she had to go into palliative care when it was beyond our ability to meet her needs.” Now, Lisa and Jessica work with The Brain Foundation to raise money for neurological research.

The Veronicas have endured a lot, but their genuine love and passion for music have kept them going. It is an excellent testament to their strength and a big part of their longevity in the music business. From their first demo recorded twenty years ago until today, songwriting is the foundation. While some artists may struggle to develop enough material for one album, The Veronicas created two. Jessica described their process “when we make albums, we do it the old school way, and that’s to write 100 songs and then curate it down to fourteen. We like a cohesive body of music and being able to thematically have something encapture that time and what it represents for The Veronicas. We realized that we had two thematic concepts that were obvious to us. Godzilla is bridging The Veronicas from the beginning to now, whereas Human is the now. All of the music on Human was written in the last year and a half to two years, whereas Godzilla, a couple of those concepts were started six years ago, and we finished them now.”

The Veronicas have been hitmakers throughout their career, and they have continued to evolve and reinvent themselves. Lisa explained “There is less of a formula to music now. There are fewer rules, and we absolutely love that. The ability to collaborate with different artists from other parts of the world. The possibilities are endless when it comes to people you can collaborate with and genres you can bend and twist. I love that radio can’t predict what’s going to be a huge hit. One minute it could be radio, and then the next minute it could be a song that blows up online, or Tik Tok, or any other platform.” Even though the music landscape has changed, you can still count on The Veronicas to make chart-topping music and deliver a phenomenal concert experience.

Note: Cover and alternates taken from the #JaggerXTheVeronicas @jaggerandstone collaboration.