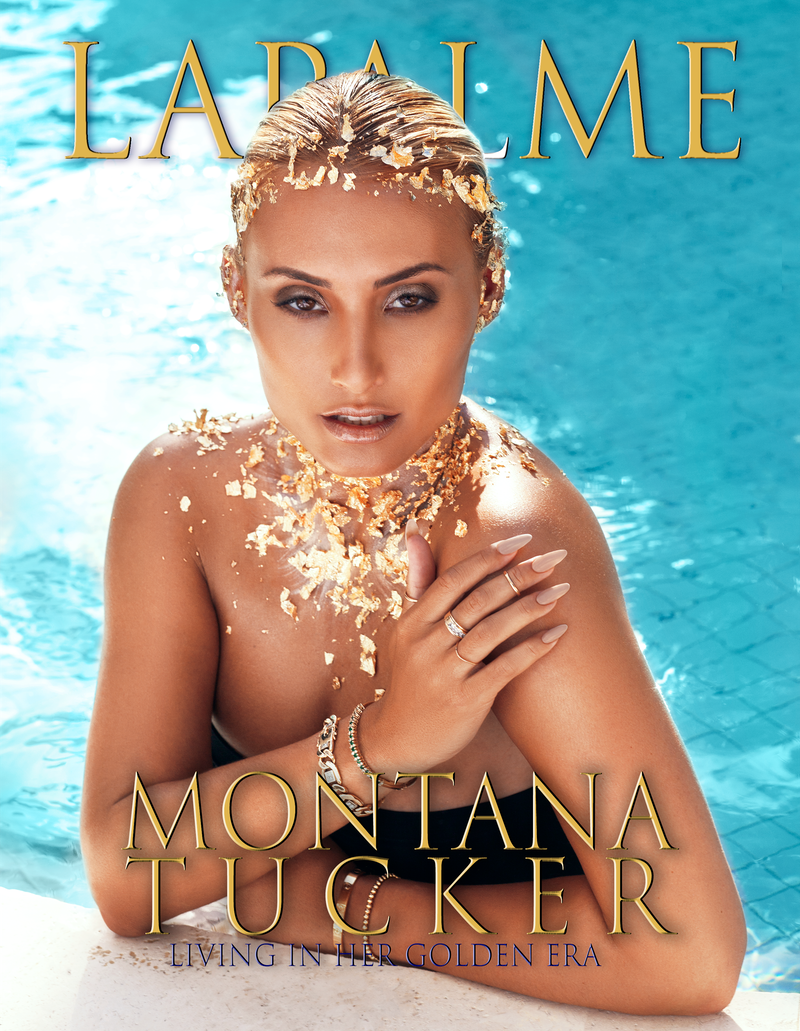 Widely recognized as JLo’s modern day protégé, Montana Tucker is an award-winning singer/songwriter, dancer, actress and social media sensation best known for her work alongside music’s biggest names such as Pitbull, Flo Rida, Ciara and Ashanti, and is adored for creating viral dances on TikTok with well-known stars. Aside from her combined following over 10M across platforms, she is highly recognized for her single “I’m Not Alone,” better known as, “the song that saves lives,” and most recently, her latest hit singles “Hola” and “Sunday Funday”, which have performed extremely well to date.

On May 17, Montana will be releasing “Be Myself” featuring social media mega-star Todrick Hall. Focusing heavily on themes of love and self-acceptance, the release is timed perfectly around Mental Health awareness month (May), followed closely by PRIDE Month, in June. It will also be Zumba’s anthem for their Pride Campaign. With each video made to the song with the hashtag Zumba will donate $1 to It Gets Better organization.

Last year the social media mega-star used her platform to pave her way into the music industry – her skill in social media marketing and entrepreneurial success alone set her apart from the millions of other talented musicians out there – and drove international megastar Pitbull himself to sign her to his record label to back her music.

Aside from focusing on making new music, Montana took 2020 to regroup and reinvent ways to give back to causes that are near to her heart. She’s always been a huge advocate for inclusion and acceptance across all walks of life. Her world-renown musical project “I’m Not Alone” has received high praise from the community for “saving the lives” of those who are lost, confused or feeling down.

She also contributes to the community as a “Celebrity Champion” of National Alzheimer’s Association. This year, she will team up with the highly regarded Dr. Agronin of Miami Jewish Health, and reputable exercise fitness program Zumba, to create a structured music and dance program within Miami Jewish Health’s MIND institute, that will combine music, dance movement and brain chemistry to boost the wellbeing of those with cognitive impairment. It will be rolled out across the globe, and the goal is to help millions diagnosed with Alzheimer’s Disease stimulate different parts of their brains, stay active, boost wellbeing, and bring some joy into their days.

Montana ignited her career at just eight-years-old by modeling in commercials for the likes of BMW before going on to dance for Ashanti and Ashlee Simpson. She made her debut as an artist by contributing “Ain’t No Stressin” to the Original Soundtrack album for the blockbuster Step Up 2: The Streets. Additionally, her track “Candy Swirl” popped up in a key sequence of and on the soundtrack for Bring It On 5. She teamed up with Flo Rida on the hit “Turn It Up” and went on to open for everyone from Ciara to Lil Wayne. She starred in a short film entitled Connie + Consuelo and the Multiple Daytime Emmy Award-winning digital drama series The Bay, as well as hosted the Streamy Purpose Awards.

How has 2020 and the new world changed the way you approach your social media and business?  Actually, in 2020, because of COVID, I have been the busiest I have ever been. Since people have been spending more time on social media platforms, it has given me more opportunities to connect to my fans and grow my fanbase. I also think because I have always used my social media platform to spread positivity and inspire people through my music and dance, more than ever before, people need and want to hear those messages. I get so many of my fans tell me I have helped them in so many ways and that they look forward to my postings because I motivate them to believe in themselves.

You have a loyal following of young, impressionable young women? What message, if you were in front of them, would you share to inspire but also keep it real?  I want them to be PROUD of who they are. I want them to be CONFIDENT and not let anyone change them. Also, as I always tell my fans, BELIEVE IN YOUR DREAMS!! I had it really hard growing up because I did a lot of modeling and commercial work when I was young.

I got bullied a lot. Other students would bully me verbally and make fun of me. I cried a lot and told my Mom I wanted to quit. My Mom told me the choice was mine, but I should never let others stop me from what I really want in life and from achieving my dreams. I did stop for a little and then realized my Mom was right, and I continued with my career.

I went on to become a professional dancer, danced for major artists, and then won the World Hip Hop  Championship. I started singing professionally (originally started singing and acting in school plays and choirs) and then had my songs featured in blockbuster movies!! This is why I advocate to NEVER GIVE UP ON YOUR DREAMS. I’m now living mine… because I didn’t give up!!!

How has the transition between the social media game into a legitimate music artist been for you?  Being a singer was always #1 to me. Social media just helped me get noticed in the industry, and now I am signed to the largest record label group in the world, under the giant hand of the Universal Music Group.

When can we expect new music?  I have two releases coming up, one on the 30th of this month and then the next release, which will definitely be a world ANTHEM; I feature Todrick Hall!! That song is being released on May 17th!!!

You’ve been vocal about mental health and body image? How do you, as Montana, move through to day-to-day life when you may not be feeling in your prime?  It’s hard. I’m not going to lie. Everyone thinks that I am so lucky, and my life is perfect. No one’s life is perfect. We all are human. When I have a bad day, I tell myself, “Life is a rollercoaster, when a rollercoaster goes down, there is only one way for it to go, and that is UP, so Montana, this will pass, things are going to go up again, good things are ahead, be patient!!” I also work out a lot and love to hike, which is great for you emotionally and physically. I love being outdoors; it helps clear my mind. Regarding body image, it’s hard, especially in an industry like mine, but again, it’s about loving who you are, not worrying about what others think because when it comes down to it, loving YOURSELF is the first step to SUCCESS!!

How does fashion play a role in shaping your brand and, more so, your day-to-day life?  I love fashion. I feel that the style one wears tells a lot about who they are. Fashion is a STATEMENT!!

What is it about dance that you feel unites people no matter their differences?  Dance is a way to express yourself; it’s a universal euphoria.

Tell us about your love of ZWF and our fave chimpanzee in the world Limbani?  I have been following Limbani since he was a baby. I feel a connection to him. I can’t really explain it, but it’s definitely a strong connection. I find myself, almost daily, looking at his Instagram to see what he is up to and how he is doing. When I am in Florida, I try to go to see him and all the animals at the ZWF. There is so much love between the employees and the animals. It’s so comforting to see these animals being so well taken care of. It’s my favorite place to visit!!

Florida or Los Angeles? Trick Question. Perhaps what is it about your roots in South Florida that allow you to remain so grounded in the big bad world of Hollywood?  Thank you for saying that, and yes, I will never change who I am. I don’t care how much money I make or how much fame I get. My main goal in life will ALWAYS be to HELP others to believe in themselves and love who they are. I am so blessed to reach so many people through my music and social media platform who really need this message. I literally thank each of my fans through DM’s who write me and thank me for helping them through this rough road we call LIFE! I’m getting goosebumps just writing this now. I love helping people. I LOVE LIVING MY DREAM. Now, for everyone who reads this, PLEASE DON’T GIVE UP ON YOUR DREAM…YOU GOT THIS!!!

What’s next for Montana?  New music coming out; one song hopefully will be the next ANTHEM!! I seriously can’t wait for touring to open up, hopefully, real soon, so I can start my WORLD TOUR and see ALL my beautiful fans around the WORLD in PERSON!!!!!!!