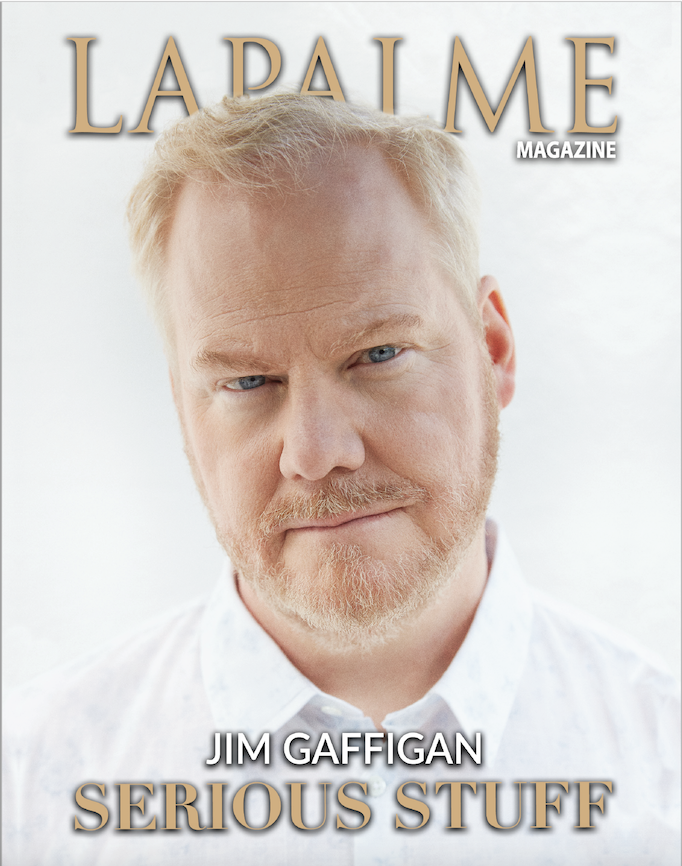 Jim Gaffigan made the Forbes list as the number three comic of 2019. That fact alone should tell you how incredibly funny he is. People do not spend their hard-earned money to see a comedian that is just OK. Not only is Gaffigan a stand-up comedian, but he is a writer, actor, and producer. He has a large variety of content, and it is all hilarious. Five of his stand up specials are currently available on Netflix. His second Amazon special “The Pale Tourist” is available to stream now.

Gaffigan traveled the world, meeting locals, and learning about their culture. He then transformed those experiences into stand-up sets tailored to each place he visited. If I tried to list all of Gaffigan’s hilarious work, it would take up pages. He has a self- titled TV show, two best-selling books, films, and a YouTube channel where you can see his cooking show and find other bite-size pieces of content to keep you laughing.

The adage “Laughter is the best medicine” is backed by numerous studies. According to the Mayo Clinic, and many other studies, laughter creates endorphins and endorphins boost your immune system. In comparison, one minute of stress or anger can compromise your immune system for up to six hours. Now, I’m no doctor, but as the country begins to open, I would prescribe a healthy dose of Gaffigan’s comedy to everyone. Laughter also relieves stress and physical tension, leaving your muscles relaxed for up to an hour. Stress hormones decrease, and immune cells and infection-fighting antibodies increase, thus improving your resistance to disease.

Currently, Gaffigan has gone back out on the road with his Drive Thru Comic Tour. He explained that out of all of his creative endeavors, stand up was the hardest adjustment during the pandemic. “Stand up is something I’ve done for 30 years, like 300 nights a year. There’s a necessity for the audience to have a conversation, and it’s very intimate. Right now, I’ve only done one of these drive-thru shows where it was a thousand cars at a horse track in New Jersey, and it was great. Was it as monumentous as Radio City Music Hall or The Disney Theater in Orlando? No, it wasn’t, but it was Stand Up. It was live, and there was communication there. People were sitting on the hoods of their cars, and some were inside their car listening on the radio. But all were focused and laughing.

The year is barely halfway over, but it has taken a lot out of us. It has changed the way we work and how we interact with each other. In some ways, this has been good. Some of us have gotten to work from home and slow down enough to reconnect with family. At the same time, others are happy to finally be free to move around again and return to work. Gaffigan described 2020 as the longest year that’s ever existed. He revealed that his creative process also took a hit. “Being a comedian and an actor, and, a writer, the three different things were affected drastically different. As a writer, I can continue to do it. The adjustment is that I don’t have the downtime that I used to have because there’s a pandemic, and I’m with my five children and my wife. The acting is frustrating because I was gaining some momentum, but that’s less emotionally damaging because I’ve gone through periods where you don’t get acting jobs. You just hit a dry streak.”

It was a chore for us to remain positive while cooped up in the house for so long. Graduates had to have virtual graduations while anniversaries and birthdays celebrate on Zoom. Gaffigan used YouTube to release his creative energy. “Seeking creative fulfillment, I’ve done that mainly through the CBS Sunday Morning commentaries and my YouTube channel where I’ve done different shows. Those shows are “Let’s Get Cooking,” “Mike and Pat Show,” and daily stand up clips from my eight specials. That’s my outlet; it’s YouTube because it’s such a forgiving platform.”

In today’s climate, there is not a whole lot of forgiveness to go around. Every day a celebrity is falling victim to #CancelCulture, or a prominent brand is added to the boycott list. The need for comedy is high, but the laughs have been hard to come by. Gaffigan explained how he’s able to remain funny while being sensitive to the times. “This is not a super fun time. We are not only dealing with a Pandemic, but there is a social crisis occurring where you don’t want your attempts at humor to be perceived as indifference to very serious situations. It is a very nimble process. I can be an idiot in an episode of “Let’s Get Cooking,” but if I’m doing CBS Sunday commentary, it changes week to week.”

The phases of reopening have also been ever-changing. We have had to adjust to parts of the country that have reopened and closed again. But, despite the uncertainty that lies ahead of us, we will have to change. When I asked Gaffigan about the concept of moving towards a new normal, He pinpointed, “It’s a paradox, right. If something’s normal, it can’t be new and, if something is new, there’s nothing normal about it. But; that’s kind of the day we live in.

I’m not sure of anything these days, but I believe in the science of laughter. Personally, it has helped me get through the past few months. This interview gave me an excuse to turn off the 24-hour news coverage of the pandemic, protests, and partisan politics. It gave me a reason to laugh, and I felt better as a result. Gaffigan shares my level of uncertainty, and he joked, “Hang in there. We’ll get through this. Hopefully. Maybe. I don’t know.” Nevertheless, while we try to figure it all out; we must continue to laugh.