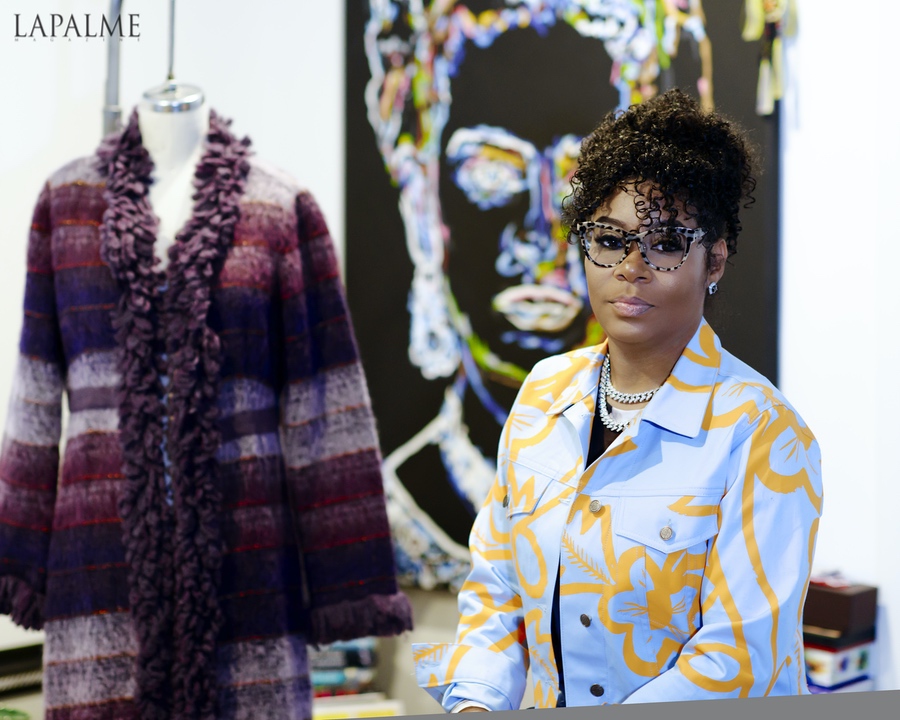 Marci Rodgers always had a passion for fashion. Still, it wasn’t until a meeting with Spike Lee that ultimately changed the course of her career and promoted her to one of the most sought after Costume Designers in the industry. On Spike Lee’s Golden-Globe nominated BlacKkKlansman, Marci was presented with the unusual task of costuming the Ku Klux Klan.

“Early on in the prep, I looked at a lot of documentaries on the organization, and in my research online, I was able to find a handbook on all of the Klan’s robes and what they meant. I showed that to Spike and the production designer, and I think it opened up even more of a creative world for us.”

Like the rest of the world, the costume designer couldn’t help but be triggered by the sight of these robes – and yet – she “still wanted to be an artist and make sure the look was depicted accurately.”

As one of Lee’s proteges, Rodgers got her big break as costume designer on the Netflix series, She’s Gotta Have It, inspired by his 1986 film. Working under Lee, Rodgers learned several lessons, one being how to bring intention to every visual choice she makes.

“When Spike gave me a call and said that he had a script for me to read, I read it and immediately took a step back, and went to watch Birth of a Nation and Gone With the Wind just because those two films play a part in our film. I then started to dig deeper and into ’70’s costumes, how it related to Ron Stallworth and the Black Student Union, researching to get a feel of the era.”

Not only did Marci perfect the 70’s costumes in BlacKkKlansman, but she was tasked with styling the actors who would play the Wu-Tang Clan for Hulu’s biopic series Wu-Tang: An American Saga and Marci really captured the essence of the ’90s.

“I went back to my memory for that. I would look at old XXL and VIBE magazines and just put the pieces of the puzzle together. It’s important to understand that the Wu-Tang were developing their own sense of fashion. For them, it was what was most popular at the time – they had no idea it would be so big.”

“I put together a cookbook that was over 200 pages long, and I shared that with RZA and Method Man for feedback. Then I started to build the closets for each character. RZA had his own style back then. One thing I noticed with RZA is that he always had on a bandana. So, in the series, Bobby, RZA’s character, is always wearing a bandana in the studio. You see that the character Sha, who is Raekwon he wears a lot of Polo. ODB wore brands, but it was more about the way he styled it. That was pretty cool for me because I didn’t want him to look like a clown. I wanted him to look fly.”