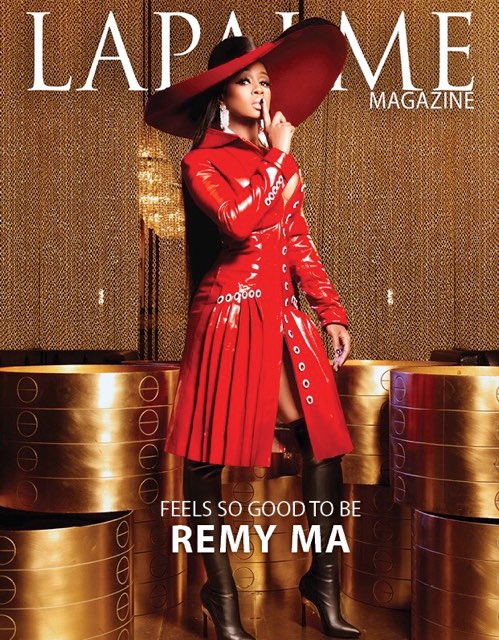 Growing up in the Bronx, Remy Ma started rapping early and quickly connected with rapper Big Pun. After his death, Remy Ma joined Terror Squad, dropping mixtapes and features on Terror Squad hits like, “Lean Back.” She was nominated for a Grammy and, in 2006, released her first album, “There’s Something About Remy: Based on a True Story.” Fast forward ten years and Remy won 2017’s Best Female Hip Hop Artist at the BET Awards, released a collaborative album with Fat Joe, signed a major record deal and has been busy working on a second album. To say she’s been busy is quite the understatement.

After “All the Way Up,” her hit single with Joe, went double platinum in the U.S – Remy was unsure she’d seek the backing of a major record company again. What changed the game for her was finding a home that respected her as an artist. One that gave Remy the creative control of an independent artist. She had a plan, and she stuck to it. She reestablished her music-industry presence. There was more to come. In 2015, Remy joined the cast of VH1’s reality series, Love & Hip Hop: New York, establishing a footprint in another medium.

Remy Ma always had something to say, growing up. An honor roll student, she wrote poetry about growing up in the Castle Hill section of the South Bronx. With a tough upbringing, the experiences led her to rap about more profound subjects. At 13, she recorded her first song titled “Suicide.”

Remy continued to write her own rhymes and soon became Big Pun’s prized pupil, present for most of the Yeeeah Baby sessions. Remy spent those sessions soaking up basic song structure, the importance of concepts and a strong chorus, and more music knowledge. Remy knew precisely what to do when she got behind the mic. You can keep up with Remy Ma by tuning into VH1’s Love & Hip Hop: New York on Mondays at 8 pm EST.